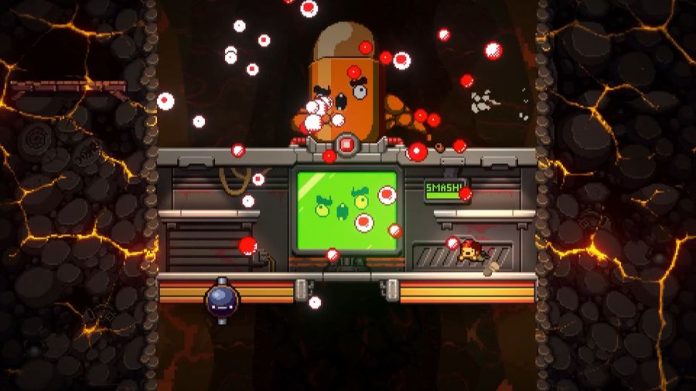 Imagine a roguelite where, instead of meticulously exploring every level, you’re fleeing as the walls crumble around you. Never mind treasure; getting out with your life is all that matters.

That’s the premise behind Exit the Gungeon, but does it deliver? Read on, preferably while escaping an exploding complex with an strangely calm countdown echoing in your ears.

Unlike Enter the Gungeon, which was top-down, this semi-sequel is a platform-based shooter, though it shares the original’s gorgeous toon aesthetic. Permadeath plays a part, so lose all your hearts and you’re back to the entry hall, beginning your escape all over again. You can pay to have items added to the vertical dungeon’s object pool, but you’re stripped of all and any accoutrements each time you die.

The good news is that you have a move, dodge roll, that makes you immune from damage while you’re doing it. Provided you’ve timed it correctly, you can elude a hail of projectiles without a scratch. If you’ve ever played a bullet hell shoot ’em up, you’ll know what you’re in for – but the snag in Exit the Gungeon is that you also have to contend with gravity. For a split second you feel so smug that you eluded a hail of bullets. But then you realise you’re tumbling back into the path of the enemy that launched it. Ouch. 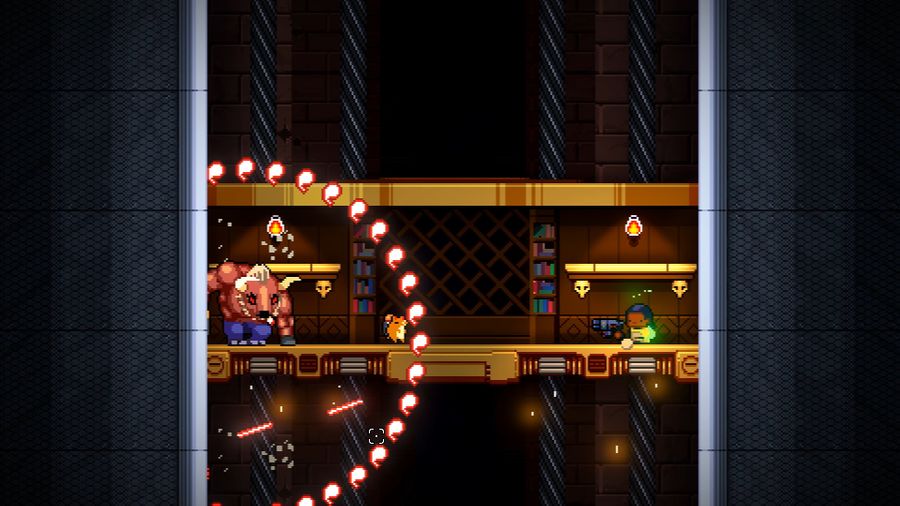 The cartoon enemies you face are suitably madcap; you’ll combat hat-wearing bullets, parrots, oversized knights, sentient iron maidens and that’s just the regular foes. The bosses (I won’t spoil the surprise) are so gloriously ridiculous that you’ll almost forgive them for forcing you to dodge a catherine wheel of bullets. Yes, you’ve lost half your hearts to their onslaught, but they’re just so adorable!

What’s harder to forgive is Exit the Gungeon‘s lack of momentum, which is odd given the game’s basic premise. All of the characters in the entry hall impress upon you the need to escape, that the follies of previous adventurers have doomed the Gungeon. And so, you scramble onto a lift, fending off monsters as it rises. Then it stops, and you have to duck into a side chamber to fight some more enemies, with more platforms to hop around. Then it’s back to the lift, a few more chambers, then a boss, then it starts all again. There’s nothing inherently terrible about this kind of level layout, but there’s no sense of urgency. It’s the escape scene from Aliens, except Ripley and Newt stop every two minutes to have a sit down and a biscuit. 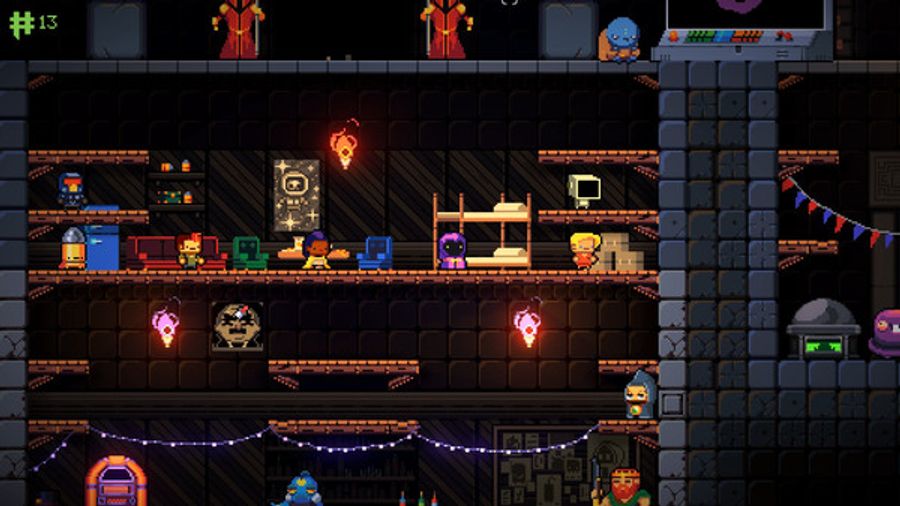 There are some absolutely amazing weapons in Exit the Gungeon. At one point my gun grew a massive Lovecraftian tentacle which I used like a gigantic windscreen wiper. It was an amazing, grin-inducing moment, one of a several I had playing Exit the Gungeon. But you have no choice in the weapon bestowed upon you; it’s supposedly linked to your combo counter but the guns are so diverse you can find it swapped out with a “high level” weapon that’s less useful against your current foes.

One minute you’re firing ordinary bullets, doing slow-but-steady damage to a lumbering foe. Suddenly, you’re given a short-range bubble gun instead, forcing you to get close to someone who wields a sword the size of a small truck. Make sure to plug in a controller though, this game is not keyboard friendly. 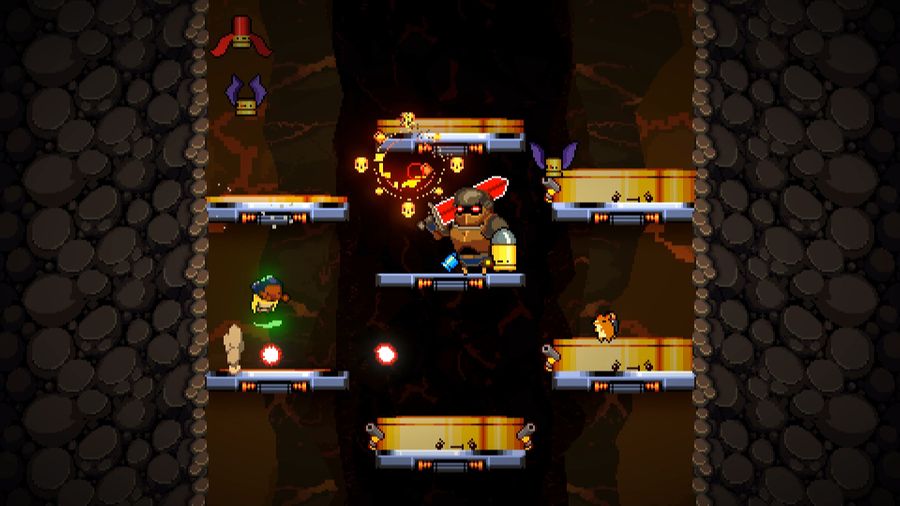 “Exit the Gungeon is, at its best, a fun but shallow shooter, which doesn’t really deliver on its appealing premise”

The humour’s a bit hit and miss but when it lands, it really lands. Conquering Exit the Gungeon‘s trickier bosses can be satisfying, but then you realise, after putting all that effort in, that you can avoid 90% of boss attacks just by constantly dodge rolling across the screen. Compared to its predecessor and other similar titles, there’s little scope for strategy. Sweet success is soured by the game’s random elements, too; you didn’t work to get that laser cannon, the game gave it you for largely arbitrary reasons. And then it took it away and replaced it with a blunderbuss that fires old socks.

If you’re expecting a full follow-up to Enter the Gungeon, with the same degree of depth, you’ll be disappointed. Exit the Gungeon is, at its best, a fun but shallow shooter, which doesn’t really deliver on its appealing premise. But if you’re prepared to take this light and fluffy sidequel for what it is, there’s still joy to be had on your way out of the Gungeon.

Exit the Gungeon is available on PC, Switch and Apple Arcade. We reviewed the game on PC with a code provided by the publisher.