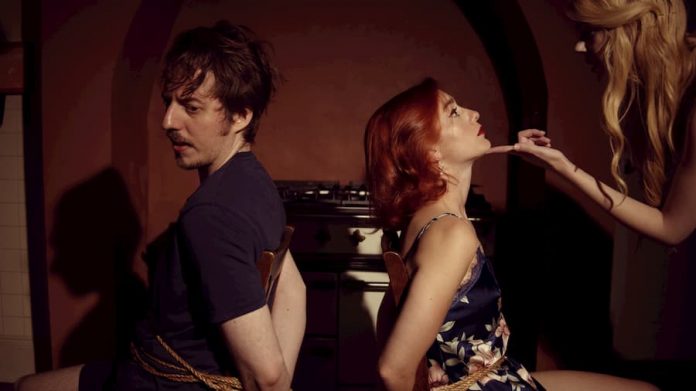 Master of the FMV genre, D’Avekki Studios, has just announced the release date of its next game: Dark Nights With Poe and Munro will release on PC on 19th May.

Announced last year, Dark Nights With Poe and Munro is set in the same universe as the studio’s previous games, The Infectious Madness of Doctor Dekker and The Shapeshifting Detective. If you played the latter, then Poe and Munro will likely be familiar to you: they’re the hosts of a late-night radio show that appeared throughout the game.

Now in a title all of their own, Dark Nights With Poe and Munro is made up of six TV-like episodes. Set in the small town of August, each episode will focus on a different supernatural happening that the radio hosts find themselves involved with.

There’s almost five hours of full HD video, but you won’t see all of it in one playthrough. Like D’Avekki Studios’ previous titles, the route you take through the game will determine what scenes you see and, ultimately, what ending you get.