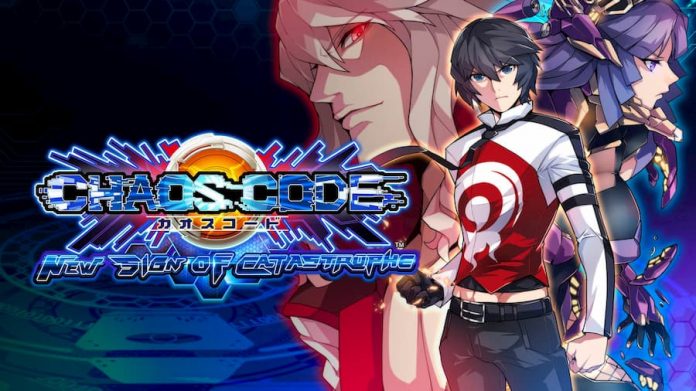 Arc System Works has announced the release of the newest instalment in the hi-speed 2D fighting series, Chaos Code. In Chaos Code: New Sign of Catastrophe, “Chaotics” is the sole source of energy for the world. When the inventor of this energy dies and leaves only the words “CHAOS CODE” in his wake, the entire world scrambles to find the meaning behind it.

After failing to control the chaos, The United Earth government offers a reward for anyone that can make sense of these words left behind by the inventor.

Chaos Code: New Sign of Catastrophe originally released on PS4 and PC back in 2017. Three years later, it’s now available on Switch, allowing players to take part in its hi-speed fighting action wherever they are.

This entry introduces two new characters to the series: Lupinus and Ray, rounding up the diverse cast to 16. Each existing character has had some new moves added to their repertoire, too.

New Sign of Catastrophe packs in six different game modes: Arcade, VS, Survival, Practice, Mission and Score Attack. Arcade is the game’s bread and butter, allowing players to work through each character’s individual story. VS mode allows two players to battle it out locally, as well as jumping into a quick match with the CPU. Players can also customise their characters and unlock new content as they play.

Chaos Code: New Sign of Catastrophe is available now on Nintendo Switch for the bargain price £8.99/$9.99. For that, you really can’t go wrong. For more information, visit the game’s official website.