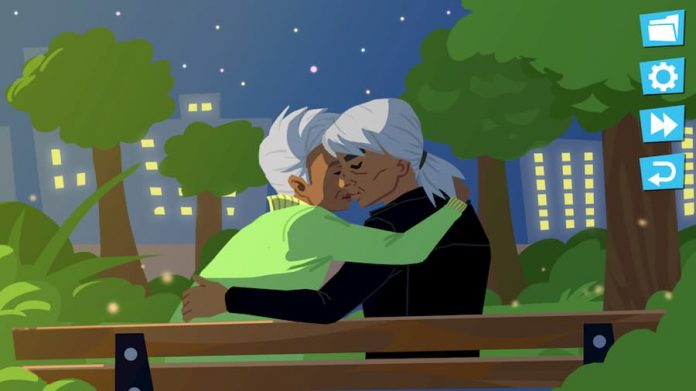 That’s how everyone who lives in Ye OLDE Retirement Community (short for Ocean View Living Domicile for the Elderly) feels, anyway. They’re still sprightly and ready for action. And so is your character, if that’s how you want them to be. Dating simulator Later Daters from Bloom Digital Media encourages you to develop friendships or maybe more with a close community of over 60s as you live out the rest of your days together in a retirement community.

Right off the bat, Later Daters is incredibly inclusive. There’s a wonderfully diverse cast of characters living in the building, and your character can also be pretty unique. You’re only able to choose between three character designs for them, but you can choose their gender as well as their sexuality identity, and the sexual identity of their late partner.

You’ll also get to choose a pet for your character – whether it be a cat, dog or robot. You know, the three most common pet types. These choices means there’s immediate replayability to Later Daters; the kind of character you create and the life you choose for them opens up lots of different dialogue options each time you play.

Once you start playing you’re introduced to Esther, from the welcoming committee, and Crystal, your neighbour across the hall. Crystal keeps getting suspicious calls on her cell phone and moves into Ye Olde with only one suitcase; already a bit of drama and intrigue to hook you into the game’s narrative. When your cat, dog or robot makes a run for it, you’ll chase after them – and that’s how the game introduces you to most of the other cast of characters. 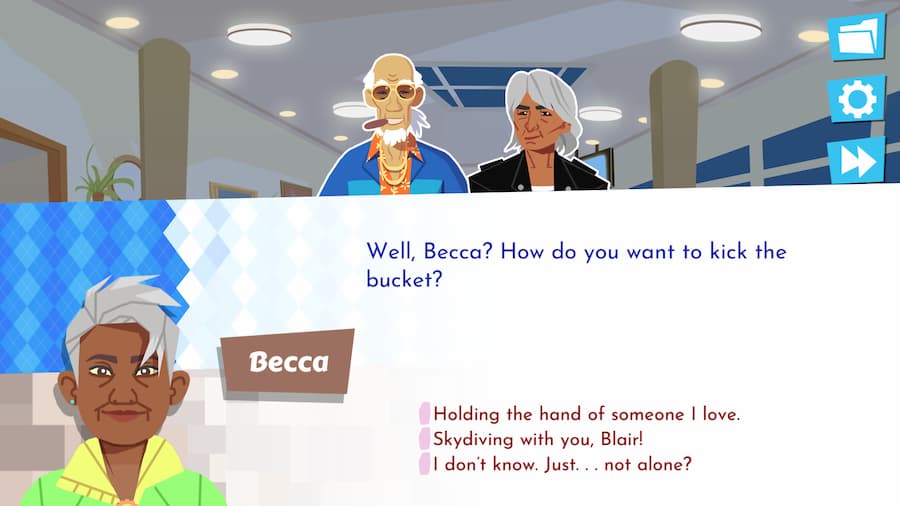 Along with others, you’ll be interacting with Mariana, a chill bisexual who loves yoga; Jax, a famous rock star; and Blair, who sets up his own poker tournaments. They’re all unique in their own way – and they’re all looking to make some whoopie with you. Potentially, anyway.

It’s up to you to decide who’d you like to romance (if anyone), and Later Daters makes it pretty easy to choose, unlike other dating simulators that can leave you guessing. You’ll often be asked to make a dialogue choice that will make your intentions obvious. For example, choosing “I’d go anywhere with you” over “Yeah, I guess we can go together” can mean the difference between getting some and getting none. 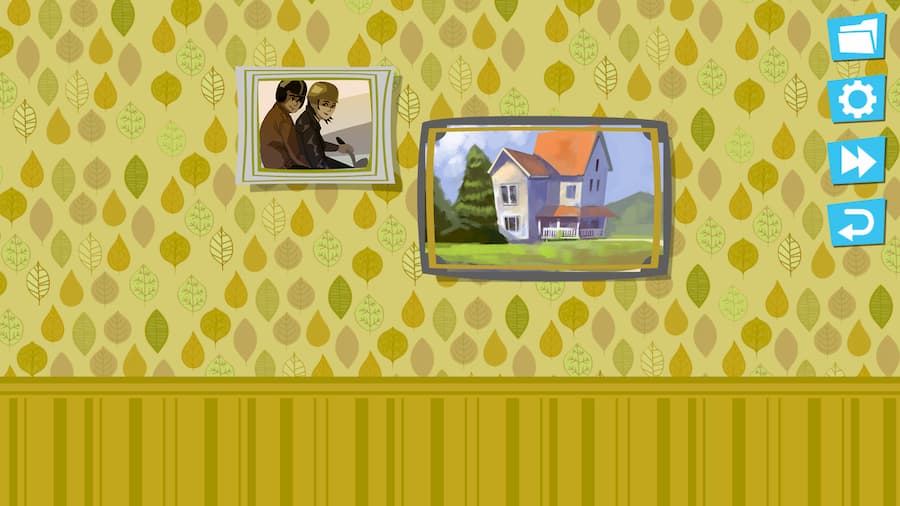 But that’s the lovely thing about your character having lived most of their life already: there isn’t a huge amount of pressure to make a move in Later Daters. For example, during my first playthrough, I wanted to romance Jax. He’s a rock star dreamboat; who wouldn’t? But I also, somehow, made Mariana and Blair believe that I was also interested in them. When propositioned to go on a triple date, I was taken aback and a little overwhelmed. They noticed I was a little uncomfortable by the triple date idea, and so made sure I knew we could also just go as friends. In the end, I made sure they knew I only had eyes for Jax.

But the fact that you could enter into what felt like a polygamist relationship with three people at one time? Now that’s what I call living.

Only part one of Later Daters is available right now, covering the game’s first three episodes, taking around an hour to complete. But I’m hooked; I can’t wait for the final episodes to release. Having a dating simulator about people who have already lived most of their lives is an interesting one. They have stories and experiences and memories to share with you – and it’s an incredibly lovely experience.

Later Daters Part One is available now on PC and Switch. 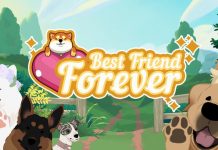 Best Friend Forever is Adorable, But You Should Probably Play on PC 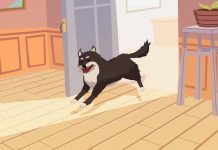