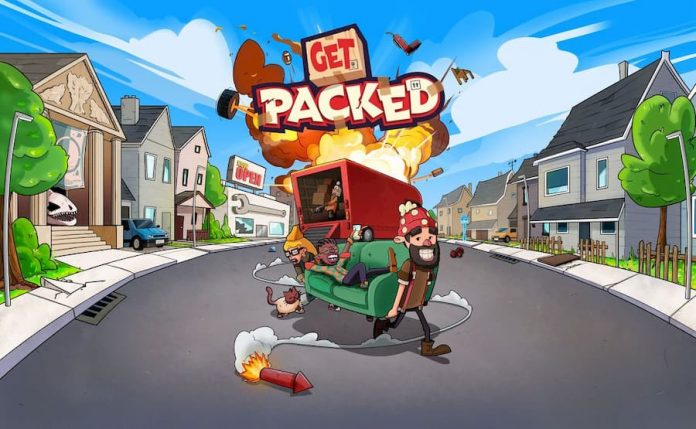 It seems crazy party games about moving house are the theme du jour at the moment. Team17 has released Moving Out! and British indie dev Moonshine Studios has release Get Packed, a timed exclusive to Stadia – both today.

It’s a strange time for these games to release; a time where we can barely leave our homes, let alone think about moving into a new one. But the slapstick co-op comedy they offer is exactly what we need to get us through the days when there’s nothing else to do but lay on the sofa.

Published by Coatsink, Get Packed has surprised-dropped on Stadia today. While it’s designed to be played in co-op, it can be played solo – but undoubtedly the fun of the game comes from the carnage of trying to organise a house move with your friends. Turns out that’s precisely the inspiration that brought Get Packed to life.

“The initial idea came from our artist Cal (Callum Taylor) after helping some friends move out of their flat and packing all their furniture into his tiny car,” Jamie King, Get Packed‘s designer and co-founder of Moonshine Studios, told me over email. If you’ve ever moved house and tried to avoid the astronomical removals company charges, you’ll attest to this. Other party games like Overcooked! and Gang Beasts – another title from publisher Coatsink – proved to be good inspiration too. And some more unusual source material too: “we looked at classic slapstick movies like Laurel and Hardy… plus contemporary sources like Jackass,” Jamie says.

In Get Packed, your goals are money-oriented. Do a good job of moving items out of a house and into your van, and you’ll be rewarded well for it. But break too much stuff and damages will be taken out of your profits. It sounds easy enough – but as the game progresses, the obstacles that Get Packed throws at you become increasingly difficult (and ridiculous). 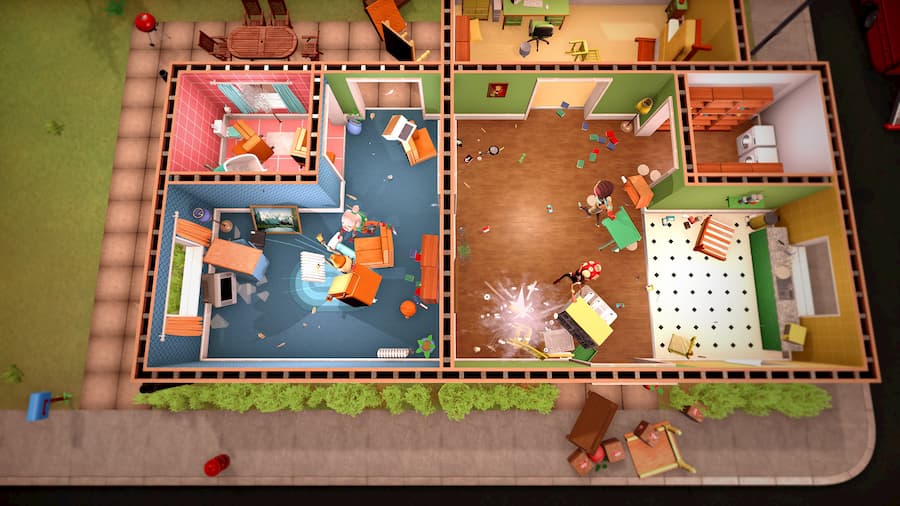 Developer Moonshine Studios is a small company, made up of just five people and based in Cornwall, England. I asked Jamie about the team, how they came to work together, and their experiences of being a small developer in a small town.

“Four of us met in 2017 through the Launchpad Incubation program; while studying entrepreneurship, we were grouped together to start a company. We came from a variety of backgrounds – mobile games, museum interactive pieces, even prosthetic robotics, but we all shared that same desire to create new and exciting video games. It was during that program we started developing the prototype that went on to become Get Packed. Straight after the incubation phase, we teamed up with our publishers Coatsink and brought in our animator Jen.”

Being a small team hasn’t held them back, either. “The best part is that you get to know everyone incredibly well,” Jamie says. “We’re all great friends outside the studio and hang out in some capacity most weekends. And since we’re constantly communicating, we’re all on the same page regards game direction.” But plenty of hard work goes in too: “being only the five of us, we do have to wear a lot of figurative hats. For example, as the designer, on top of game and level design, I also cover narrative, UI, testing and help out creating the odd 3D asset. And that’s the same for every member of the team – pitching in for different disciplines as needed. While this certainly keeps the job varied and interesting, it can be a challenge working outside your comfort zone.”

If you know of Cornwall, the county where Moonshine Studios is based, game design might not be the first thing that comes to mind. But even though the game development scene in the area might be new and small, it’s growing. Jamie says it’s partly down to Falmouth University’s Launchpad Incubation programme, the same one that brought Moonshine Studios together. “In particular, Waving Bear Studio and Polargryph [both also based in Cornwall] are two developers we’re really looking forward to seeing what they create.”

Get Packed is one of the first games to be a timed exclusive for Google’s game streaming platform, Stadia. I was interested to know if this had brought up any unique challenges that developing for a more traditional platform might not have. “Nothing leaps to mind,” Jamie says. “On the technical side, Unity has fantastic integration with Stadia, so the development process hasn’t been too different from a standard console title. However, thanks to the power of Stadia, we’ve been able to push the graphics and wacky physics that much further. We also plan to add Stadia-specific features post-launch, such as Crowd Play.” 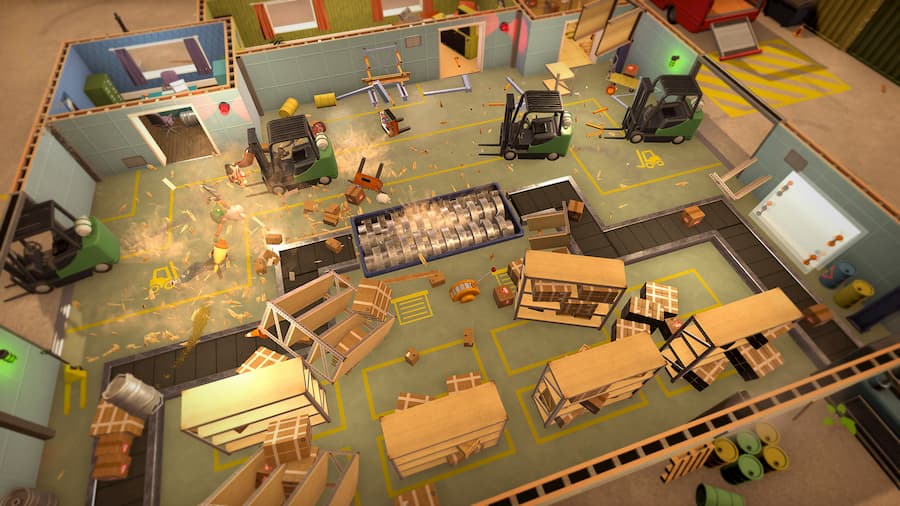 In fact, the team only had very positive things to say about working with Google: “Working with Stadia has been an amazing experience. To have Get Packed shown at their very first E3 Connect was incredible. At the time, we were all huddled around the TV watching the live stream and couldn’t believe it when it happened. When you’re working on a game for years, you can get too close – it’s hard to imagine what it must seem like to fresh eyes. But seeing the excitement and feedback from the Stadia community was massively encouraging.”

With Get Packed being out now, I was keen to know if Jamie and the team at Moonshine had plans in the pipeline for what comes next. Of course, Jamie didn’t give away too many details. “While we have plenty of ideas kicking about, our intention as a company is to develop games in response to the current market,” he says. “So once we finish development on Get Packed and its DLC, we’ll re-evaluate the landscape and see if there’re any genres out there that we feel are underrepresented, and that we believe we can do justice. But a couple of things are certain: we’ll keep making fun, exciting and interesting games, and maintain our friendly indie work culture.”

I think it’s safe to say that Moonshine Studios are going to be one to watch out for, then. Get Packed is available right now on Stadia.

Thank you to Jamie King for taking the time to answer our questions!