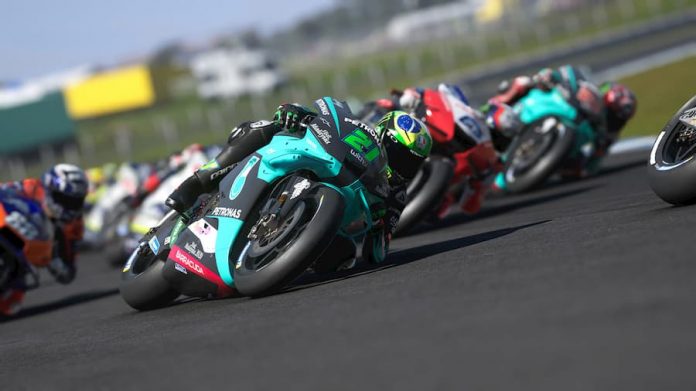 Set for release on 23rd April for PS4, Xbox One, Switch, PC and Stadia, Milestone’s MotoGP 20 will feature new managerial career features to make the experience deeper and more rewarding than ever before.

One of the most important tasks you’ll have in MotoGP 20 is selecting your personal manager, who’ll act on your behalf to negotiate the best contracts. And you’ll have to take on other staff, too, people that can drive the development of your bike and analyse its performance. Get a good team together, and you’ve got a better chance of getting on the podium.

Ultimately though, success is largely down to you. And so is choosing the best contracts as well as customising your rider and team livery. There’s no “I” in team, but you’re going to have to do the testing to find the best setups, and steer research and development. Do all that and perform consistently, and you might just attract the attention of the best teams in the business. And who doesn’t want that?

Along with other new features such as improved bike physics and behaviour, MotoGP 20 aims to be the best entry in the long-running racing series yet. Check out the trailer below for a glimpse of the game in action and more details on its managerial features.