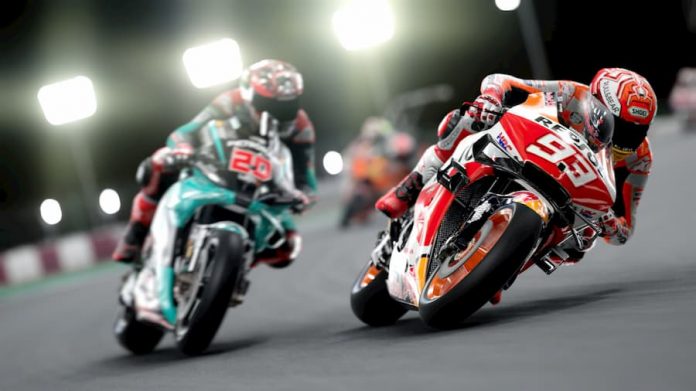 Another year, another MotoGP game. But when they just keep getting better, who’s going to complain?

On the face of it, not much has changed between MotoGP 19 and MotoGP 20; presented with a familiar main menu screen, you’ll find that it has all the same modes. Dig a little deeper, however, and you’ll soon discover that some changes are quite profound, while the underpinnings of the game have been tweaked to make the on-track action the best it’s ever been.

As usual, Career mode is the main draw, and with new managerial features it’s more involved. You need to hire a personal manager, and it’s their aptitude that will somewhat determine what contracts you get offered, and how much you get paid. Technical staff are important, too, as they’ll drive your research and development. It’s your engineers who you’ll mostly be involved with though, shifting their proprieties to cultivate research points and then putting them to good use to enhance the capabilities of your bikes. But not everyone will get on with the new managerial features. They do add an element of busywork when all you want to do is race, and some aspects of them come-off a little half-baked.

Unfortunately the Red Bull Rookies Cup has been cut from this year’s Career mode, so there’s just Moto3, Moto2 and MotoGP to work through. Once again, you can jump in pretty much where you’d like, so if you’re up to the task you can throw yourself in at the deep end. Those who start at the bottom and work their way up, however, will perhaps have the most rewarding experience. With contract termination fees being rather high and race winnings not being all that in the early stages, you can often feel like your skills are wasted in the likes of Moto3 though, and you’ll possibly be stuck there until your contract expires – even if you have some appetising offers on the plate.

When it comes to the races, you have complete control over their length, even if you want to take part in the full race weekend or simply just the main event. The physics have been tweaked a little, making MotoGP 20 feel nicer to play, and with the introduction of fuel consumption and more realistic tyre wear, there’s more strategy involved. The AI of your opponents has been improved, too, but they’re still not always that convincing. In one of my early races, nearly half the grid just pulled left upon starting and crashed into the wall like lemmings. That was perhaps an outlier, but in general they often behave like drones, refusing to stray from their route and not exhibiting much spatial awareness. 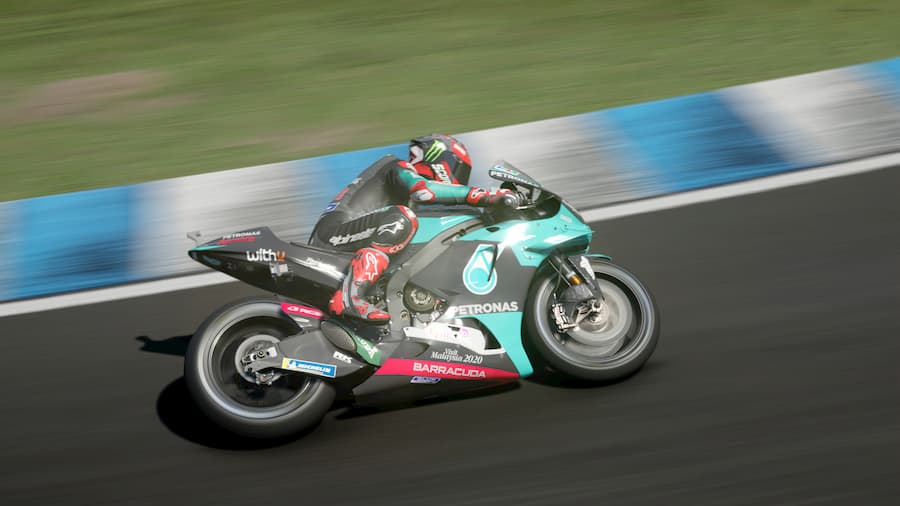 “MotoGP 20 is a tough nut to crack, especially with the difficulty cranked up and assists turned off”

Bike racing games are, and always will be, trickier to get to grips with than car racing games; there are just more dynamics to take into consideration. And so it should come as no surprise that MotoGP 20 is a tough nut to crack, especially with the difficulty cranked up and assists turned off. There are enough crutches for those new to the sport to quickly get on their feet, however, making the game suitable for all skill levels. It even has a helpful rewind function to undo damning mistakes.

Outside of Career, the only other mode that has undergone drastic changes is Historic mode. Out are the many predefined challenges, the completion of which unlocked pre-set rewards. Now, a trio of challenges are offered every day, each targeted towards a specific skill level. Complete any given challenge and you’ll be rewarded with gems, which can be spent to unlock riders and teams via a Historic Market. Like the challenges themselves, the items available at the Historic Market also change on a daily basis, so you’ll need to keep a keen eye on the offerings to nab a super rare item. 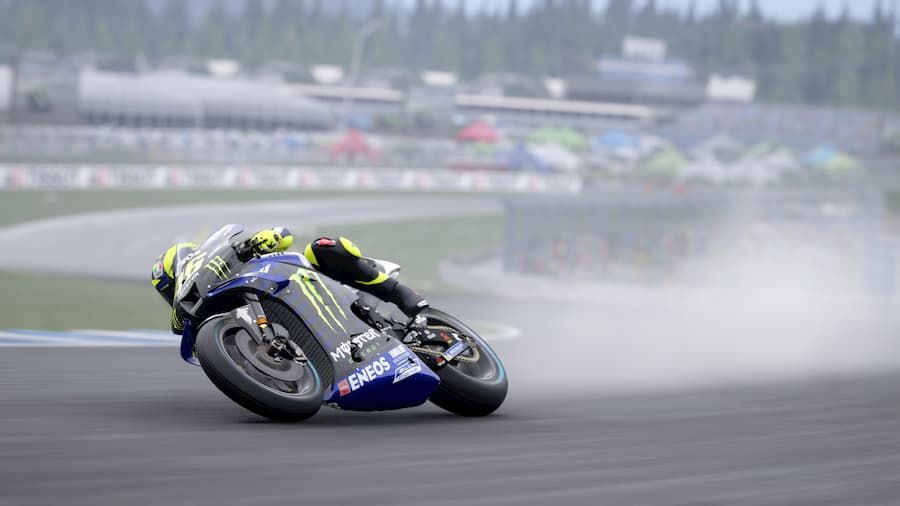 Some players may enjoy the new format of Historic mode, others perhaps won’t. Still, there are other things to do in the game to while away the time. Players can create their own championships, for example, take part in time trials, and even race online. There has never been as much customisation in a MotoGP game, either. Stickers, numbers, helmets; they can all be made your own. It’s not the biggest or most feature-packed racing game available, but it’s the biggest and most feature-packed MotoGP game for sure.

“MotoGP 20 is undoubtedly the best MotoGP game yet”

Visually, MotoGP 20 isn’t much of an upgrade over last year’s iteration. Sometimes it looks nice, other times perhaps a bit too bland. Like last year’s MotoGP 19, PS4 Pro and Xbox One X players have the option of prioritising the framerate or resolution. High Resolution mode seems a lot more fluid this year as well, at least on Xbox One.

All in all, MotoGP 20 is undoubtedly the best MotoGP game yet. Not everyone will be on board with some of the changes made to its core modes, though. There’s room for the managerial features of the career mode to be refined and expanded upon in the next iteration, and opponent AI could still do with a bit of work, but they do little to sully the racing experience provided this year. Needless to say, if you’re a fan of the sport or after a bike racing game that ties itself to tracks rather than open roads, MotoGP 20 is highly recommended.

MotoGP 20 is available on PS4, Xbox One, Switch, PC and Google Stadia. We reviewed the game on Xbox One X with code provided by the publisher.

Want to support GameSpew? Buy MotoGP 20 using our Amazon affiliate link. It won’t cost you anything extra, but we’ll get a small slice of the purchase.