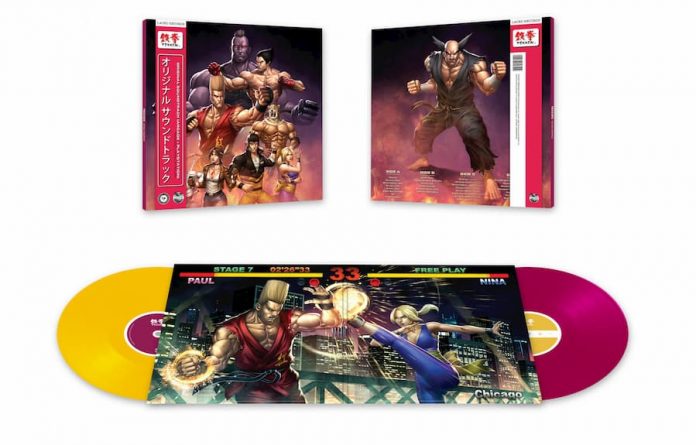 You didn’t know you wanted the Tekken soundtrack so badly until now.

Laced Records is no stranger to bringing videogame music to market. In fact, it specialises in videogame soundtrack releases, and its shop is full of a huge range of soundtracks from No Man’s Sky to Resident Evil and even Where The Water Tastes Like Wine. It’s safe to say, then, that the Tekken vinyls are in good hands. Each will come in a deluxe sleeve featuring original artwork, and will be pressed onto “audiophile-quality, 180g heavyweight vinyl LPs”. Oo-ooh.

The first two releases, Tekken and Tekken 2, are available to pre-order on Laced Records’ website now, and cost £33 each. Both soundtracks come on double vinyl, and each is available in two formats – a standard release, and a limited release. The only difference is the limited release comes on coloured discs rather than black. They’re the same price, but presumably the ‘limited’ release will be more, uh, limited. So get in there fast if you like your LPs to have a bit of colour on them.

Tekken and Tekken 2 are scheduled to ship in May. There’s no release window provided for the following 7 soundtracks, but all are expected to trickle out over the course of 2020. Keep an eye on Laced Records’ website for them appearing – and lots of other videogame goodness, while you’re at it.