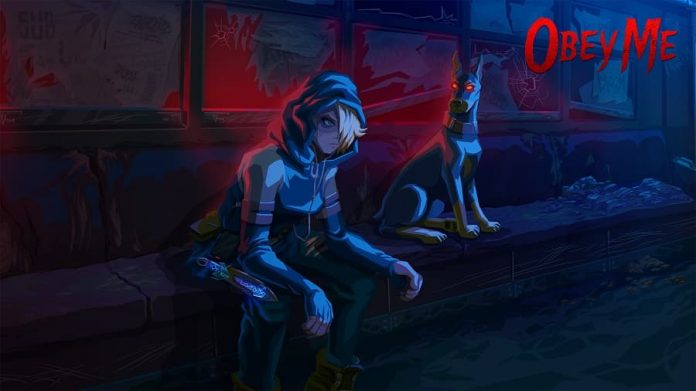 As soon as I met my companion Monty, a glowing-red doberman who can talk, I knew I had to stick with Obey Me.

Canine companions make everything better, you see. Especially when said canine companion can shoot balls of burning magma, breathe fire and generally kick arse. Obey Me from Error 404 Game Studios and publisher Blowfish describes itself as a “holypunk brawler”. You play as Vanessa and, with Monty by your side, it’s up to you to defeat foes and restore the balance between heaven and hell. Or something.

Truth be told, I didn’t care much for Obey Me‘s story. It’s there, but it’s not particularly captivating. Being fully voiced is a nice touch, but it acts more of a distraction from the action rather than a conduit to spur you forward. Just let me slay some mutants, please.

It’s a game all about the combat, but sadly it’s not as slick as it would like to be. There’s a touch of Devil May Cry here, in the way Obey Me wants you to chain together combos and ranks you on your performance once a battle is over. But the fluidity and visceral nature of DMC‘s fast-paced battles are all but lost here. There’s some pleasure to be gained in slicing or hammering your way through explodey mutants and toxic goo-demons, sure, but it’s hampered by clunky controls and less-than-stellar mechanics.

Excelling in combat is dependent on your ability to perform combos, ideally chaining them together for maximum effect. The problem? Many of those combos require you to hold down your attack button for a couple of seconds before unleashing a powered-up attack on your foe. The trouble is you generally don’t have a couple of seconds to stand around and wait for an attack to charge up. You’re often so hemmed in and surrounded by enemies that you’ll take damage, cancelling your combo before you’ve even begun. And don’t get me started on how unnatural it feels to have the ‘A’ button as your primary attack. 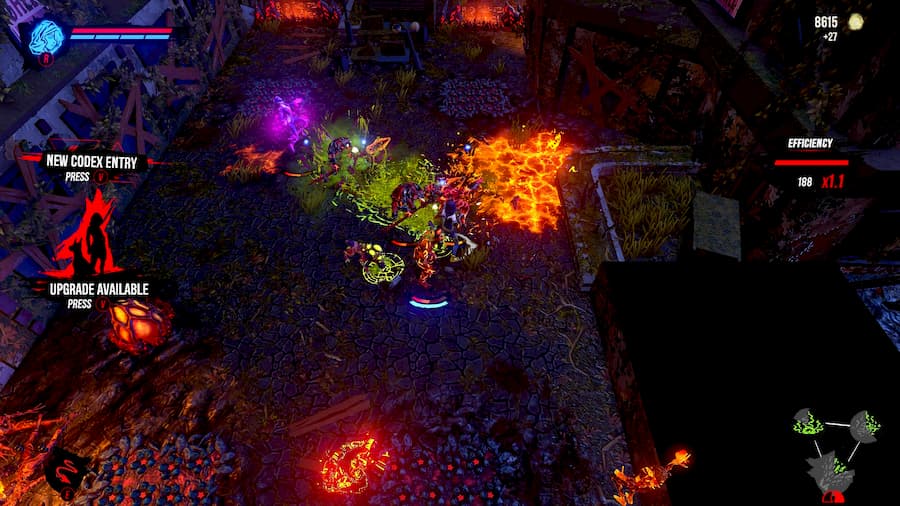 It’s annoying that controls can’t be remapped or altered for the sake of accessibility. But it’s not all lost. Other combos are available without holding down a button, and as you play, you’ll unlock new weapons to add into your arsenal. Weapons can be changed on the fly, so you can go from a quick-paced light sword to a hulking great hammer with one push of a button – even in the same combo if you’re quick enough.

Each weapon has its own skill tree, which can be upgraded by spending shards obtained while playing the game, allowing you to unlock new skills and combos. There’s also a secondary attack tied to each weapon which can be used sparingly. Your starter sword, for example, can throw a couple of daggers every few seconds, dealing damage from range. The huge hammer you’ll pick up a few levels in allows you to summon your own demons to fight alongside you. I found the hammer too slow to use for the most part, but it’s nifty I could activate its special ability then switch back to a faster weapon. The best of both worlds. 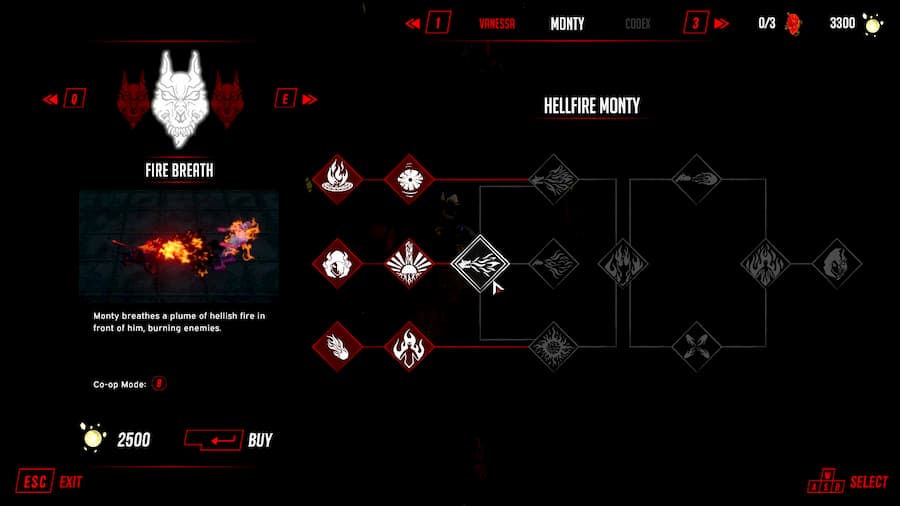 Your hellhound Monty has his own upgrade trees, too. As you progress through Obey Me, you’ll unlock new ‘forms’ of Monty, taking him from fiery form to miasma form and so on. Each form has its own skill tree, with upgrades and new abilities available to unlock. You can play in local co-op, with a second player taking control of Monty. But if you’re playing alone, it’s still worth spending shards on his abilities; he makes for quite the formidable AI companion. You can harness his power yourself, too, by commanding him to attack a certain area and, when you’ve charged up a meter, you can combine forces to deal extra damage to enemies for a short period of time.

The enemies you’ll find yourself coming up against in Obey Me are varied enough, but rather run-of-the-mill. Exploding zombies? Green floating demons that spill out a toxic gas? We’ve seen it all before. Where the game does stand out, though, is in its larger enemies and boss fights. Bosses provide a real challenge, requiring you to use your acquired combat skills to the best of your ability, all the while dodging incoming attacks and placing well-timed hits. Without any mid-fight checkpoints, if you find yourself taking too much damage you’ll have to start all over again, so prepare to grit your teeth and keep trying – especially if you’ve been brave enough to tackle Obey Me‘s harder difficulty level. 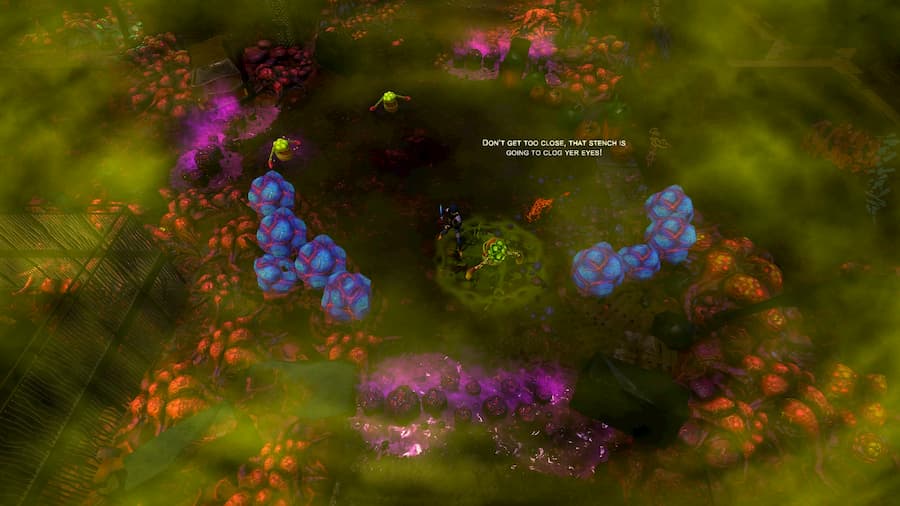 A world torn between heaven and hell can offer up some inspiring locations – you’ve only got to look at the likes of Diablo to see how well it can be portrayed. Sadly, Obey Me falls short in that area. While it’s technically competent enough, its areas are bland and uninspired. Dark alleyways decorated with cardboard boxes give way to more dark alleywards decorated with cardboard boxes. It lacks any variety and any real flair; and it’s a shame, because a well-realised world could maybe have lifted Obey Me to the next level.

All things considered, then, Obey Me is… fine. It’s not remarkable in any way, but it’s perfectly playable. Its take-it-or-leave-it story gives way to passable combat, set in a bland world. There are plenty of other games out there offering something similar, and doing a much better job of it. Still, at least here you get the bonus of being accompanied by a doberman from hell.

Obey Me is available on PC, PS4 and Xbox One. We reviewed the game on Xbox One X with a code provided by the publisher.