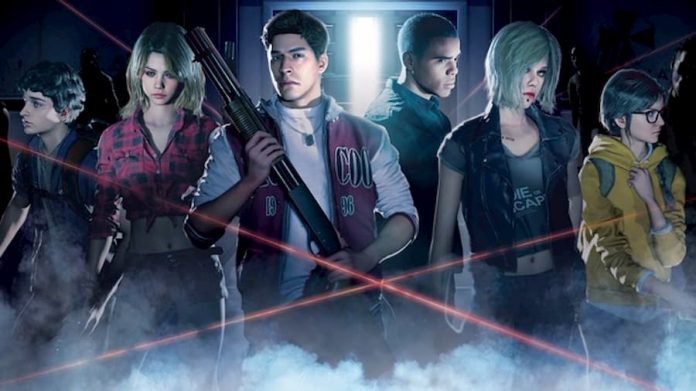 That’s right: the time has finally come for you to push up your shirt sleeves and take control of some zombies. That’s what Resident Evil Resistance is all about, after all. Well, it is when you’re playing as the bad guy, at least.

Resident Evil Resistance is a 4-versus-1 asymmetrical multiplayer action game released alongside the Resident Evil 3 remake. It’s comparable to the classic Left 4 Dead or more recent title Dead by Daylight, where players on the surviving side have to complete against a player controlling the bad guy – or, in the case of Resident Evil Resistance, the Mastermind. While its formula has some promise, unfortunately there are some glaring issues with the game. I was hoping I would enjoy running around beating up enemies from the Resident Evil universe as well as becoming them (who wouldn’t?), but right now there are just too many elements letting this one down.

There are six survivors you can play as in Resident Evil Resistance, all of whom have unique abilities. Tyrone, for example, is able to “hulk out” and use a kick move that sends enemies flying. Valerie has an invaluable ability to heal her teammates, and Becca is able to have infinite ammo for a short period of time. The more you play as a character, the more upgrades you’re able to unlock using in-game chests (that can be purchased with microtransactions or in-game currency). Four survivors play together at one time, making their way through a ‘test area’ laid out by the Mastermind. The survivors must work together to find keys to unlock puzzle locks and each the exit. Meanwhile, the Mastermind will be hard at work, trying to thwart their escape. 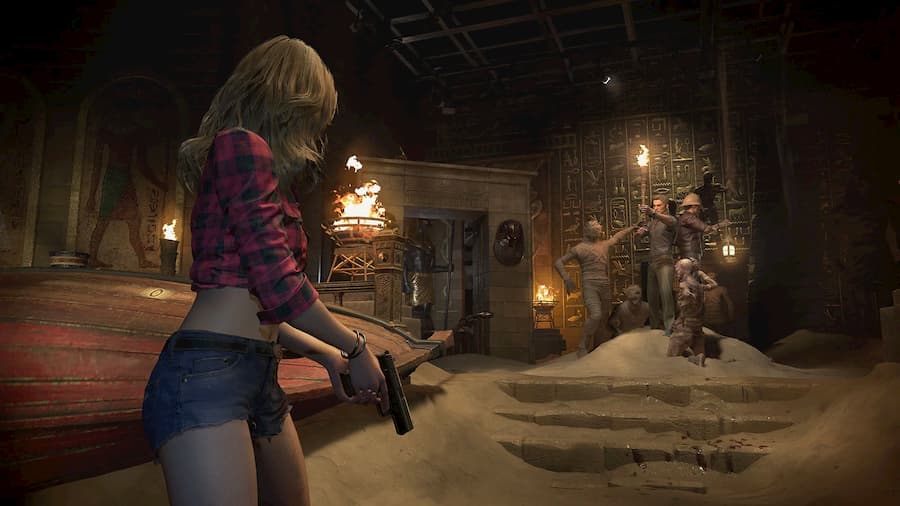 Playing as the Mastermind allows you to step into the shoes of some familiar faces from the Resident Evil series. There’s Annette Birkin, accompanied by her “ultimate ability” William Birkin; and Oswell E. Spencer, the man who started it all, who is equipped with a Disintegration Field rather than a creature that causes damage to any survivor who passes through it. As the Mastermind, you’re able to see through cameras in each room – much like some backwards game of Five Nights at Freddy’s. You have a number of points to spend, which allow you to spawn enemies or place traps. You can also gain control of guns to shoot directly at the survivors for short periods of time.

One of the biggest issues with playing as Mastermind, however, is that the maps are so tightly-packed that it’s difficult to find space to spawn anything. You’ll also have to be quick: if you spend too long deciding what to spawn, the survivors will have come and gone. Once you do spawn in creatures though, you’re able to control some of them. 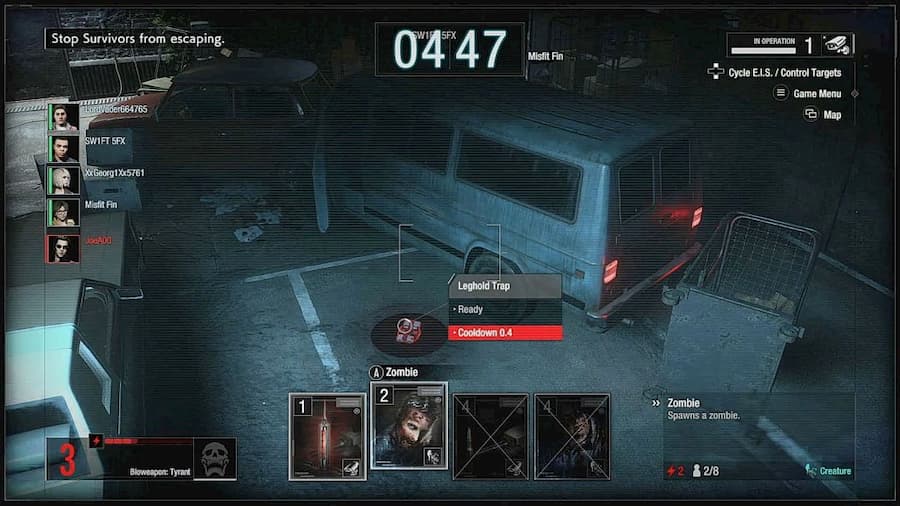 Controlling zombies – and creatures such as Mr. X and William Birkin – is a highlight of playing as the Mastermind in Resident Evil Resistance. You’re able to slash at survivors with your main attack and, depending on what you’re playing as, use special moves to try and take down survivors. Birkin, for example, has an “overkill” move that grabs a survivor’s head and crushes it, usually until it completely explodes. Ouch. Each creature has a fairly short life-span, so it’s important to strategise and use your time wisely. Tough zombies are some of the hardest creatures to take down if the survivors are separated, and they aren’t too expensive so its worth keeping them around for when the survivors are least expecting it.

There are multiple maps, dozens of abilities and a range of different creatures in Resident Evil Resistance – but that doesn’t necessarily work in its favour. I spent much of the time letting the game choose everything for me because there were simply too many choices to make. As the Mastermind, you’ll be juggling so many things from the cameras to your creatures that it won’t matter whether you put two regular zombies in your “creature deck” or five single zombie dogs. The Mastermind’s best way to deal with the survivors is to force them to separate; they’re stronger in numbers, of course. 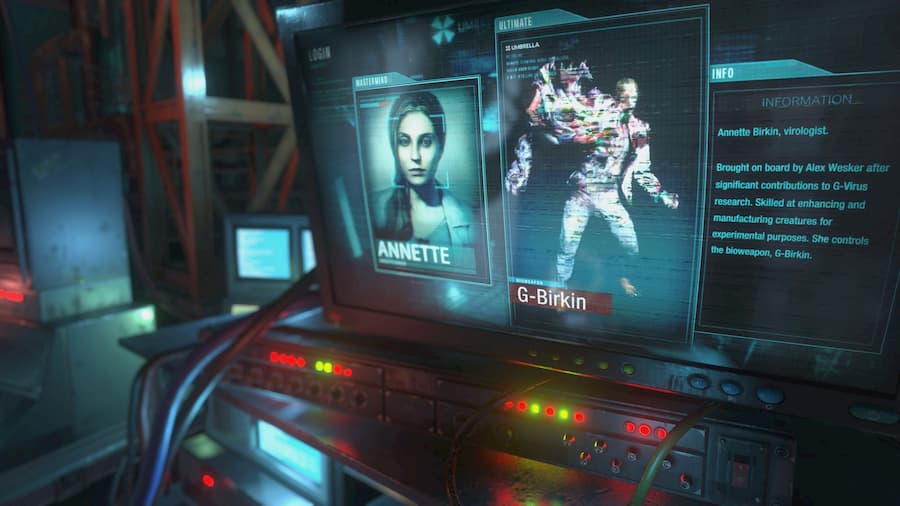 Unfortunately for the survivors, they’re going to be separated a lot. In my time playing Resident Evil Resistance, I’ve ranked up a few characters and gained some lovely upgrades. Yet, I’ve still never survived a game because I’m always left abandoned by my teammates (or killed in an unfair manner by an overpowered Mastermind ability). Because the game is brand new and most players are still getting to grips with it, it’s understandable that not everyone will be great at it. But rule number one in a multiplayer game is stick with your teammates. It is simply too difficult to play as a survivor when your fellow players don’t have your back.

On the technical side of things, I’ve encountered numerous matchmaking problems while playing. I don’t think there was a single survivor game that I played without seeing the “Bad connection with host” warning flash up on my screen. On some occasions, I was kicked out after about 30 seconds of gameplay. Your luck in keeping a stable connection relies wholly on the strength of the host’s connection. Dedicated servers would be a worthwhile addition to the game to keep this from happening so frequently. 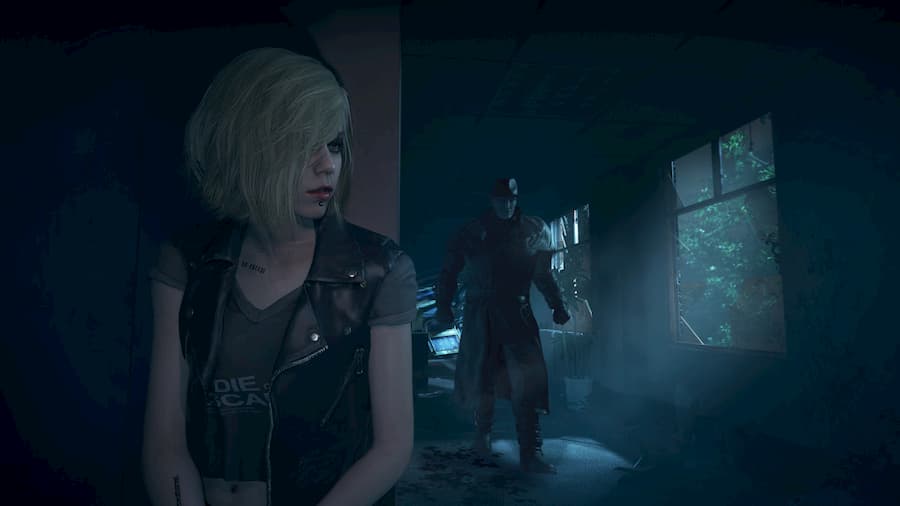 It’s safe to say, then, that I haven’t exactly had the best time playing Resident Evil Resistance. Its concept shows promise, but so far it hasn’t proved itself. The groundwork is there for what could be a great game – the melee works really well and it looks and sounds amazing – but it needs more work. Playing as the Mastermind can be fun because you get to take control of zombies and chomp a few necks, but the fun stops there. Having to switch between cameras is cumbersome, and it’s easy to lose survivors if you’re not locking doors behind them. Yet it also feels impossible to succeed as a survivor because of the lack of team work and, if they know what they’re doing, the Mastermind’s abilities make them far too overpowered. Right now, it’s an incredibly unbalanced game.

I have hope that Capcom will continue to work on Resident Evil Resistance and address the balancing and connection issues. In time, as players learn the importance of teamwork as survivors, it has the potential to be worthwhile addition to the asymmetrical multiplayer genre. As it stands right now, however, it simply isn’t fun to play most of the time. Stick to Left 4 Dead in the meantime; Resident Evil Resistance is better left buried until its developers have reanimated it with some much-needed updates.

Resident Evil Resistance is available on PC, PS4 and Xbox One. We reviewed the game on PS4 with a code provided by the publisher.