Don’t drink Fizzle and take down tech giant Cubicle in Going Under, set to release on PC and consoles in Q3 2020.

Players will take control of marketing intern Jackie Fiasco as she fights through procedurally generated dungeons in an attempt to take down the monstrous employees and CEOs of cursed tech start-ups. Each battle will be totally random, but they will all take place in the dystopian city of Neo Cascadia.

The player’s fighting style will be totally up to them. You’ll want to use anything and everything around you to attack – including giants pencils, laptops, body pillows and more. If you can fling it or thrust it, it’s a weapon. As you play, you’ll unlock new abilities for Jackie, and if you complete missions for your fellow employees you’ll unlock them as mentors and gain access to their abilities.

And don’t forget about the powerful bosses who aim to take you down a peg and will challenge you to give them everything you’ve got.

Going Under is scheduled to release on PS4, Xbox One, Switch and PC during Q3 of this year. We’ll have more news on the game as its release draws closer, but for now, take a look at the announcement trailer below. 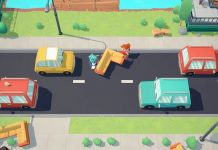 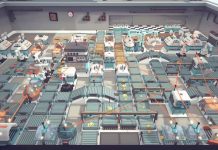 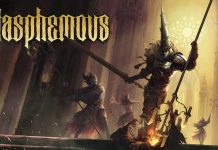