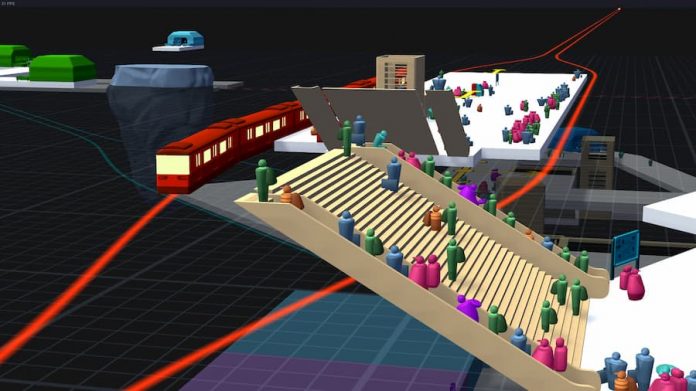 A train station management game seems like a strange departure for Tak Fujii, the producer best known for Ninety-Nine Nights II and Gal Metal. And yet, here we are.

STATIONflow, released this week on Steam, challenges players to build an effective train station. Where your passengers are coming from or heading to isn’t your concern. What is your concern, though, is getting them from train to exit, or vice versa, as effectively as possible. You’ll be building corridors, stairwells, sign posts, toilets and more; all with the aim of keeping your passing commuters as happy as possible.

In a way, it feels like an extension of Dinosaur Polo Club’s Mini Metro, except rather than planning train routes you’re focusing on what happens within the station. I hope you’re good at planning and staying calm under pressure, because you’re going to need it here.

STATIONflow‘s tutorial is the place to start, although there are a number of fully-fledged stations you can jump straight into if you know the ropes. The tutorial guides you through building your first few corridors and stairwells – although figuring out the finesse of doing so is more-or-less down to you; the controls take some getting used to. Once you’re guided through the basics – which takes the whole of about 10 minutes – you’ll be left to fend for yourself. You can speed time up or slow it down in your station, but at the end of every day you’ll be given an evaluation. The better your performance, the higher you’ll be ranked. Levelling up means unlocking new features for your station – and introducing new challenges. 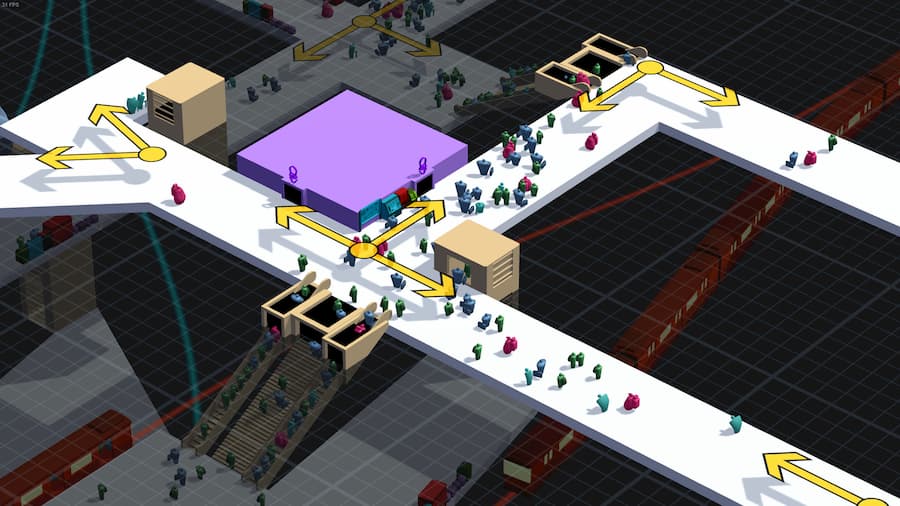 It’s fairly simple to begin with; your passengers want for nothing except a sign-posted corridor to guide them between train platform and station exit. But as you progress, more and more functions will be added. You’ll need information boards, places for visitors to get refreshments, toilets and more. Each new resource that becomes available to you means a new metric that your performance will be measured against. On day one, being successful means a minimal number of passengers getting lost in your station. By day 7, success depends on those same passengers having access to toilets, drinks and information boards as well as being able to easily navigate your station.

At the end of each day, you’ll be given a breakdown of how happy, in general, visitors were with each element of your station. It’s a good indicator of where you need to improve. But during rush hour, when your station is full swing, it’s hard to know exactly what is ticking passengers off; all you can see is a sea of angry speech bubbles. Is this corridor not wide enough? Do I not have enough sign posts? Can you not access the vending machine? Tell me! 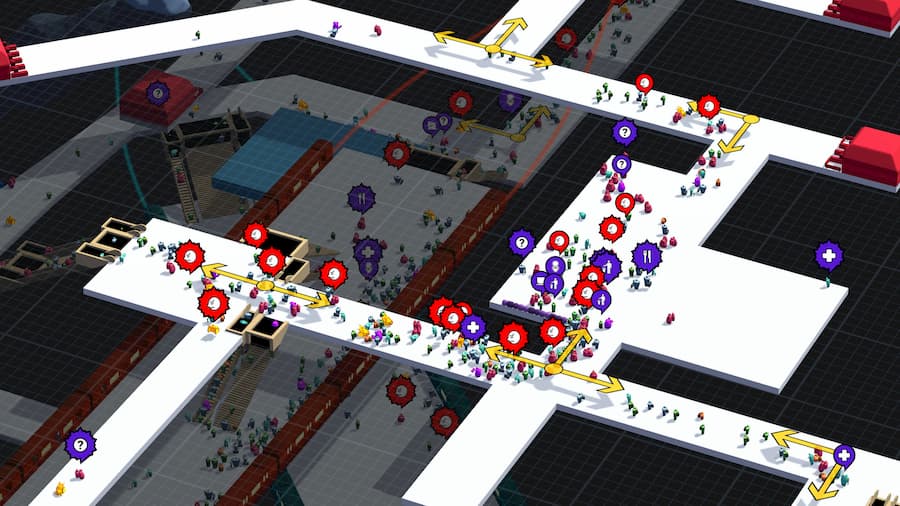 It made me miss the days of Theme Park World, where discovering the individual pleasures and woes of a visitor was as simple as clicking on them. Not so in STATIONflow; a passenger is just a number; a passing blob on your screen. You don’t care about them individually. You only care about them as a whole. Individual complaints just aren’t your remit.

In a way, it perfectly captures the mania of navigating the London Underground at rush hour. Hundreds of people, all rushing in different directions, most of whom have some complaint or another. Yet you can’t listen to them all, because you’d be there all day. Gives you a bit of sympathy for the poor old TfL, really. They’re just doing their best. They can’t help it if the corridor isn’t wide enough for you. And it’s not their fault that you can’t make sense of the sign that seems adequately placed. I thought navigating Canning Town station was complicated, but then I tried designing my own in STATIONflow.

If you’re somehow missing your commute while stuck at home on lockdown, STATIONflow will give you all the fury and feels you need. It’s available now on Steam for £13.99/$17.99, with a 15% discount until 22nd April. 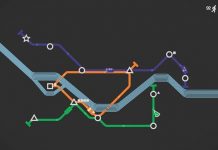 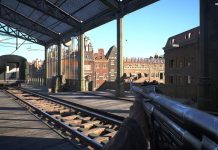 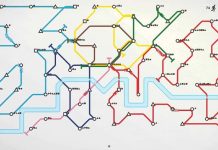