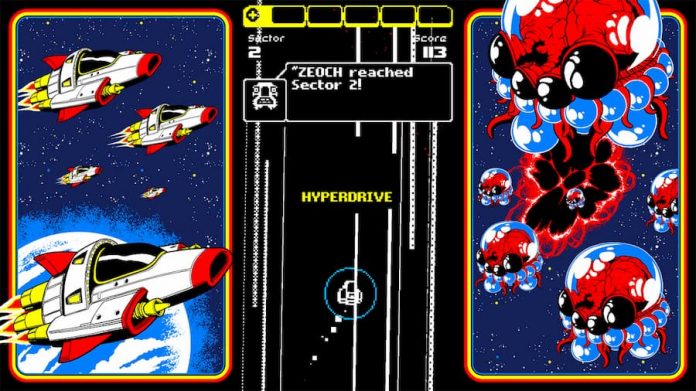 Just one button. What could be simpler? Developer Matt Glanville, the lead designer of Oddword: New ‘n’ Tasty, challenges players to answer that very question in his game Switch ‘N’ Shoot, releasing for PlayStation 4 and Xbox One this summer.

Switch ‘N’ Shoot is a score-based arcade game where one button controls everything. It fires your weapon and switches your direction at the same time. That might sound pretty simple, but once you see footage of the gameplay, you might change your mind.

It’s a game that encourages players to try again and again – and one that expects them to fail miserably multiple times. It’s designed to be challenging, but the more you fail and retry, the more you’ll master that single button and become the master.

Players can look out for Switch ‘N’ Shoot on PlayStation 4 and Xbox One this summer. If you don’t want to wait, it’s already available on Steam and Nintendo Switch. Give the trailer a watch below.