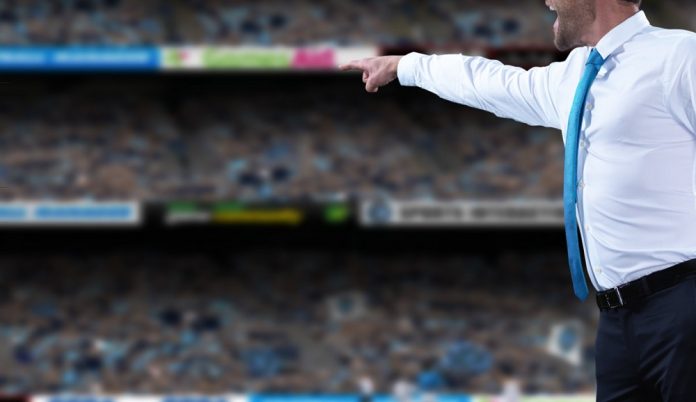 Whether it’s Championship Manager or Football Manager, there are few things better than finding a young wonderkid and watching them grow.

This can only be beaten by then seeing the same player be discovered in real life, and knowing you found them first.

You should be a top football scout, right? Well, not every Football Manager wonderkid turned out to be a star – in fact, some failed to have much impact in the beautiful game at all. We’ll take a look at the best young players in Championship Manager and Football Manager from 2001–2011, and see where they are now.

At this time, the Premier League was thriving with some of the best players in English history, and it was also a time of great young players. Van Der Vaart and Robben stand out as two players who would take the Premier League by fire. Van Der Vaart was a 19 year old at Ajax, and Robben was an 18 year old at Groningen. Both would be signed by London clubs Tottenham and Chelsea (respectively) and go on to have brilliant careers.

In France, a 21 year old Ronaldinho was turning out for PSG. In 2003 the Brazilian wonderkid would sign for Barcelona, and then go on to win a World Cup, a Champions League and even a Ballon d’Or. But Ronaldinho was not the only Brazilian wonderkid, with Adriano turning out for Inter Milan. The 20 year old wouldn’t quite go on to have the superstar career some expected; his highlights were playing for Inter and Roma.

During this season Man U went on to win the league in a very impressive performance. Fergie’s team would eventually go on to sign Robin Van Persie (in 2012), but at this point he was a fantastic 18 year old playing for Feyenoord. Interestingly, West Ham were relegated this season, but they also boasted one of the best young players: Joe Cole. The 20 year old didn’t quite have a superstar season, but he did play for Chelsea and Liverpool.

Speaking of young midfielders who spent time in England, Newcastle’s 19 year old Hugo Viana had huge potential in the game. But sadly his spell in English football was very underwhelming, and he returned to Portugal to see out most of his career. Javier Saviola was one of the best young strikers at this point. The 20 year old was playing for Barcelona at the time. He never truly developed into an elite player, and even played for Real Madrid after leaving Barca.

Championship Manager 03/04 also included some younger players who didn’t quite go on to have the careers that were expected of them. Stewart Downing, the 18 year old from Middlesbrough, was rated as a future world star but after an average career at Liverpool he sadly returned to a lower level. Perhaps one of the most iconic wonderkids was Robinho, the 19 year old from Santos. He was a great prospect, but never quite lived up to this, even after stays at Real Madrid, Man City and AC Milan.

The switch to Football Manager brought about one of the most iconic wonderkids of all time: Freddy Adu. The 16 year old played for D.C. United at the time, but he never truly succeeded outside of North America. But in South America Tevez was appearing for Boca Juniors at the time, and the 19 year old was full of potential. He would go on to have great success at both Manchester clubs.

And speaking of Manchester, Christiano Ronaldo was at Man U at the time. The 20 year old was beginning to have the ratings that would come to be consistent in his world-beating career. While in London an 18 year old Fabregas was playing for Arsenal and he had some of the best stats any young midfielder had in the game’s history. He would go on to be a world beater for both Arsenal and Barcelona.

Like how the previous entry showed Ronaldo’s talents, Football Manager 2006 included an 18 year old Messi. The young Barcelona forward had ratings that showed just how brilliant he could be. Likewise a 21 year old Rooney was playing for Man U at the time. He had some great finishing stats in previous editions, but Football Manager 2006 was when he had stats that showed he would be world class.

This was also the first year for CSKA Moscow legend Akinfeev to be rated highly. The 20 year old would go on to be an icon for the same club. Expectations were just as high for the 18 year old Brazilian Kerlon. The young forward from Cruzeiro had some incredible stats, but he never managed to make an impact outside of Brazil.

At this time a future Premier League star was rated highly in Football Manager 2007: Agüero. The 18 year old played for Athletico Madrid and was a real gem. Theo Walcott was also rated very highly in this game: the 18 year old had already moved to Arsenal and was one of the best young players in the game. Sadly, in real life he never quite became a real Arsenal legend and now plays for Everton.

The same can be said for Micah Richards, the 18 year old Man City defender. Despite his brilliant ratings he never really held a place in the first team and eventually ended up in the Championship. But, the same can’t be said for a 20 year old Vincent Kompany. He played for Hamburg at the time, and his high potential was clear to see, and Football Manager predicted that right as he would go on to be a true Man City legend.

During this season Italian sides boasted some truly elite wonderkids, with a 19 year old Pato leading the way. The AC Milan player boasted some amazing attributes, but again Football Manager did over-rate him as he never quite established himself as an AC Milan star. A 19 year old Hamsik, on the other hand, became a true Napoli icon, and at this time the attacking midfielder was one of the best young stars in the whole game.

Real Madrid also owned one of the best young players at the time: the 20 year old Marcelo. Likewise, a future Real Madrid star, Benzema (who played for Lyon at the time) was up there with Pato for his attacking stats. Football Manager correctly predicted the talent of both players, and they would become Real Madrid stars.

It’s rare for a Scottish player to be seen as a wonderkid, but in 2009 that’s exactly what Fleck was. The 18 year old Rangers youngster was one of the best young players in the game, but he sadly struggled to live up to that hype in real life. In a similar vain to this, south of the Scottish border Carlos Vela was a 20 year old young superstar for Arsenal. Again, he didn’t come close to the glory his ratings suggested.

In Spain the 19 year old Bojan was perhaps the best young player in the game. The Barcelona star was rated so highly he could become as good as the likes of Messi, but this sadly did not come to fruition in real life – turns out he couldn’t even do it on a cold night in Stoke. France also boasted a midfield wonderkid in Saivet, a 19 year old who played for Bordeaux. But the French player did not live up to the hype. This was quite a bad year for Football Manager scouting and rating.

If Football Manager 2009 struggled to predict some future stars, then Football Manager 2010 righted those wrongs. A 16 year old Lukaku was playing for Anderlecht, and he was rated like a superstar. As was James Rodriguesz, and the 17 year old who played for Banfield at the time. Both would go on to have brilliant club and international careers.

A 16 year old El Shaarawy also entered the scene. The Genoa forward had some of the best speed stats in the whole game, and Football Manager definitely rated that correctly. It was also the introduction of the 16 year old Babacar who would go on to be a wonderkid for the next few editions of Football Manager. He never lived up to the hype, and spent much of his Florentina career out on loan.

This was the year of Eriksen, an 18 year old attacking midfielder from Ajax. With brilliant passing and vision stats, he was up there with the likes of Van Der Vaart as the best young players to come from Ajax. He would go on to star for Spurs. It was also the season for 18 year old Phil Jones to be rated highly. The strong defender played for Blackburn at the time, and was rated like a future world star. He hasn’t quite lived up to that, but he’s had a long career at Man U.

It was also the introduction of the strong Italian midfielder Verratti. The 17 year old played for Pescara at the time, and was a true wonderkid. Verratti continues to impress to this day at PSG. Verratti would go on to play with Areola, who at the time was PSG’s 17 year old goalkeeper. He was the best young keeper in the whole game, and Areola’s long career with PSG (including some loan spells) shows that Football Manager got the ratings right with him.