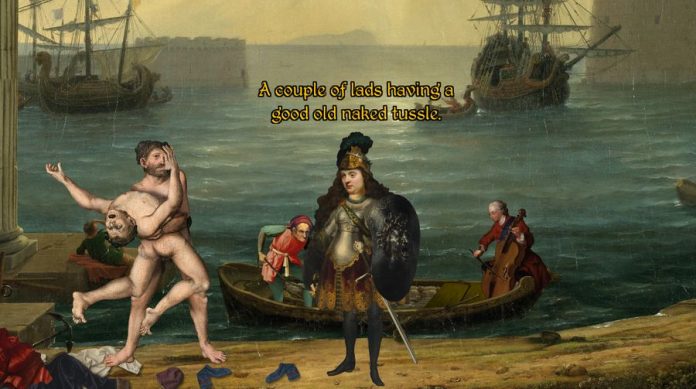 Taking a leaf out of Monty Python’s book without parroting their material, The Procession to Calvary is a ridiculous adventure that will have you grinning like an idiot.

It’s not just that it recycles renaissance-era art to create a gorgeous backdrop for the game’s silliness (though Terry Gilliam would no doubt be proud of this visual tribute). Wander down to the waterfront, for example, and you’ll stumble across a pair of naked men who, having leapt out of whichever painting they call home, are wrestling on the beach. Your character’s stilted animation would be cause for concern anywhere else, but here it ensures she fits in perfectly.

The Procession to Calvary’s crowning accomplishment is that, having been constructed from countless pieces of public domain artwork, these scraps come together as one coherent world. A close second is how well it employs satire and silliness to drive its plot.

Technically, it’s a sequel but the events of the last game, Four Last Things, are largely immaterial. The Crusades are over, and those who fought and lived have returned home, secure in their righteousness. And that’s why your protagonist in The Procession to Calvary is desperate for someone else to murder. 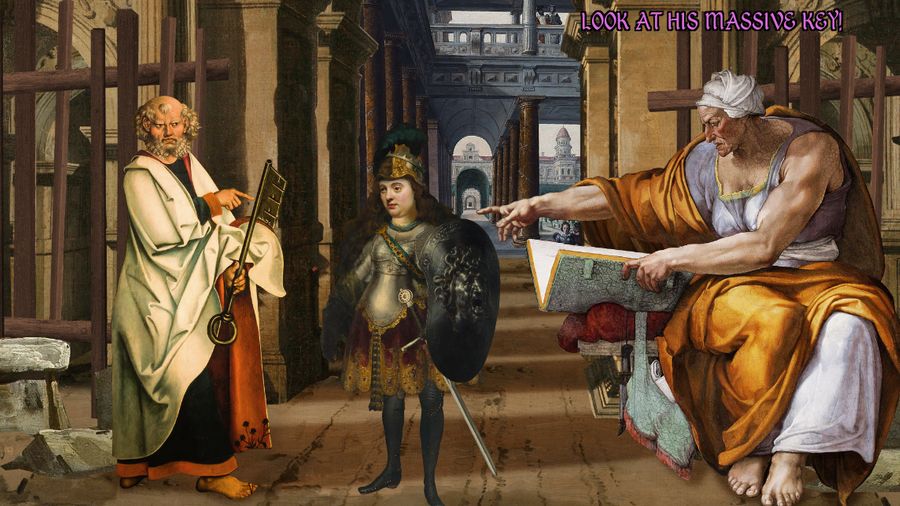 Your quest is to guide them to their intended victim, the antagonist of the previous title, and introduce them to the business end of a very sharp object. The puzzles you encounter as you point-and-click your way across the land aren’t particularly taxing. An early puzzle has you pinching a pair of socks from the nude men on the beach so that a man with cold feet will help you get some oars.

There were points playing The Procession to Calvary that I made things too complicated for myself. I was scouring the landscape for something I could use to cut a rope when, a good ten minutes of searching later, it sunk in that I had a sword. Problem solved. 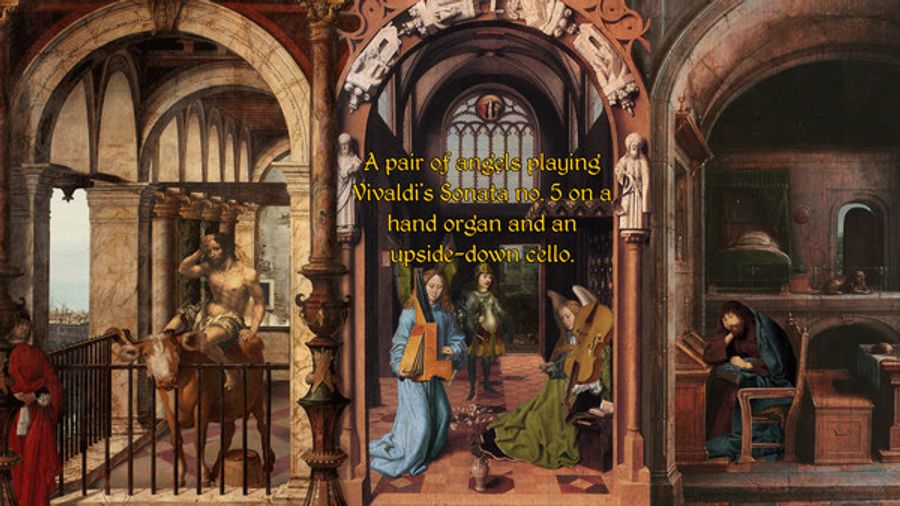 While the object puzzles are never tedious, it’s The Procession to Calvary’s humour that makes it such a joy to play. Thanks to a heaping helping of lunacy (and the game’s satirical streak) it’s often laugh-out-loud funny. The characters lack voiceovers, but the writing is so sharp you could decapitate a monk with it. You’d think that your main character’s homicidal bent would stop being funny, but it never does.

Being able to poke, slap and shove characters at random proved entertaining in a way that I’m faintly ashamed of. Throw in a fantastic era-appropriate soundtrack  and you’ve got an absurdist adventure that, while coming in at under two hours, will keep you hooked. The Procession to Calvary does Monty Python proud.

The Procession to Calvary is available now on Steam.