Everyone loves a good hero, but those legendary cape-wearers wouldn’t be anywhere without their arch enemies.

Without someone to constantly annoy our protagonists, there wouldn’t be anyone to thwart in the end; nobody to triumph over; nobody creating the evil that must be overcome. Not to mention that there wouldn’t be anyone to get the good loot from, save the damsel in distress from, or to exact your sweet, sweet revenge on. Games would be much sadder (and much quieter) without these villains.

So as dastardly as these video game villains are, we just love to hate them. These are the baddies that make us ragequit, but also keep us coming back for more. They’re the ones that we can’t wait to destroy – only to sort-of miss them a bit when they’re finally gone…

Dr. Neo Periwinkle Cortex is the main antagonist in the Crash Bandicoot series. Cortex himself actually created Crash Bandicoot, his arch nemesis and the good guy who foils his every plan. There’s definitely a sad irony there.

Dr. Cortex is the final boss in many of the Crash games, and despite being a constant nuisance that shows up to bother Crash during the game, we can’t help but love him. He’s prone to anger fits which give him his true villain-esque demeanour, but his haplessness and short stature makes him more of a cute, cuddly kind of bad guy rather than a true evil villain. But he’s trying his best, so we’ll continue to pretend to be terrified of him.

Heavy Rain tells the haunting story of four protagonists that live during a time where someone (an unknown man or woman) named the “Origami Killer” is kidnapping and killing children in a gruesome manner – by drowning them in rain water. All four protagonists have a common enemy, and through their interlocking stories you get glimpses of how the killer is affecting them specifically.

The Origami Killer gets his spot on this list because of the horrifying goose chase that he sends all four characters on throughout the game. Any video game antagonist that can make us feel physically ill deserves to be remembered. His gruesome but clever trials bulk out the already wonderful story and as a result, Heavy Rain remains one of the best murder mystery games to exist. We’ll never feel the same about origami ever again; so much for that “Learn to be an Expert at Origami” book.

Sure, Tom Nook isn’t “technically” our enemy, but who cares about technicalities, right? If you’ve ever played Animal Crossing, you know exactly what we’re talking about. For those that aren’t familiar, Tom Nook is the store owner of previous Animal Crossing games – and in the latest, Animal Crossing: New Horizons – he’s in charge of the island you call home.

Nook is addicted to money and will suck you dry if you let him. He’ll offer to build you a house – but you’ll have to pay him for it. Then he’ll extend it, but oh, it’ll come with a big debt. Follow that up with coercing you into improving your island by building bridges and whatnot, only to make you pay for the work out of your own pocket. In older versions, Tom Nook was constantly trying to rip you off by giving you “gifts” and then charging you for them, along with other displays of devious capitalism.

Perhaps we just hold a deep, seething grunge on this raccoon, or perhaps he really is the embodiment of all that is evil in the world. Yes, yes, Animal Crossing tells you your villagers are “moving out”, but what if Nook is actually kidnapping them and selling them on the black market? And we just keep shovelling money into his back pocket, funding his nefarious activities. Don’t trust anything he tells you.

6Ganon (The Legend of Zelda Series)

Ganon, also known as Ganondorf, truly epitomises the perfect video game villain. He’s pure evil, simple as that, and he’s always trying to kill Link and/or Zelda. Ganon always seems to be right there at the most inopportune moments. Link’s about to do something truly heroic, and right on time, there’s Ganon, ready to mess things up.

What’s even more horrifying is that you’re never quite sure what Ganon’s going to look like due to his penchant for taking different forms. Call us crazy but there’s something about the dark blue-ish skin that just makes him seem like he’d buy you a nice dinner if you asked, but then steal part of your Triforce and run away without paying the bill. That’s just the type of guy he is.

Let’s face it though, he’s a still badass to play as in Super Smash Bros.

As creepy as Pyramid Head is, we love him, pure and simple. Probably a little too much if we’re honest. Without a doubt, he’s one of the best-designed antagonists in the entirety of the horror genre. Who else could put the fear of God in you whilst moving at the slowest of snail paces?

The pyramid covering his head adds a real element of mystery to his character. Without knowing what’s underneath, how can you be sure what he even is? Then, of course, there’s the gigantic sword that he drags behind him like it’s made of lead (until he swings it around like it’s as light as a feather). And let’s not the occasional moments where he’ll appear at end of a corridor to simply stare you down, making sure you’ve still got that fear brewing in you. Pyramid Head is a fantastically designed video game villain that makes the already unique and unsettling world of Silent Hill even more memorable. More of him, please.

Here’s everybody’s favourite blondie who wears sunglasses at night and runs around everywhere like he owns the place. Albert Wesker is one of the main antagonists of the Resident Evil series. He’s one of the biggest brains behind the Umbrella Corporation and he’s just plain evil – with a sizable helping of cheeky pompous arrogance you can’t help but appreciate.

In the first Resident Evil, he tried to stick a bunch of monsters on the S.T.A.R.S. members in order to kill them all off. In Resident Evil 3 he sent Ada Wong into Raccoon City to steal the G-virus sample from William Birkin. In Code Veronica X he attempts to steal the T-Veronica virus while also slapping Claire Redfield in the face (the “any bad guy who gets in a good slap” rule comes back in action.) He just keeps coming back. The best kind of villain is the one that’s practically unkillable.

Ah, the fire-breathing brilliant creature that is Bowser. After repeatedly kidnapping Princess Peach and trying take over Mario’s Mushroom Kingdom, kids and adults alike just love this spikey nuisance. Perhaps we love Bowser most in Super Smash Bros. where we can simply spam-attack his fire breathing ability like the filthy trash we are am in order to beat our opponents.

We also love Bowser in the Mario Party games when he gleefully messes with everyone playing the game. The Bowser mini-games in Mario Party 5 are still some of the best. We can even appreciate Bowser’s role in Mario Party 10 where he just kind of stays in the background, threatening to break out until he finally does and all hell breaks loose. Bowser is just a big spikey-shelled troublemaker, but it’s why we all love him.

Handsome Jack was introduced in all his glory in Borderland 2. He also shows up in Borderlands: The Pre-Sequel, and he plays a huge part in Telltale’s Tales From the Borderlands. Handsome Jack gets his spot so close to the top of the list for one reason and one reason only: he’s goddamn hilarious. Despite being one of the most evil villains in video game history, he does all of his evil deeds with a flair and style that most of us can only dream of. Killing, maiming, cursing; he’s the master of them all.

Handsome Jack is the voice in your ECHO in Borderlands 2, and that’s a large part of what makes it the best game in the series in our opinion. Part of what makes us love to hate him is that you can’t ever shut him up. He’s in your head the whole time, and as much as we love his jokes, sometimes it can become too much. Still, we can’t think of an antagonist with quite so many one liners as him. Jack, we salute you.

Finally, the biggest baddie on the list! Well, maybe not physically the biggest, but one of the baddest to be sure: it’s GLaDOS from the Portal series. GLaDOS (which stand for Genetic Lifeform and Disk Operating System) is an artificially intelligent computer system designed to oversee Aperture Science’s Enrichment Center. GLaDOS gets her top-of-the-food-chain spot on this list for being incredibly evil, like the rest of the video game villains on this list – but the difference with GLaDOS is that she doesn’t realise that she is. The fact that GLaDOS truly thinks that she’s simply doing her job by sending Chell into an incinerator or through test after test of dangerous puzzles makes her truly despicable.

GLaDOS is also master of emotional abuse. She’s constantly calling Chell fat without actually saying it. She teases her with glimpses of the outside world and by convincing Chell that her parents are waiting to see her. She’s truly, truly cruel, and clearly delights in it. She is equal parts devil on your shoulder and twisted friend to keep you company. GLaDOS will remain one of the best-written video game villains of all time. 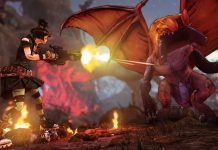 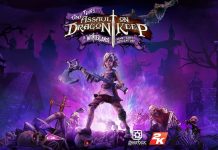 Tiny Tina’s Assault on Dragon Keep: A Wonderlands One-Shot Adventure is Out Now