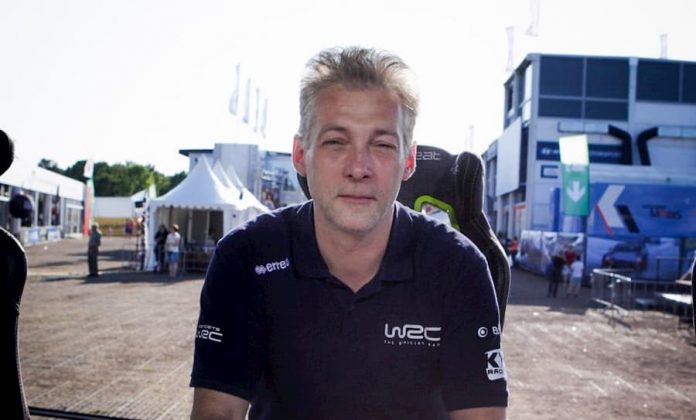 Launched on 19th March for PS4, Xbox One and PC, TT Isle of Man – Ride on the Edge 2 is one of the best motorbike racing games available right now.

A clear improvement over its predecessor, TT Isle of Man – Ride on the Edge 2 features revamped physics to make the action more realistic than ever. What most players will appreciate, however, is the much improved career mode, along with heaps of additional content and even a free-roam environment. Honestly, if you’re a fan of the Isle of Man TT, or even just motorbikes in general, you should definitely check it out.

GameSpew: What would you say is the biggest improvement/new feature in TT Isle of Man – Ride on the Edge 2? Why should those who own the first TT Isle of Man game buy it?

Alain Jarniou, Kylotonn: Our main intention for this new opus was to make the ultimate road race experience, where, like in reality, the most glorious consecration is the participation to the Tourist Trophy Snaefell Mountain Course.

The first big enhancement we’ve focused on for TT Isle of Man – Ride on the Edge 2 was the bikes physics. Such a discipline deserves perfect core gameplay. On that point, we started from scratch because we knew it was not perfect in the first instalment.

To let the player enjoy the new physics and do what every biker love to do – go on the road and push the bike to the limit – we created a full new area we call the “biker’s paradise”. It’s as big as the Isle of Man course and built around numerous roads to provide the best driving situations. It was designed to be the first open world dedicated to the road race.

Ultimately, we created a whole new career mode to immerse the player in the fascinating world of road race competition. It’s not just about doing races, but you also manage a calendar, make choices, buy bikes, prepare them and meet diverse challenges other than racing.

Is it helpful working with TT Isle of Man participants? Have their suggestions led to the implementation of features/gameplay changes that you’d have never thought of?

Working with actual TT Isle of Man participants is very important for us.

Every year, the team goes to the Isle of Man during the competition and meets bikers there. We can get references of the bikes and their liveries, to make them as close as possible to the reality in the game, but this is the perfect time to meet the guys behind the “warriors” (that’s what defines the best of those extraordinary bikers for me). They talk about their passion, the competition, and the way they manage their career. We can talk about their impressions of the game, also.

We also had the chance to work at the studio with bikers like Julien Toniutti (French record holder on the Tourist Trophy) and Davey Todd (2nd best newcomer in the Tourist Trophy of all time). They spent time with us to tweak the physics, talk about the bikes and the competition, what are key takeaways for management, etc. All those precious discussions and bits of advice fed into changes we made to the game.

Do you often get feedback from professional racers thanking you for letting them practice at home?

For such an extreme and dangerous race, we always had it in mind that the game can help you learn the course and the right racing line. Davey Todd said he spent hundreds of hours on the game to learn it by heart before going on the actual course. He said it really helped him; the game is very accurate in its reproduction of the real course, and we updated it with the changes that occurred since the first game. A specific tree, a house, a pub, a bridge, one small bump, the lines on the road… We try to be as close to reality as possible so they can see most of the actual visual references.

How do you balance realism with making a fun, playable game?

My method at Kylotonn is to start with the most realistic physics as possible. The core gameplay is the most important thing in a racing game. Then we work on the driving aids that can help more casual players to enjoy the experience. I think the fun comes when the driving experience is “authentic” and you feel like a real biker on a bike. The fun comes with the satisfaction of mastering the beasts.

KT Racing is a racing-focused studio, obviously. Do you sometimes find motivation lacking making games in the same genre one after the other? Where do you look for inspiration for new ideas and improvements?

Racing is a fascinating discipline. There is always something to invent to make the games better, more realistic, more engaging, and it’s a long road.

During my career I used to hear “A racing game is a racing game”. I say: “No way!” There are always new ideas to make a racing game different and more engaging, fresh and innovative. There is no limit to what we can do in a racing game.

We’re always working on new ideas, inspired by movies, other game genres and other disciplines, and there are many good things to come…

What’s next for the TT Isle of Man – Ride on the Edge series, and more importantly KT Games? Can you tell us about anything you’re working on next? (Test Drive *nudge nudge, wink wink*)

There are so many things to do for the glory of road racing! We can’t reveal much about it, of course, but TT Isle of Man – Ride on the Edge is an open window to create wonderful new experiences.

Also at Kylotonn, it’s not a secret, we’re working on the next opus of the Test Drive licence, and the licence is so inspiring. You can expect great things to come. I’m always working, as creative director, on new concepts for the glory of racing, both on road and off-road.

Are you excited about the possibilities of next-gen consoles? How will they help you improve further games?

What’s coming next is exciting. More power means more realism, in terms of rendering, frame rate, physics and the gaming experience in general. This new generation is opening window even wider to a very exciting future…

TT Isle of Man – Ride on the Edge 2 is available now on PS4, Xbox One and PC. Read our review of the game, or purchase a copy on Amazon. Our thanks go to Alain Jarniou for answering our questions.