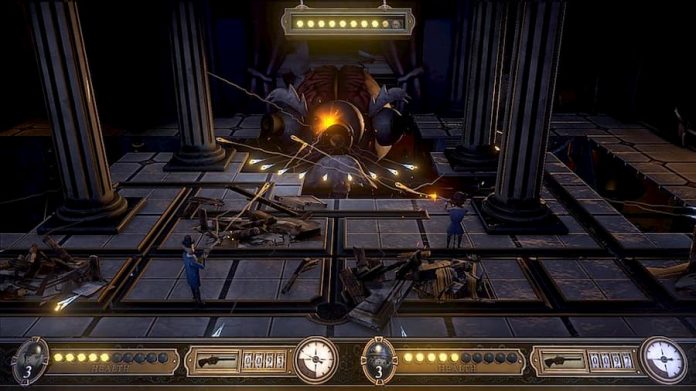 Rescue the president in this old-fashioned adventure with a difference!

Billed as an ‘old-timey arcade shooter’, Bartlow’s Dread Machine is an upcoming action game that’s based around early 20th century parlour game cabinets. In it, you take on the role of a government agent on a mission to save the kidnapped President Roosevelt.

Bartlow’s Dread Machine features six different worlds, taking you to iconic locations such as New York and San Francisco. As you play, you’ll unlock new characters and weapons, along with numerous outfits to deck your character in. It’s also fully playable in co-op should you wish to bring a friend along for the ride.

This is an on-rails shooter with a difference; it looks like your character can only move in pre-set directions depending on the track they’re on. It’s a neat concept, and one that looks very effective, at least artistically.

Barlow’s Dread Machine is set to release on Steam in Early Access in July. An Xbox One and full PC launch will follow in the autumn. Give the trailer a watch below, and visit the official website for more information. 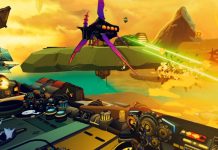 In Bow to Blood, Your Words Can Be Just As Dangerous As Your Guns