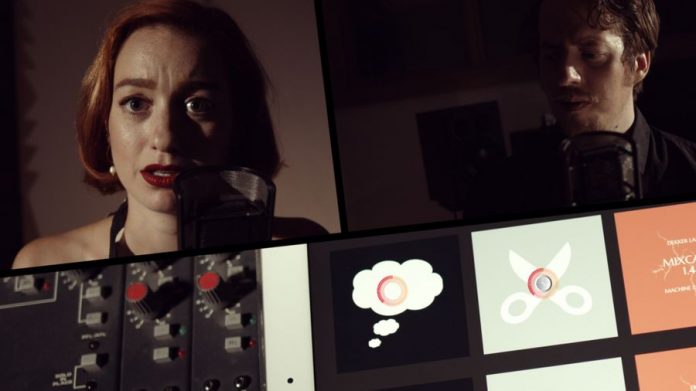 If there’s something strange in your neighbourhood, who you gonna call? Not Poe and Munro because, as engrossing as Dark Nights with Poe and Munro is, the pair’s relationship oozes unease.

Briefly introduced in D’Avekki Studios’ The Shapeshifting Detective, Ellis Munro and John “Poe” Pope are the presenters of a radio show, Dark Nights with Poe and Munro. Their strange, co-dependent relationship figures heavily into this FMV adventure and it grows more grimly fascinating as you go on.

Dark Nights with Poe and Munro is made up of six half-hour long episodes, and is less interactive than D’Avekki’s previous games, which is mildly off-putting at first. Every minute or so you’re presented with a clickable hotspot, letting you choose between one of two or three options. On the accessibility front, you have the option to stop these hotspots timing out (though, conversely, you’re stuck with small, non-resizable subtitles). Each episode has two endings but, since it’s billed as a prequel to The Shapeshifting Detective, you know Dark Nights isn’t going to end with either of the protagonists on a mortuary slab, no matter what you choose.

Still, the tales you’re presented with are so cleverly written that you’ll overlook the lack of game-ending stakes or the lack of player control. What’s particularly neat is how you’re never quite sure whether you’re dealing with the supernatural or not. The X-Files‘ Dana Scully might have retained her scepticism, but it was apparent to the viewer that there really was a giant badger eating people’s gall bladders. Creators Tim and Lynda Cowles have made the most of a limited budget – a large number of scenes are, unsurprisingly, set in the radio station – to deliver six stories that will have you hooked from beginning to ambiguous end. Yes, there’s a man holding Poe and Munro hostage, but all his talk of time travel’s just nonsense… right? 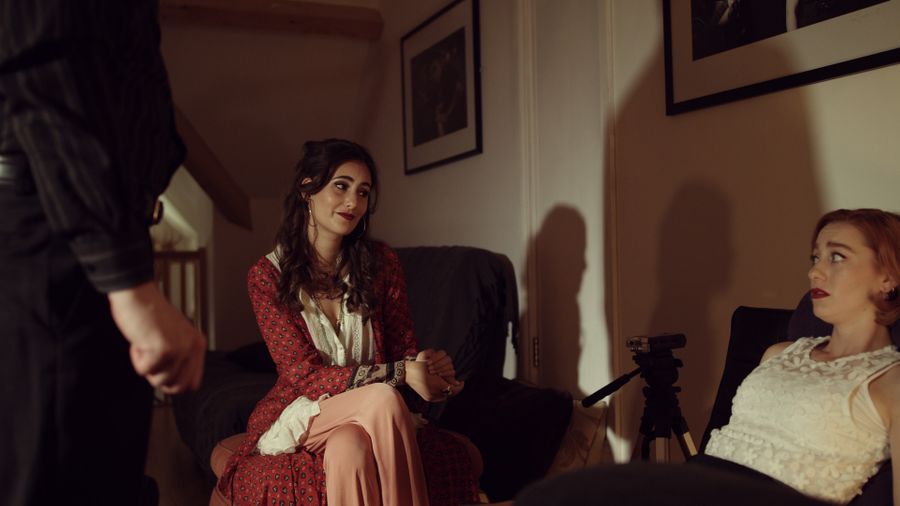 Dark Nights with Poe and Munro’s top-notch and wholly affecting performances further elevate the game. There’s not a duff turn, even when an actor’s on screen for a matter of moments. When Aislinn De’ath’s Violet off-handedly mentions having buried someone under the patio, you squirm because it’s delivered in such a manner you’re not sure if she’s serious or not. Then there’s Klemens Koehring and Leah Cunard as Poe and Munro respectively who really knock it out of the park from start to finish.

Dark Nights weaves the pair’s disturbing dynamic into each episode. Even when they’re seeking out a kidnapped teenager, you’re always conscious of their chemistry. It’s tempting to see Poe as an overly-attached boyfriend, having insinuated his way into Munro’s life – which is precisely what one caller suggests. You’ll cringe when, with no apparent sense of appropriateness, Poe clumsily retells the story of his father’s death in an effort to calm Munro down. But, thanks to Koehring, who brings the right amount of strangeness and sadness to the role, and Cunard, who can go from sweet to sinister in half a second, your perception of their relationship slowly changes. Who’s really in the driving seat? Or are these two damaged people going to end up driving off a cliff together? 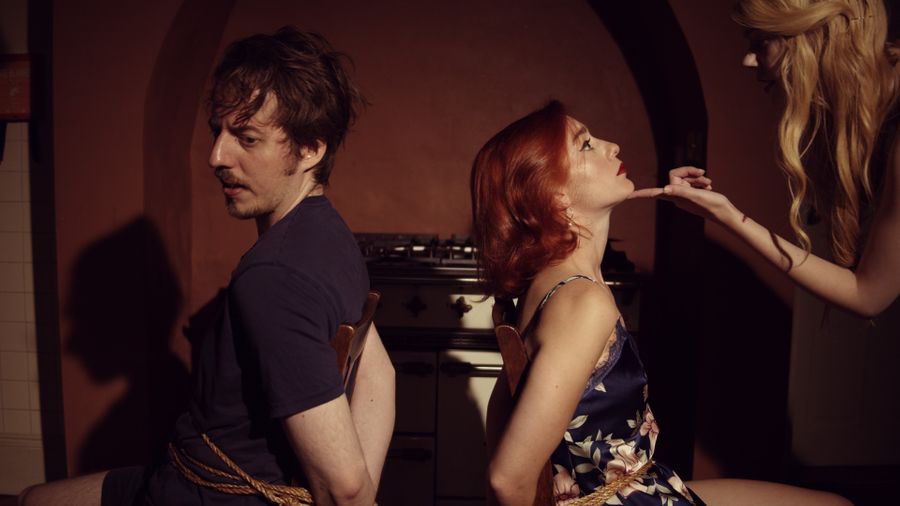 Dark Nights with Poe and Munro isn’t perfect. One of the six episodes revisits D’Avekki’s The Infectious Madness of Doctor Dekker and ends up being a little too indulgent. Yes, Cunard gets to show off her acting chops by playing a wildly different character, but devoting a whole episode to a callback feels wholly unnecessary.

And while the episodic format makes for some eerie, tightly-scripted drama, Dark Nights forces you to sit through a “next time on Poe and Munro” each time, giving away a chunk of the next story. Frustratingly, there’s no way to skip this and the same is true of other FMV sequences in the game. The feeling that you’ve missed something, that you’ve let part of the story slip through your fingers, is enough to bring you back to Dark Nights, but watching the same footage a second time isn’t as much fun. And I’d still have appreciated being able to more actively guide the duo. Sure, in The Shapeshifting Detective you could visit a location to find your interviewee was absent, but the freedom to roam was still welcome.

It doesn’t quite reach the lofty heights of The Infectious Madness of Doctor Dekker or The Shapeshifting Detective, but its episodic format, coupled with excellent performances and quality writing, means that Dark Nights with Poe and Munro is well worth tuning in for.

Dark Nights with Poe and Munro is available on PC. We reviewed the game with a copy provided by the developer. 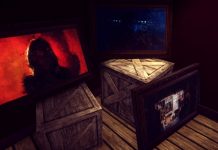