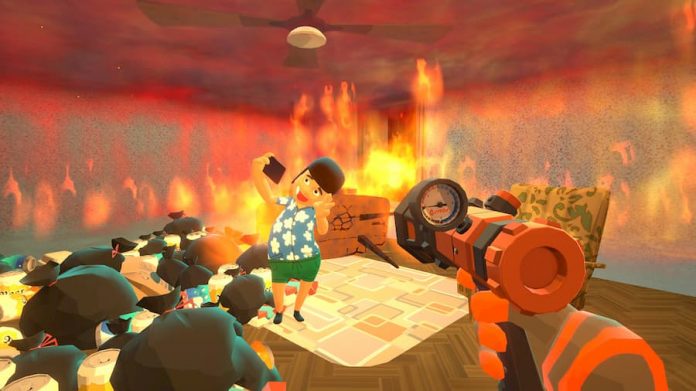 Time to fight fire with fire! No wait, that’s a terrible idea.

Firefighting is an incredibly lucrative business in Muse Games’ frantic title Embr. Out via Steam Early Access today, Embr is all about moving fast, co-operating, and earning high scores so that more customers will hire you to put out their fires. Of course, there’s also money in it for you if you manage to save everyone and their valuables. It’s a thankless job, but somebody has got to do it.

Right off the bat, Embr is quick to impress. With the vocal stylings of popular internet YouTube comedian Jesse Cox to introduce you via the game’s tutorial, players are quickly shown the ropes of the main concept of the game: putting out fires. But it isn’t as simple as that. You’ll also be required to shut off gas, turn off dangerous electrical leaks and more. Your job as an “Embr Respondr” is to finish the job as best you can to get as high of a score as you can on the Embr app. If you let your client’s Aunt burn up in the firey ashes of the local Crab Shack, you’ll quickly lose those precious flames (the equivalent of stars).

Embr is best enjoyed in multiplayer, allowing up to four players to work together. I grabbed a friend and we tackled those toasty flames together. First you pick a level, determine what the goal is (save five people, grab crash, etc.) and then dive right in using a wide array of abilities. In the very beginning you’ll have just your water hose, axe and client detector (which allows you to see how many people are in the building). As you earn more money, you can use it to purchase new tools. You’ll find tools like the ladder and trampoline to be invaluable, but others, like the sprinkler, might not woo you so much. 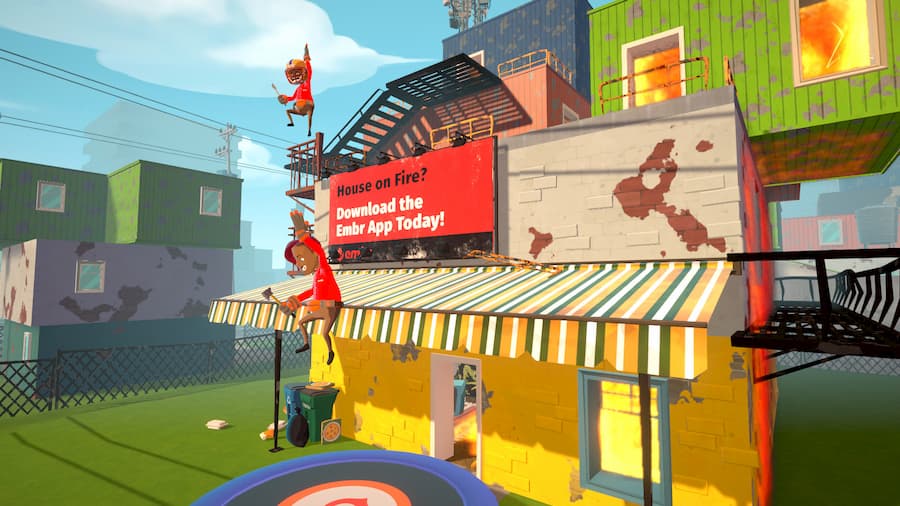 The overall concept of Embr is impressive and interesting – but it’s quickly clear that this is an Early Access title. It has quite a lot of work left to go. I encountered a lot of glitches while playing; just simply touching the grappling hook and pointing it in the wrong place  had my friend screaming that he had fallen through the world. More than once I also fell through the environment when I lost all my health during the level. Problems are to be expected though; fixing them and getting feedback along the way is what Early Access is for, after all.

Currently, Embr is tough. When you first start out a level and there’s fire in only a few places, it’s manageable, but when that fire begins to spread through the rest of the house it becomes impossible to tell what’s going on. Of course, it can be said that it mimics what it would be like to be in the middle of a real fire – but this visibility issue isn’t caused by smoke; the flames themselves cover everything and make it incredibly confusing to figure out where to go. Not to mention that the building around you is crumbling. You can be at full health one moment and then dying the next. Hopefully the difficulty is toned down a bit in a future update. 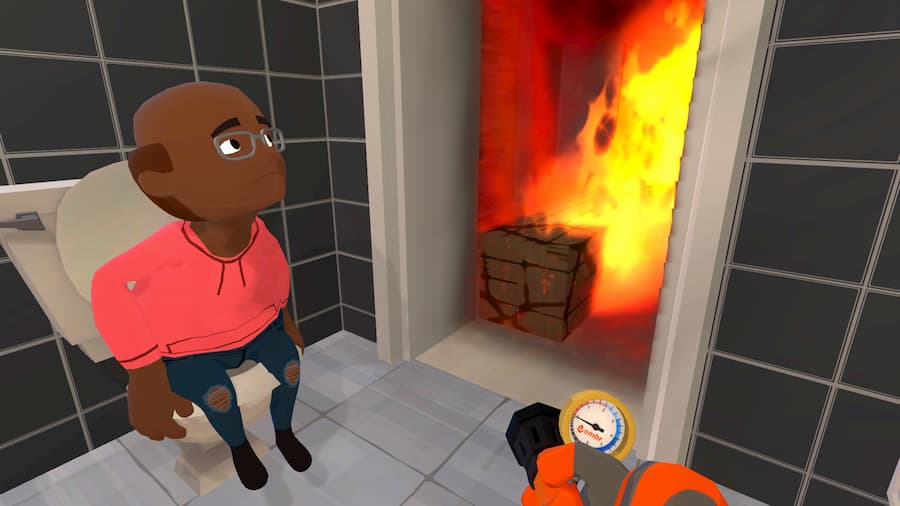 When it all runs as it should, though, Embr is a delight. Although it’s perhaps a little too unforgiving right now, the charm of playing does lies in its challenge. It shouldn’t be too easy to run into a burning building and get everyone out alive – along with their money and valuables of course. Part of the fun is strategising with your friends in multiplayer; deciding who tackles which area, or watching each other’s backs. Unfortunately, the levels go by so fast that there isn’t a lot of time to talk things through and; longer levels would allow for much better co-ordination and teamwork.

Developer Muse Games intends to have Embr in Early Access for around 12 months. That’s to allow the team to gather meaningful feedback, build a community around the game and, of course, add more content. It plans to have 2-3 times the amount of content once Embr is ready to release fully; by adding campaigns, fleshing out existing tools, and expanding the asset set. Of course, polish and optimisation comes along with that too.

Being right at the start of that 12-month journey, Embr of course has a long way to go. Its numerous problems are plain to see – but so is the charming game its shaping up to be. It’s a hilarious concept that, even in its current state, provides a lot of fun when playing with friends. I look forward to watching Embr work its way through Early Access; it’s on its way to being something really special.

Embr is available on Steam.