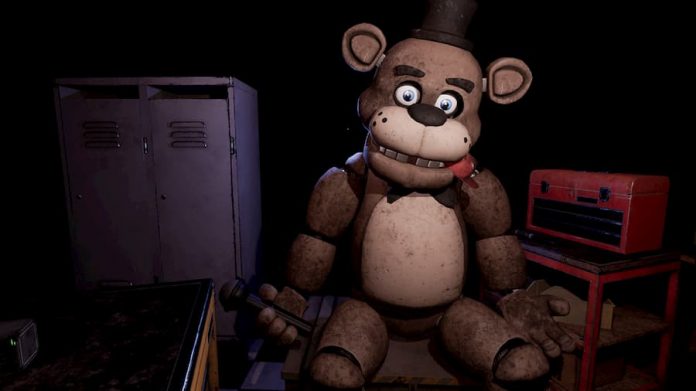 Five Nights at Freddy’s: Help Wanted is a VR game, minus the VR. Confused? You’re not the only one; porting Help Wanted to the Nintendo Switch is a questionable move.

Chances are you’ve been exposed to one of the Five Nights games; even if you haven’t played them yourself, you’ve likely caught a glimpse of some YouTuber playing them, gurning and flinging themselves halfway across the room in terror.

The defining feature of Five Nights at Freddy’s is its creepy animatronic puppets. They leave you constantly on edge, wondering if they’ll jump out at you at any given moment. As you flick between cameras, the tension builds up as you hope against hope that the rogue animatronics have stayed put. You’ll gamble whether you can leave the door open for a few seconds longer, saving you precious power, before Bonnie the Murderbunny arrives to take your face.

“Porting Help Wanted to a non-VR platform, without compensating for the lack of a headset, has left me scratching my head”

It’s a sheer testament to creator Scott Cawthon’s creativity that, while the general risk and reward aspect of Five Nights at Freddy’s has persisted, each entry to the series has changed things enough to remain fresh. In its originally release last year, Five Nights at Freddy’s: Help Wanted took the game’s tried-and-tested formula and transported the franchise to VR.

Suddenly, thrusting yourself away from your desk or having your headphones halfway off your ears (which I definitely, honestly, didn’t do) was no longer an option. With a VR helmet strapped to your head, every jump scare was inescapably in-your-face; more so than ever before. It was a horrifying stroke of genius, and now it’s come to the Nintendo Switch – minus the VR. The PC and PSVR versions of Five Nights at Freddy’s: Help Wanted let you play without using a VR helmet too, but porting Help Wanted to a non-VR platform, without compensating for the lack of a headset, has left me scratching my head. 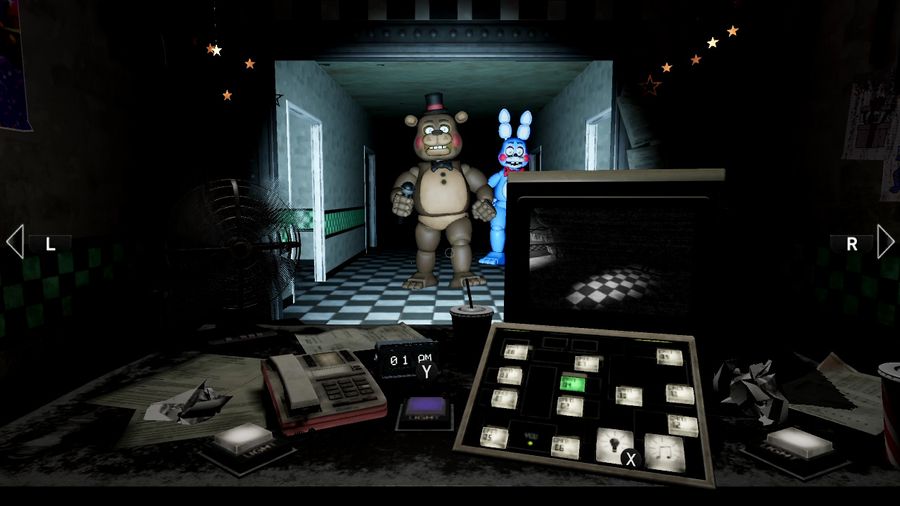 There are some neat touches here; being able to use the left Joy-Con stick to gaze around the dimly lit pizzeria, and the security room you’re ensconced in, is a welcome addition. But since Help Wanted is essentially a remake of Five Nights at Freddy’s 1, 2 and 3 (with a few additional mini-games thrown in), the action takes place on a 2D plane. So there’s no risk of anything sneaking up behind you, which is a wasted opportunity.

If you’ve only experienced the games in 2D, seeing them recreated in full 3D is a bit of a treat – and if you’re new to FNAF entirely you’ll be scared out of your socks. You can hop between any of the three games but working your way through each is the way to play. Being able to close doors, even for a brief period of time, is such a relief… then you hit Five Nights at Freddy‘s 2 and are faced with two permanently open doorways. There’s a rush of horror when you realise there’s next to nothing between you and animatronic-induced doom. 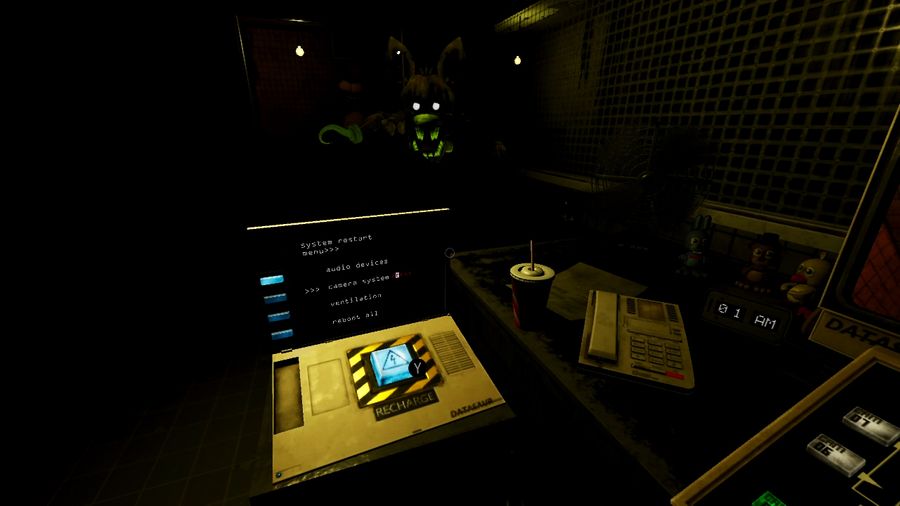 However, no matter how much you might love being terrified, Five Nights at Freddy’s: Help Wanted‘s clunky interface saps the game’s fun factor. Used to keep an eye on the animatronics, a security display originally dropped down to fill the whole screen. Using a VR headset, the in-game monitors are big enough that you can see what’s going on, adding to the illusion that you’re stitting in your own security booth. However, when you view that display through a television screen, it becomes hard to see what’s going on on the already grain black-and-white mini monitors.

Furthermore, if you try to play Help Wanted in handheld mode, you have to squint just to make anything out. Given this is such an essential part of the game, you’re at a huge disadvantage if you play Help Wanted on the go (though suddenly screaming out loud is a great way to get yourself a spare seat on the train). Another unwelcome addition to Five Nights at Freddy’s: Help Wanted is the way the animatronics move; seeing them walk instead of then moving when you’re not looking actually diminishes their fear factor. 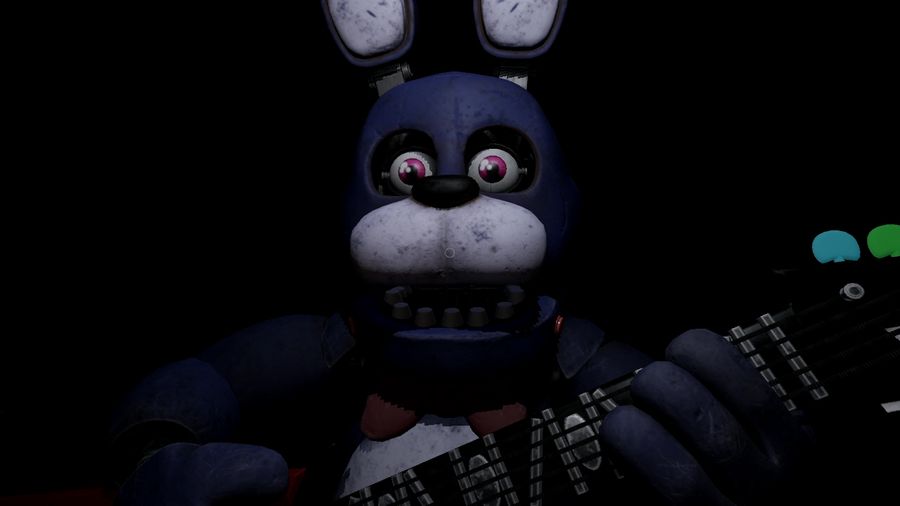 “Minus a VR headset, it’s not a great way to experience Five Nights at Freddy’s, even factoring in the bonus games and the additional lore”

Then there’s the other controls which can be infuriatingly unwieldy; again, another consequence of not being able to play the game in VR. With a VR headset, you can turn our head and hit a switch in one smooth movement. On the Nintendo Switch, you’ve got to move the thumbstick in one direction, keep it held down so your view doesn’t snap back, and then hit the appropriate button. There’s a random factor at play in Five Nights at Freddy’s but quick decisions still count; fumbling with buttons and camera angles as an animatronic bear, er, bears down on you, is a recipe for frustration, not terror.

Five Nights at Freddy’s: Help Wanted is available on PC, PS4 and Switch. We reviewed the Switch version with a code provided by the publisher.