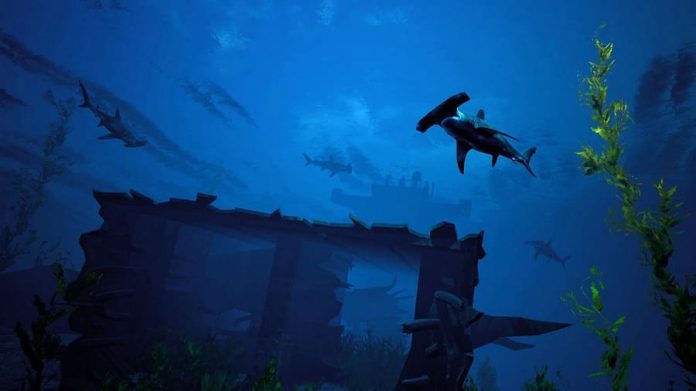 Are you trying to hunt down all the Shadow, Bone or Bio-Electric evolutions in Maneater? Here’s how to get your fins on them.

Maneater lets you upgrade your shark, giving it one of three distinct looks or, if you so desire, you can swap bits around, giving it bone teeth and a shadow tail. There are three different sets, but they’re all gathered in different ways – your shark also needs to be an adult before you can use them.

If you want to get the shadow evolution upgrades, you’ll need to discover all the landmarks in five of Maneater’s zones. These are the zones in question:

The game will helpfully mark the landmarks for you when you get close enough, though if you miss any you can roam around using sonar to ping them. Once you’ve got all the shadow upgrades you can go back to your cave and apply them.

To get the bone evolution upgrades, you’ll have to defeat the game’s apex predators which means following a zone’s “story” missions until you receive another specific mission asking you to take on the apex predator for that zone. You may also, once you hit the halfway point, have to complete 50% of the side missions before the apex predator mission appears. Here’s which apex predators give you which upgrades:

You can get bio-electric evolution upgrades in any zone that has people to eat. In order to get them, you need to attack people until the alert meter fills and shark hunters show up. Then, defeat the shark hunters again and again, which will fill up the circular infamy meter. It doesn’t matter if you get killed, your infamy level won’t drop. Fill the circular meter and a boss hunter will show up.

Killing boss hunters will not only raise your infamy to the next infamy level (up to 10) but you’ll often get an evolution as a reward. Here’s which bosses give you which bio-electric upgrades – but you’ll have to defeat these in order, so you can’t get a bio-electric head without getting a bio-electric tail first.