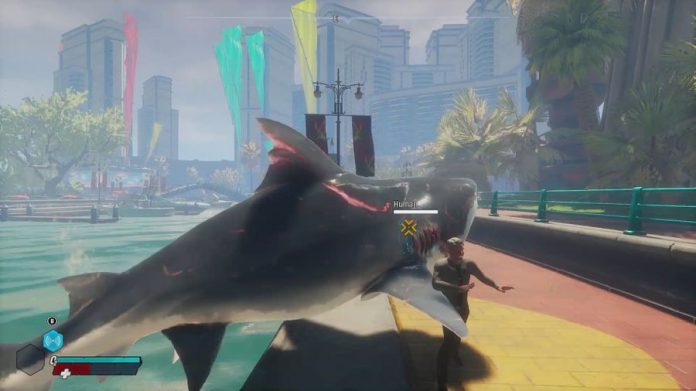 Are you thinking of getting Maneater but are wondering if it’s an open world game? Here’s what you need to know.

Maneater casts you as a bull-shark, munching her way around the ocean. But do you really have the freedom to explore an ocean playground? Or is Maneater just pretending to be open world?

The truth is that, once you’ve finished it, Maneater becomes an open world game. But certain areas are blocked off to you until you’ve reached the required sharky size. For example, until your shark reaches adult size you can’t smash through certain gates. Reach elder size, on the other hand, and you can go pretty much anywhere.

However, there’s still a couple of catches. You can’t swim seamlessly around the island because there are barriers still in your way; you’ll find yourself having to leap over fences in some places.

Secondly, when you enter another area (there are eight in total) you’ll often get a loading screen. These screens aren’t there for long, but it does further undermine the notion that you’re exploring one massive island.

So, Maneater doesn’t initially give you access to its whole world, since the areas gradually unlock, but you can go back to areas you’ve already explored and eventually you’ll have the run of the whole island.