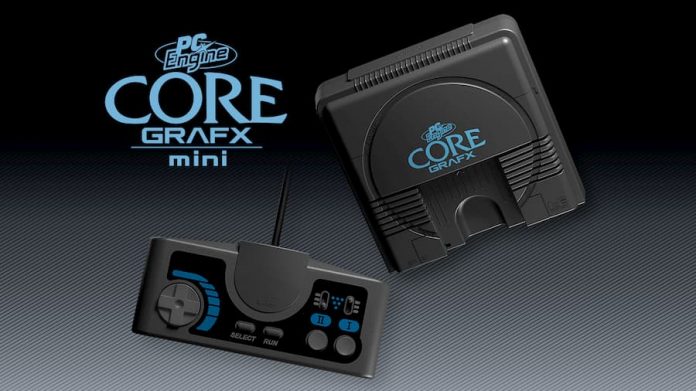 Mini versions of consoles from yesteryear have been released to varying levels of success the last few years.

The latest, the PC Engine CoreGrafx Mini (or TurboGrafx-16 Mini depending on where you’re located), has had its launch stunted by COVID-19. Whenever it’ll be available to buy now is anyone’s guess to be honest. And it’s a shame, because despite its niche appeal, it’s actually one of the better mini retro consoles available.

Priced at £99.99/$99.99, inside the box you get the mini console itself, one controller, a HDMI cable, and a USB cable. The unit it powered by USB, but if you don’t have a socket available that can provide enough power on your TV/monitor, you can use a power adaptor. Both the CoreGrafx Mini and TurboGrafx-16 Mini retain the look of their original counterparts, and it has to be said, they’re pretty ugly. But at least here they’re very dinky, which makes them a little cuter.

Booting up the CoreGrafx Mini, you’re presented with a pleasant and tidy menu that’s akin to those found on other retro consoles. You can scroll though games easily, and sort them by numerous criteria. An options menu even lets you change the screen size, apply a CRT filter, and set a wallpaper. But the best thing about the console is the ability to let you switch between a selection of Japanese PC Engine titles, and titles localised for the CoreGrafx/TurboGrafx-16.

There are 32 PC Engine titles all in all, and while some of them are unplayable unless you can read Japanese, most are playable, and some of them are even all in English. You won’t follow the story of Akumajō Dracula X Chi no Rondo, for example, but you’ll enjoy it for the great Castlevania game that it is. And titles like Super Darius and Salamander you’ll enjoy from beginning to end. You’ll find that most of the PC Engine games that are unplayable because of the language barrier are also included in the CoreGrafx/TurboGrafx-16 lineup, too; games like Neutopia 1 & 2, and Ys Book 1 & 2. 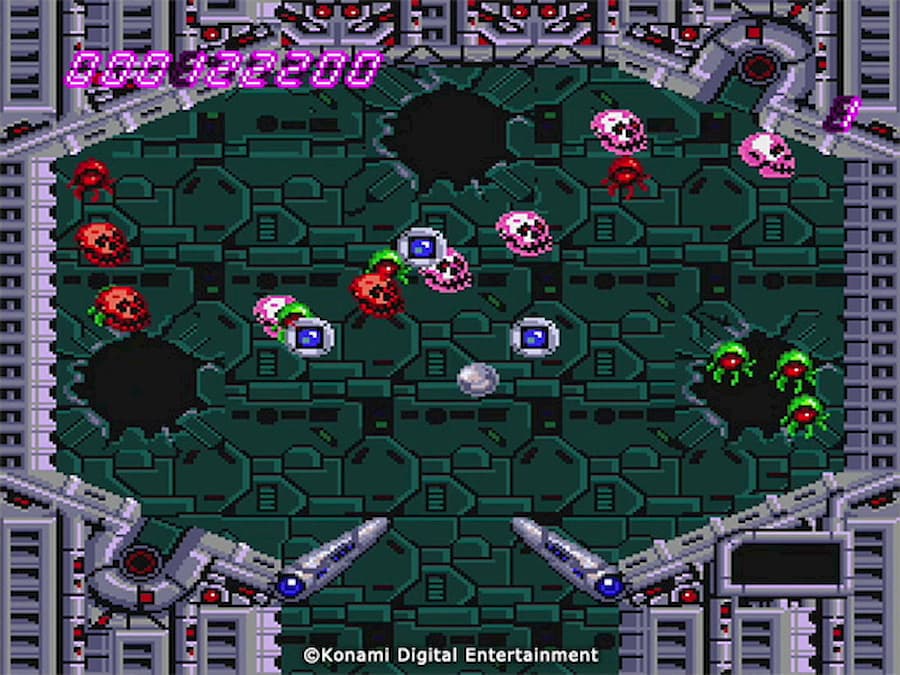 It’s the 25 localised games that are the real attraction of the CoreGrafx Mini; classics such as Splatterhouse, Bomberman ’93, Alien Crush and R-Type. Though, like most retro collections, the mileage you’ll get out of them largely depends on your nostalgia levels. I’d happily sit and play the games I remember from my youth, reminiscing about good times spent with them. Moving onto the those that eluded me the first time around, however, my patience quickly wore thin; some games just haven’t aged well. The shoot ’em up genre hasn’t really changed much over the years, but the action and racing genres? They’ve come on leaps and bounds, leaving those included on the CoreGrafx Mini tough to go back to.

As such, it’s fans of shoot ’em ups that will get the most out of the CoreGrafx Mini/TurboGrafx-16 Mini. With over 15 of the system’s 50-odd unique games being shoot ’em ups, it’s a haven for genre aficionados. The likes of Fantasy Zone and Gradius will be familiar to many, and they’re just as playable now as they were all those years ago. But then you also get access to games like Aldynes and Chō Aniki; classics that have rarely been released outside of Japan. Needless to say, it makes the CoreGrafx Mini quite the interesting proposition. 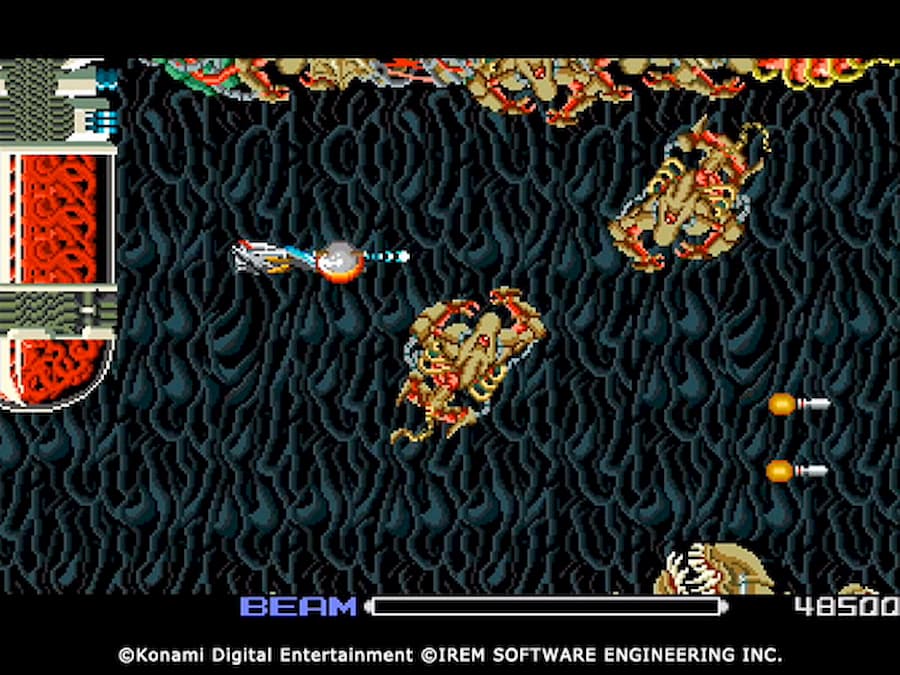 “Featuring some timeless classics as well as numerous interesting rarities, it’s your gateway to an instant retro shoot ’em up collection”

It’s just a shame that only one controller is included given the retro console’s price point. The disappointing PlayStation Classic launched with two controllers for the same price, for example, while the SNES Classic et al all launched with lower RRPs. There are two controller ports, however, so if you want to play CoreGrafx Mini/TurboGrafx-16 Mini games in two-player, you’ll simply have to fork out for another controller. If third-party ones become available maybe they’ll have better d-pads, because the one on the standard controller isn’t great.

When the PC Engine CoreGrafx Mini/TurboGrafx-16 Mini does become available in your country, it’s certainly worth checking out if you’re a fan of retro consoles. Its broad and extensive range of games makes it quite the curio, even if some of them haven’t aged all that well or are only playable if you understand Japanese (looking at you, Snatcher). But it’s undoubtedly shoot ’em up fans that will get the most out of it. Featuring some timeless classics as well as numerous interesting rarities, it’s your gateway to an instant retro shoot ’em up collection. It’s pricey and perhaps a bit ugly, but the CoreGrafx Mini/TurboGrafx-16 Mini certainly has quite a bit going for it.

The CoreGrafx Mini/TurboGrafx-16 Mini releases soon. For a full list of games, check out the console’s website. Pre-order via Amazon.co.uk or Amazon.com to secure your unit right now.