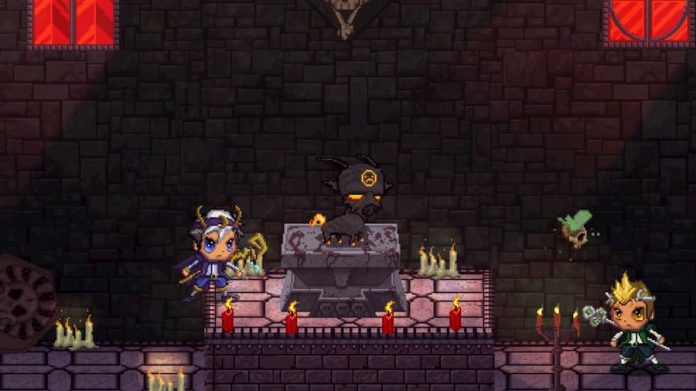 Hey bro, just go impale yourself on those spikes so I can use you as a platform. That’s great. Thanks.

That’s basically what happens in REZ PLZ, an upcoming puzzle-platformer which tasks you with fighting evil by using the power of sacrifice. Your dead body can be a useful tool, you know. And it’s fine; you have the power of resurrection.

Brothers Arcan and Zeph are apprentice wizards – but their skills aren’t quite up to scratch. Thankfully, they’re in possession of a number of resurrection stones, which lets them sacrifice themselves (or each other) without risk of eternal death: they can just revive each other once their corpse has served a purpose, you see. Tragedy has befallen their empire and, mostly useless as they are, it’s down to them to save the day.

REZ PLZ has a charming retro style, its pixelated graphics perfectly complementing the 2D side-scrolling action. The environments Arcan and Zeph find themselves in are suitably dark and gruesome, but they’re fun to explore. More than just a platformer though, REZ PLZ packs in some seriously thoughtful puzzles. You’ll have to spend some time figuring out how to best use your two characters in order to reach new areas, open doors, activate switches and more.

While REZ PLZ can be played by yourself, switching between both characters, it’s when you bring another player into the fold that it really enters its groove. You’ll need to work together well in order to solve the challenges the game throws at you. That may well mean fighting over who gets to sacrifice who. Just make sure you don’t run out of resurrection stones, or else it’s game over for both of you.

If you’re a fan of old-school platformers but enjoy a modern twist, make sure to keep your eye on REZ PLZ. Its gameplay is solid and challenging in all the right ways, and humorous dialogue and characters bring it to life. Plus, who doesn’t enjoy killing a sibling just so they can jump on their corpse?

There’s no release date for REZ PLZ just yet, but it’s expected to launch soon on PC, Xbox One and Switch. We’ll have more on the game at launch. 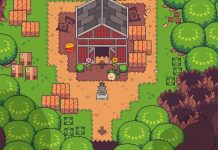