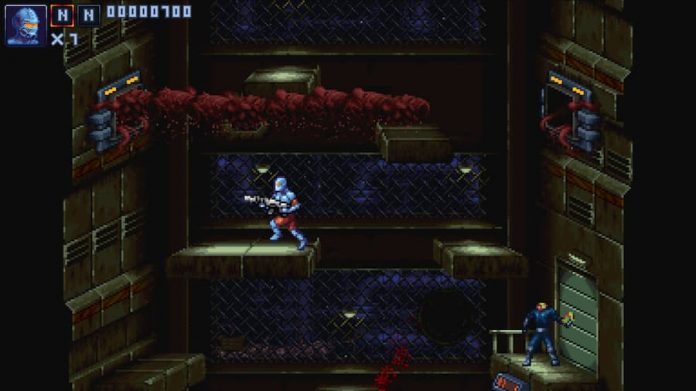 Currently being made by one-man development team Ivan Suvorov, Iron Meat is touted as a ‘grindhouse gunner’. It packs in an old-school vibe as players progress through numerous environments, shooting deadly creatures from space along the way.

The demo, which is available to all for free, shows off the first two levels of the game. Take on the challenge and you’ll find yourself first running through ‘The Forest’, faced with all manner of weird and wonderful creatures. Next, you’ll be faced with a climb through the industrial-themed ‘The Shaft’.

The final game promises eight levels, each with three difficulty levels to work through. There’ll be a variety of weapons to gather as you play, adding some variety when you inevitably explode your enemies’ faces.

Give the demo of Iron Meat a try for yourself by downloading it from Itch.io. As the game is still early in development, no release date is available yet.