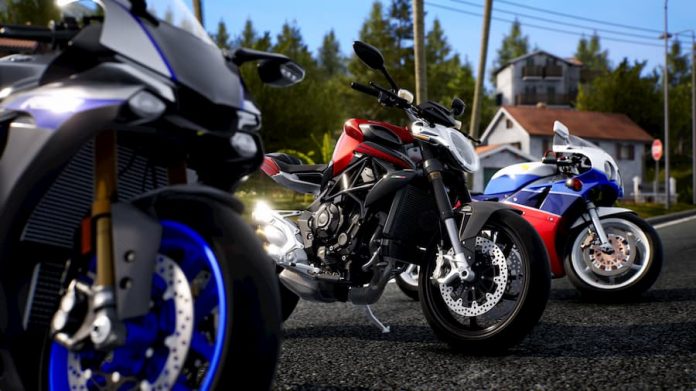 The fourth game in Milestone’s bike racing series is set to release on PC, PS4 and Xbox One on 8th October.

Ride 4 was announced last December, with developer Milestone promising the game would have more accuracy and realism than its predecessors. Promising a “cutting-edge level of visual fidelity”, this next entry in the series brings technical advances and new gameplay modes to the mix.

All of the game’s bike models have been recreated from the ground up using scans of real-world models. Dashboard data is more realistic than ever, too, changing in real time, showing speed, temperature, traction control and more. And real tracks have been laser and drone-scanned, ensuring pixel-perfect accuracy within the game.

Ride 4 adds an Endurance mode to the mix, “the hardest challenge that only the best virtual riders can face”. There’s also a new career mode that lets players progress from local races to international competitions. You’ll also be able to customise your bike and gear.

Its October release date means it’ll have been almost two years since Ride 3, a game that we liked but didn’t feel made enough of a leap from the previous iteration. In his review, Rich said: “It’s remarkably unremarkable. A safe sequel that changes little and only takes tiny steps to improve its own tried and tested formula”. Hopefully Ride 4 delivers on its promise and pushes the series to new lengths; it has the potential to be something great for bike enthusiasts.

Ride 4 is set to release on 8th October on PC, PS4 and Xbox One. For more information about the game, visit its official website.