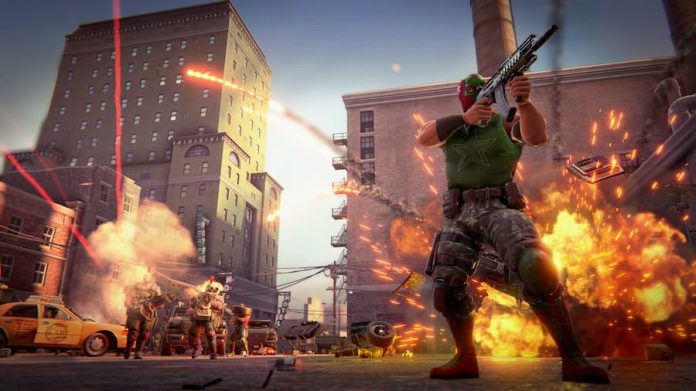 The Grand Theft Auto games are phenomenal, no doubt, but when it comes to having fun, the Saints Row series trumps them.

While Grand Theft Auto pushes the boundaries with each release thanks to larger open worlds and an absurd amount of things to see and do, Saints Row operates on a smaller scale; instead relying on its silliness to win you over.

It’s perhaps why the series co-exist so well – though I’m sure Volition would love Saints Row to be as commercially successful as Rockstar’s premier cash cow. Still, it has its fans, and while we patiently wait for Saints Row V or whatever the next mainline entry in the series is going to be called, we now have a remaster of Saints Row: The Third to keep us entertained – arguably the Saints’ best outing so far.

“Saints Row: The Third Remastered is outstanding from a graphical standpoint”

It’s clear from the game’s opening moments that this isn’t simply a remaster in which the resolution has just been upped and little else. This is essentially Saints Row: The Third remade. Character models are now intricately detailed, losing much of the cartoonish look of the originals. Some may not actually like it – characters such as Johnny Gat perhaps look a little less cool in the process. And then there’s Steelport itself, which is now one of the prettiest open-worlds you can cruise around thanks to level of detail and sumptuous lighting. Honestly, Saints Row: The Third Remastered is outstanding from a graphical standpoint. The only thing that lets it down is that the previously decent facial animation doesn’t work quite as well with the updated character models.

Outside of the improved visuals, this is Saints Row: The Third as it always has been; daft, outrageous, offensive, explosive, fun. It may be nearly ten years old now, but it still plays as good as ever; a mixture of mindless third-person shooting, driving, silly minigames and even sillier set-pieces. And as the adage goes, “if it isn’t broke, don’t fix it”. This is a game in which you’re forced to drive with a tiger in the passenger seat to test your courage; a game in which you’re drugged and stripped naked in order to infiltrate an enemy hideout; and a game that involves a chariot escape with steed that’s essentially a gimp with a ball gag in his mouth and a horse tail attached to his anus. It’s ludicrous, but it’s the way that it flaunts its crudeness and tastelessness that makes it oh-so hilarious and enjoyable. 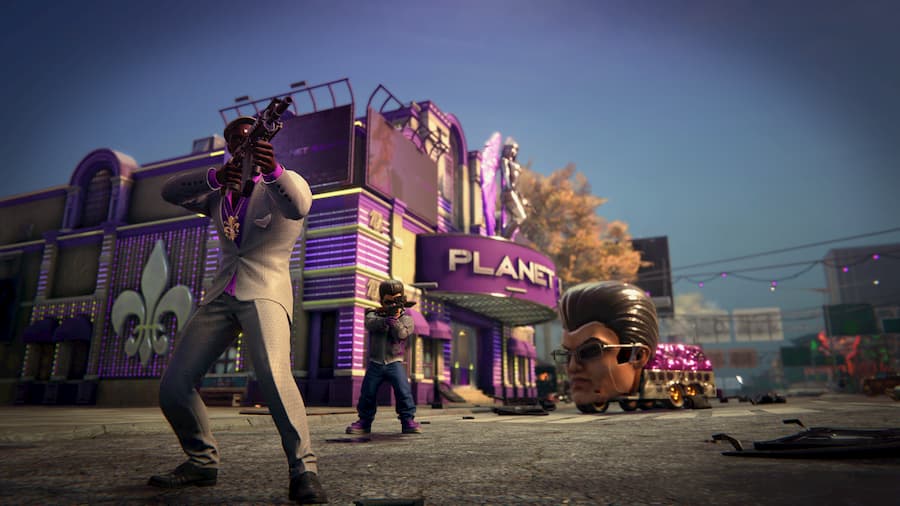 The extra power afforded by current technology has allowed Steelport to become more densely populated by vehicles and pedestrians, which does have an impact on gameplay. It makes getting about that little bit more eventful; with more traffic and pedestrians out in the wild, there’s opportunity for things to get a little crazier than usual. Drum up a decent amount of notoriety with any of the game’s gangs or police, and mayhem will most definitely ensue. That’s what the Saints Row games are really good for – creating mayhem – and no other does it quite like Saints Row: The Third Remastered.

“Saints Row: The Third as it always has been: daft, outrageous, offensive, explosive, fun”

Despite the major graphical upgrade and more things going on, performance is surprisingly good. On an ageing i5 paired with an Nvidia RTX 2070 you can expect to get a pretty solid 60fps with the Ultra preset at 1440p. Raising the resolution to 4K sees the framerate drop into the forties, which is still playable but not worth it for the minimal picture quality improvement. Disappointingly, however, story scenes are locked at 30fps, which is also the framerate that console players can expect throughout. There is an option to unlock the framerate on PS4 Pro and Xbox One X though, which is likely to come in very useful when the PS5 and Xbox Series X are available.

As ever, you can criticise a decent chunk of Saints Row: The Third Remastered‘s 15 or so hour campaign for mostly being side-missions. At least it doesn’t force you to complete multiple instances of them to progress though – doing that is truly optional – but after its brilliant opening it takes a while until you feel like you’re really driving the story forward again. It’s a shame, too, because when the game does throw you into set-pieces, they’re generally great. Saints Row: The Third Remastered does include pretty much all DLC released for the game, however, including its three highly entertaining expansions. That means there’s a great deal of additional content to go at, and it’s all been upgraded to the same wonderful quality. 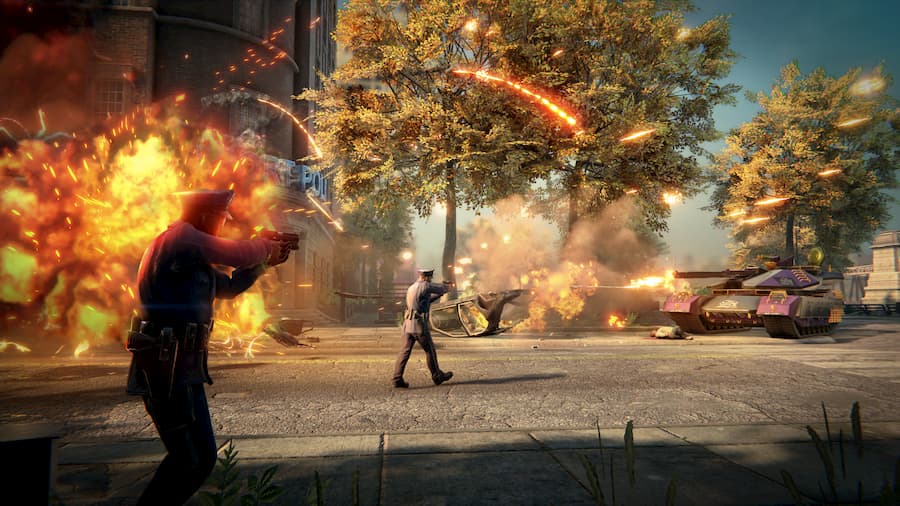 “This is still Saints Row: The Third – which is to say that it’s one of the most enjoyable open-world games ever made – only now it looks and plays better then ever”

The best way to enjoy Saints Row: The Third Remastered is undoubtedly in co-op. Only online co-op is supported, but it’s easy to get into a game with your friend and pretty much everything can be completed with another player in tow. Some activities are even changed slightly to make better use of two players. The icing on the cake is that both players keep their progress, and they don’t have to be at the same point in the game to engage in some co-op action. Ultimately though, playing in co-op is better because twice the players means twice the firepower.

There are remasters and then there are remasters. Some companies would have just taken Saints Row: The Third, tweaked the lighting a little, bundled it with all of its DLC and shoved it out on current-gen consoles with an improved resolution and called it a day. With Saints Row: The Third Remastered, however, Sperasoft and Volition have pretty much improved every single asset and implemented graphical features that make it stand shoulder-to-shoulder with the prettiest open world games available right now. This is still Saints Row: The Third – which is to say that it’s one of the most enjoyable open-world games ever made – only now it looks and plays better then ever.

Saints Row: The Third Remastered is available on PS4, Xbox One and PC via the Epic Games Store. We reviewed the game on PC with code provided by the publisher.

Want to support GameSpew? Buy Saints Row: The Third Remastered using our Amazon affiliate link. It won’t cost you anything extra, but we’ll get a small slice of the purchase.