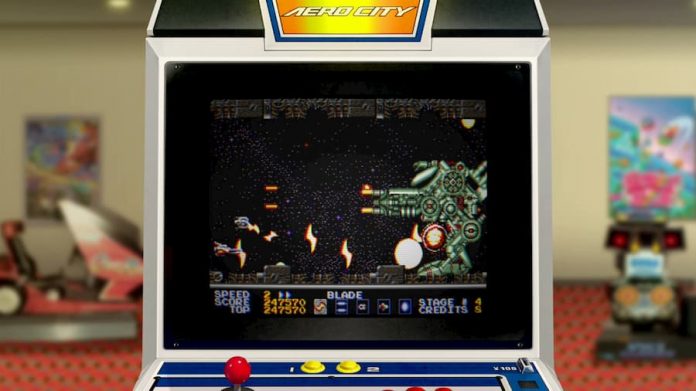 If you owned a SEGA Genesis or Mega Drive back in the day, chances are you’ve played a Thunder Force game.

Thunder Force III was one of the best of them, though they were all pretty good. In the same year it was released on console it also got remade into an arcade game; its name changed to Thunder Force AC. And now it’s available on Nintendo Switch as part of the SEGA AGES range.

A horizontally scrolling shooter, Thunderforce AC has all the features you’d expect and more. As you make your way through the game’s eight stages, destroying as many enemies as you can, a wealth of power ups grant you access to additional weapons and even helpful drones. You’re not forced to use the latest weapon you collected, either; with the push of a button, you can cycle through what’s available to you, enabling you to employ the best weapon for the current situation.

“A horizontally scrolling shooter, Thunderforce AC has all the features you’d expect and more”

For focused fire your default weapon is pretty good, while the wave weapon has a broader range. And if you manage to pick up the homing weapon, you can simply concentrate on avoiding enemies and their attacks while still doling out considerable damage. Get hit, however, and you’ll find your snazzy new weapons being taken away from you one by one.

What’s really neat about Thunder Force AC is the ability to control the speed of your ship. Four speed settings are available, allowing you to make your ship ultra nippy if you need to avoid fast moving projectiles, or painfully slow if you want more precise movement for a short while. Make effective use of your ability to control your ship’s speed and you’ll taste success; you certainly won’t have much luck sticking to the slowest setting. 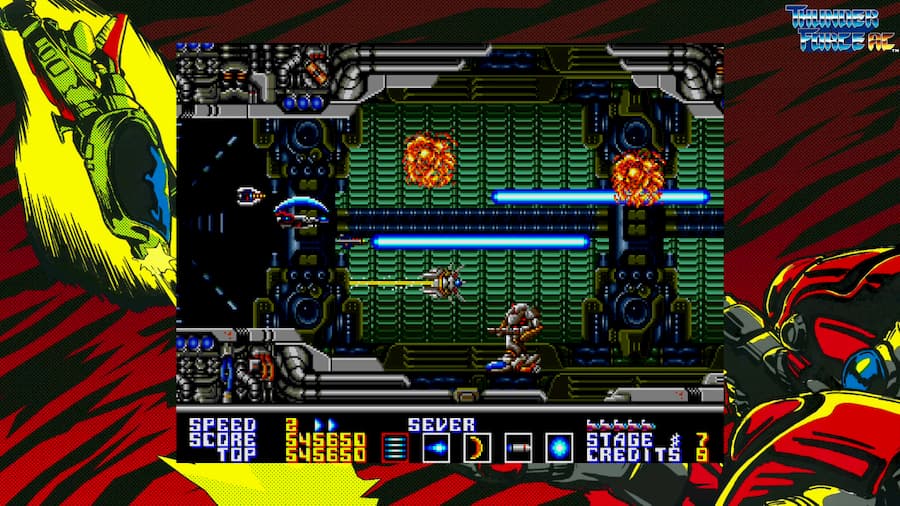 Back in the day, Thunder Force AC was a good looking game. It isn’t too bad now, either, in the grand scheme of things. Of course, it has been touched up a little for this SEGA AGES release, and the audio has also been improved. Needless to say, Thunder Force AC has never looked or sounded better. There are numerous ways to enjoy it, too: with the image stretched to fill the screen, with a border, or even within a virtual arcade cabinet. The latter is a very nice touch.

As with any SEGA AGES release, however, there’s more to this version of Thunder Force AC than just improved audio and visuals. Three alternative ships from other Thunder Force games are unlockable, allowing you to change up the gameplay somewhat. With the game being fiendishly difficult, a new Kids Mode has also been added, giving you more firepower, more credits, and letting you keep your upgrades once you’ve acquired them. Whether you’re a shooter novice or pro, there’s fun for you to have here. 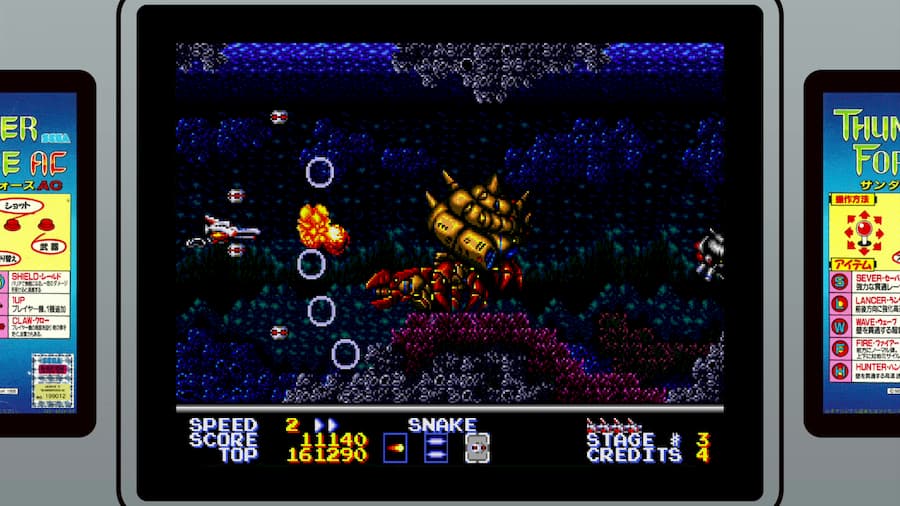 Multiple online leaderboards are also included, challenging you to play the game with skill. Though save states come in handy while you’re learning the ropes, as well as the ability to save and watch replays. Thanks to being on Switch, Thunder Force AC now has wonderfully implemented HD Rumble, too.

SEGA AGES Thunder Force AC is yet another fantastic addition to the SEGA AGES range. Thanks to its combination of eye-popping graphics, cool bosses, depth-enhancing features and enjoyable new additions, one of the best horizontally scrolling shooters is now even better. If you’re a fan of the genre or just remember playing a Thunder Force game or two all those many years ago, this is a must.

SEGA AGES Thunder Force AC is available on Switch. A code was provided by the game’s publisher for this review.