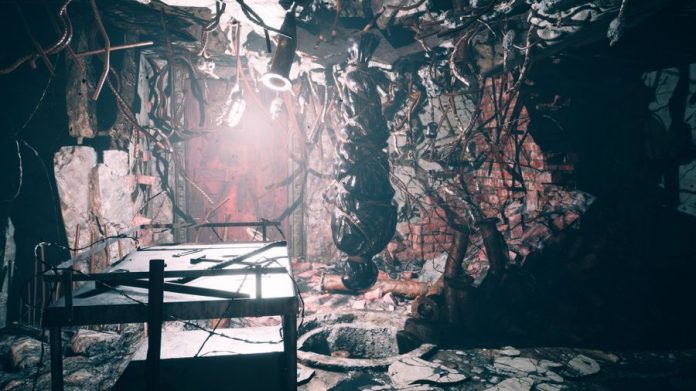 At times, playing Someday You’ll Return is like being in purgatory, and not always by design.

The premise behind this psychological horror game is sound enough; your daughter Stela has disappeared into the woods and it’s up to you to get her back. CBE Software sensibly chose not to label this a survival horror game because there’s often no sense of immediate, life-threatening danger. Instead, the horror of Someday You’ll Return comes from slowly uncovering the truth behind your daughter’s disappearance.

At least, that’s the theory – and for a few minutes at least, you’ll be invested in Someday You’ll Return’s eerie mystery. Gazing at the gorgeous, open forest, questions fill your mind: where are the police? How come there aren’t any other people about? Why, exactly, is Daniel, your protagonist, here on his own? Why did Stela run away in the first place?

Then Daniel opens his mouth and half those questions are instantly irrelevant.

There’s nothing wrong with the quality of Someday You’ll Return’s voice acting, but it’s employed in a manner that undermines the story. Daniel’s demeanour immediately gives you all the clues you need; while you won’t have every last answer until the game’s final chapter, it’s easy to predict which way this tale’s going to go. There are odd shifts in tone, too. Look at a door and Daniel will calmly state that it’s locked; try to open another one and, panicking, he’ll declare that he has to get through it. 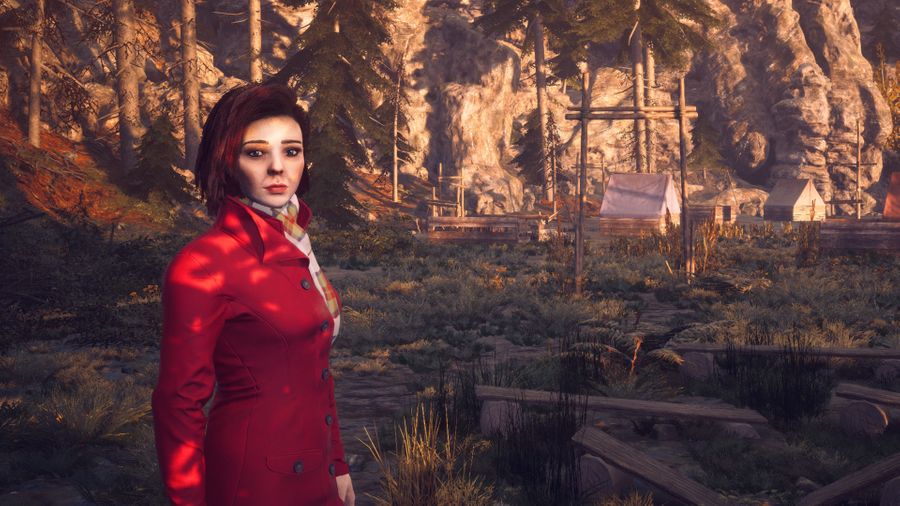 In truth, it’s Someday You’ll Return’s folklore that lends it appeal. Drawing upon Czech history, legends and fairytales, you’ll learn more about the forest’s unsettling history. Yes, you can trawl the largely open forest for collectible sweet wrappers, but there’s more joy to be had browsing information boards or pondering the meaning behind the strange etchings you’ll stumble across. I spent a good hour poring over the notes I discovered in a camp, reading about the fantasy world the children had constructed. And I grinned like an idiot when I got to explore a tiny Czech Republic church.

Daniel himself acknowledges that his own personal quest might not be so important. Stela’s disappearance is painted as the driving force behind Someday You’ll Return, but the (non-optional) quest where you have to recover a girl’s doll is, without a doubt, the game’s finest storytelling moment. The forest has a life all its own and, while Daniel’s presence is significant, it’ll still be a mystical place when he’s gone. 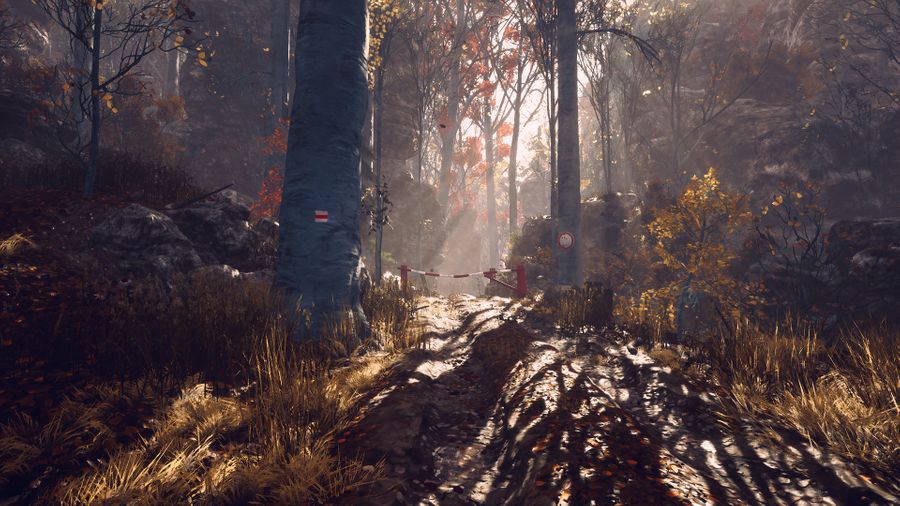 Someday You’ll Return’s gloomy netherworld sections, on the other hand, quickly become anticlimactic. Every so often, you’ll be thrust into a dark realm or, on occasions, that realm will bleed into the real world. These sections do have a gruesome flair – arachnophobes beware – but once you’ve seen one, you’ve seen them all. There are a few clunky stealth sections where you’re tasked with eluding some shambling, screeching spider-people but unlike Silent Hill 2, which reportedly inspired the game, there’s a real lack of variety. There’s only so many times you can walk through an abandoned war bunker, or clamber over another rocky, otherworldly outcrop before you start getting bored.

The nightmare logic that applies to these sections also impinges on the game’s puzzles, which can be infuriatingly obtuse. There’s one bit where you have to cross a gap, but the plank has a crack in it and collapses when you reach the middle. There’s another plank to your left but it’s cursed and you get a headache when you look at it and collapse when you try to cross. But nearby, there are several spare planks, so you grab one of those and use it to replace the broken plank, right? Wrong. 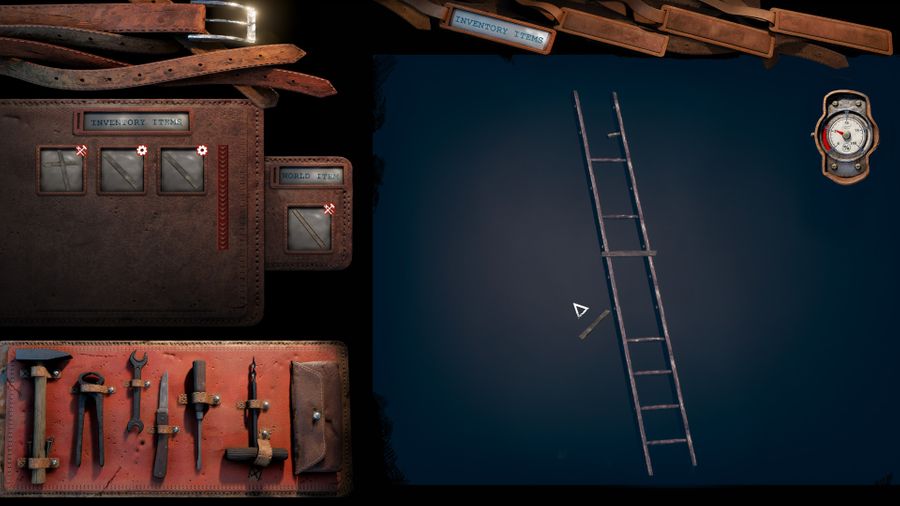 What you actually do is brew up a potion to cure your headache, use that to approach the cursed plank, discard the totem that’s inflicting the curse, then cross the now curse-free plank. This totem-chucking pattern is repeated several times in a row, and while it’s initially satisfying to pitch the little wooden wretches into an abyss, it gets old very quickly.

There are lot of interesting ideas in Someday You’ll Return, but they’re so overused they become unwelcome. It’s entertaining to gather and brew herbs, particularly since the game uses real world plants; likewise the climbing mini-game, which sees you choosing exactly where to place your hands, complete with routes that lead to a dead end. But the tenth time you’re flailing around a wall or having to backtrack to grab herbs, it stops being fun. Roaming around is great at first, but tedium sets in when you’re having to wander halfway across the forest with no compass or minimap. 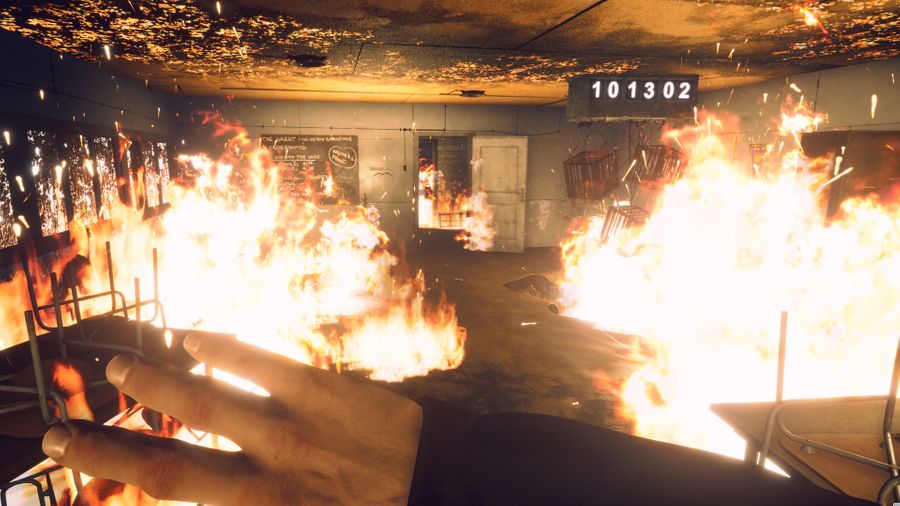 And that’s Someday You’ll Return in a nutshell; the features and concepts it presents are enjoyable in small doses, but this is a six-hour game that’s been stretched out to a 20+ hour runtime. There’s no reason to space things out, either; the story could easily have been fitted into a shorter run time, with no ill effects. All the little foibles that you’d tolerate in a shorter game are a stone in your shoe; by the time you hit chapter seven (of 12) it feels you’re walking on boulders.

There are definitely times when Someday You’ll Return‘s Czech charm shines through. But reaching those islands of excellence means pushing through a game that grows more meandering and repetitive with each chapter. Throw in a protagonist who’s anything but sympathetic and you’ve got a trip that’ll thoroughly test your patience.

Someday You’ll Return is available on PC. We reviewed the game with a code provided by the publisher.