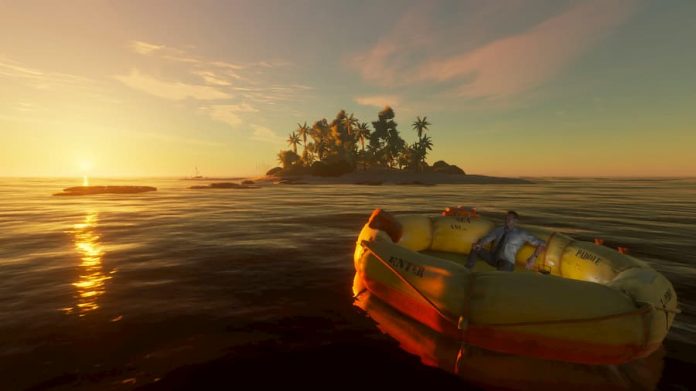 No, me neither. Because Stranded Deep is being sold on PS4 and Xbox without mentioning the PC game it’s based on is an incomplete, in-development product. There’s no guarantee the game will ever be completed or even how long the console version will continue to receive updates.

So it irks me to admit that, suspect as this practice is, Stranded Deep is a surprisingly engrossing survival sim. I’ve ploughed hour upon hour upon hour into this oceanic outing and I don’t regret a single one. The simple (if disturbing) premise is that your plane has crashed into the Pacific, leaving you stranded without supplies or any real hope of rescue. And that’s as far as the story goes; probably a good thing given how Lost turned out.

Meandering TV shows aside, there’s a more important reason this game doesn’t need a story. Risk is the driving factor of Stranded Deep, and adding any more structure would undermine that. Washing up on one of many randomly-placed islands, you glance around to behold your new island empire and… wait, this is a bit small, isn’t it? So, putting it down to bad luck, you start again, hoping Stranded Deep’s procedural generation will throw you a bone. But, again, the first island you set foot on is clearly not big enough to accommodate your dream island mansion. What’s going on? How are you supposed to survive on ten coconuts and two tins of sardines?

The twisted genius of Stranded Deep is that it forces you to head out into the world, an act that’s rife with the aforementioned risk. The opening tutorial will teach you the basics of survival; you’ll learn how to craft a basic rope and how to get water from a coconut. But all the while, you’re acutely aware that you don’t have the resources to support yourself for more than a few days. So you stand on the shore, side-eyeing your inflatable raft. You take in the faint outlines of the islands around you – none of which are particularly large – reminding yourself that you can paddle there in maybe five minutes.

But what could happen in those five minutes? You feel your stomach twist as you consider the consequences of crossing the abyss. Will you set foot on dry land, or will you end up clinging to the top of your upturned raft as a shark nudges it with its nose? Seeing it judder beneath you as yet another shark nudges it is more terrifying than any Resident Evil game. Stranded Deep uses some chilling musical cues to signal when you’ve got company, dialling up the game’s fear factor. You might not have to deal with The Forest‘s murderous rage-infected cannibals, but hearing that theme kick in when you’re swimming through the water is pure nightmare fuel. 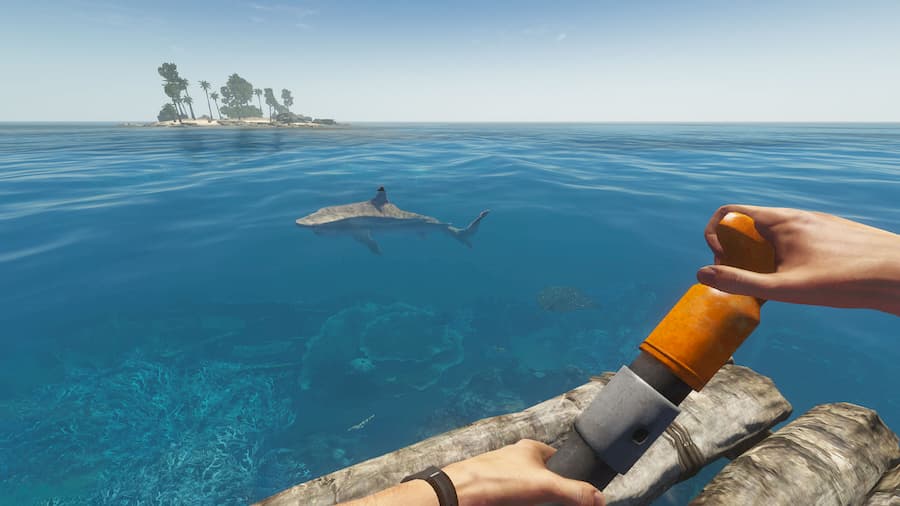 That’s not to say Stranded Deep is just about being mortally afraid of sharks. Reaching a new island is a moment of absolute wonder; suddenly you’re a child again, unwrapping your presents on Christmas morning. What wonders will you discover? Granted, uncovering a piece of corrugated iron might sound as interesting as getting socks, but it could be the item you need to build that wall for your small but growing shelter. Sure, you’ll still need to pray for rain, but it’s a step in the right direction. And.. what’s this? Oh man, it’s a fishing spear! This is the best Christmas ever!

Crafting, too, is hugely fulfilling. I’ve never been remotely tempted to build anything in Minecraft but knowing I was supporting my character’s literal survival, that I had to think strategically when constructing an item, increased my engagement no-end. Mercifully, permadeath is optional in Stranded Deep, but that element of risk returns when you’re building things. Is it worth using a piece of tarp to make a water collector? What if it rains tomorrow and you’re left with nothing to drink? What if it doesn’t and you’ve just wasted a resource you might not see for another five islands? Are you going to abandon your settlement and set out further to sea or keep your island hub and hope you stumble across something useful soon? 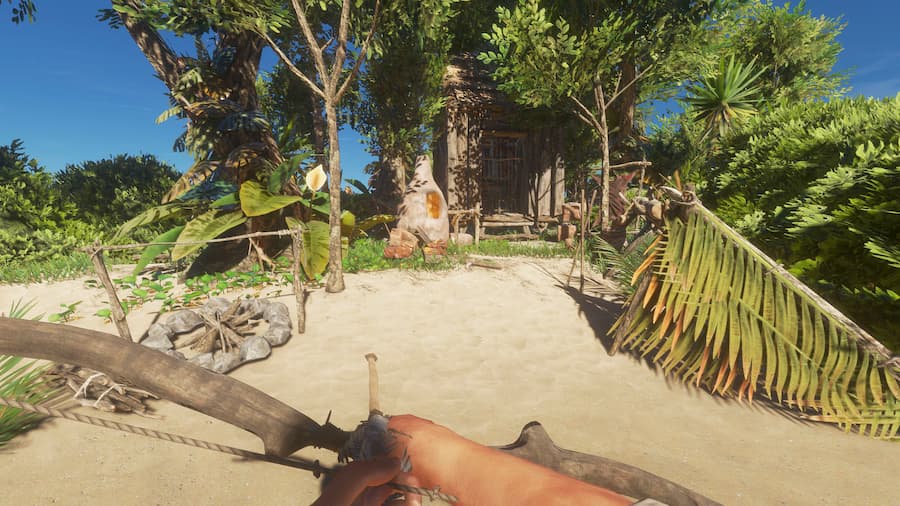 The more you craft, the more experience you gain and the more crafting options open up to you. Live long enough and you can even craft a gyroscope to reach other islands, though my holy grail was always to construct a floating home; a supersized raft that, sharks notwithstanding, would let me strip islands of their resources then move on. Unlike the (current) PC version of the game, there are ways to get rescued but just pottering around the Pacific never gets old. The terror of crossing the abyss, the joy of turning trash into treasure and the pride you get at surviving yet another day ensures tedium never sets in.

There are, however, some rough edges to Stranded Deep. I never ran into any showstopping issues but there was an occasion when my inflatable raft just disappeared overnight, which seemed to be a bug rather than a feature. I constructed a wooden alternative but without the construction know-how to make a paddle I had no option than to try swimming to the next island. It didn’t go well. Stranded Deep is also irritatingly specific when it comes to the aquatic creatures you can throw on your barbecue. You can wander into the sea and spear sardines, but try to use the same weapon on a reef shark or a stingray and it passes right through it. Where are my stingray steaks or grouper burgers, eh?

Despite its questionable development status, Stranded Deep has a lot to offer. I’d welcome further development, but even in its current incarnation, this compelling survival sim is more than worth diving into.

Stranded Deep is available now on PC, PS4 and Xbox One. We reviewed the game on PS4 with a code provided by the publisher. 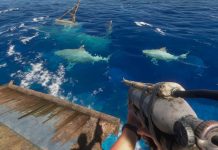 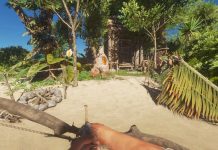 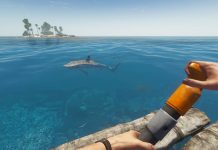 Stranded Deep is free on the Epic Games Store