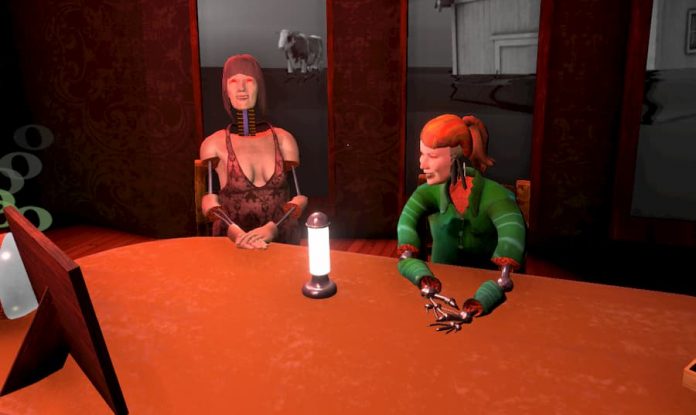 Ever seen a game so terrible that it’s clear that someone’s grabbed a bunch of third-party models, slapped them onto a map and tried to charge for it?

“Tales From Off-Peak City is a real labour of love and the more time I spent roaming this bizarre burg, the more enamoured I became of it”

Tales From Off-Peak City Vol 1 has such an odd patchwork aesthetic that, two minutes after launching this off-the-wall adventure, I was combing the Unity and Unreal asset stores, trying to catch the developers out. But I quickly realised I was wrong; Tales is a real labour of love and the more time I spent roaming this bizarre burg, the more enamoured I became of it.

I could describe Tales From Off-Peak City Vol 1 as Monty Python by way of Reeves and Mortimer, but that wouldn’t be doing it justice; it has a strangeness all its own. There’s a huge stone face where a house should be, and you have to deliver it a pizza; but strange as that would be viewed from the outside, here it hardly seems out of place. It helps that the inhabitants of the city – or at least the small section you’re given free roam of – barely bat an eyelid at their world’s weirder attributes.

As a consequence, the game’s humour is rather subdued. If you’re looking for belly laughs, you won’t them here. Instead, Tales From Off-Peak City Vol 1 comes across as a surreal piece of noir fiction, complete with dimly-lit streets and mood-setting music. Hired to steal a fabled saxophone, you take a job working for the instrument’s owner, making and delivering pizza. In fact, the pizza creation mini-game is almost worth the price of entry alone; particularly when you scour the city for bizarre toppings. 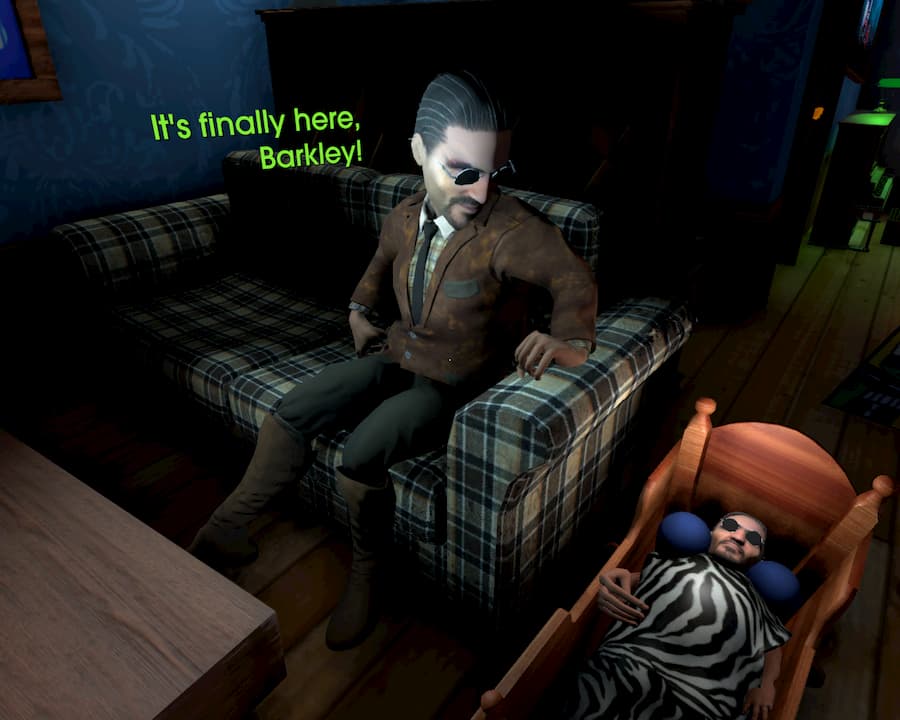 “Just talking to Tales’ NPCs and taking in their quirks is a real joy – and on occasion, faintly disturbing”

Tales From Off-Peak City Vol 1 isn’t particularly taxing, compared to other adventure games; solving puzzles mostly involves collecting or purchasing other objects. But your deliveries and explorations bring you into contact with the city’s inhabitants, none of whom seemed to mind that I’d used toppings to write “ARSE FACE” (or something similar) on their pizza. Just talking to Tales’ NPCs and taking in their quirks is a real joy – and on occasion, faintly disturbing. It’s been three days since I last played Tales From Off-Peak City Vol 1 and I still can’t stop thinking about the man who raising a baby with his own bearded face.

Then there’s the brewing unease, the hint that something’s not right in the city, other than the house that has giant cats in the windows. What’s going on the old factory? Why is the top floor of the pizzeria sealed off? Why is everyone scared of Big Mo? While Tales From Off-Peak City Vol 1 contains a short, self-contained story, it hints at a larger tale yet to be told. 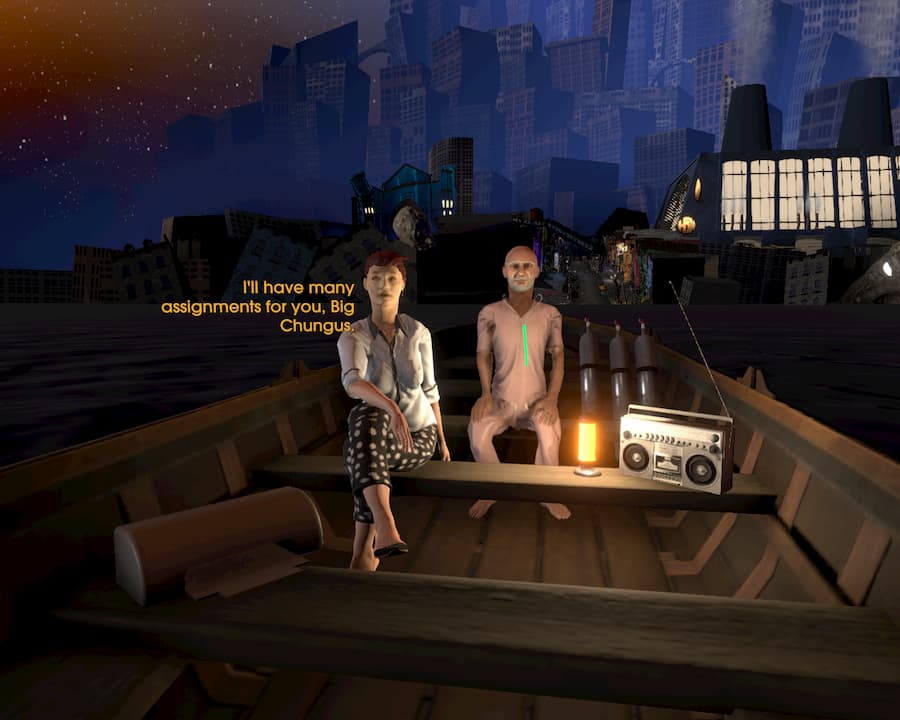 Tales From Off-Peak City Vol 1 isn’t a particularly long game; you’ll likely finish it in three hours and you can speed run it in 30 minutes. But as a taste of things to come, it’s definitely got me hooked.

Despite my initial misgivings, it’s anything but low-effort and I look forward to seeing what future mind-warping episodes have to offer. 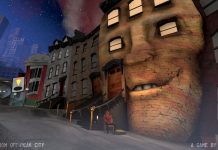 Offbeat Adventure Tales From Off-Peak City Vol. 1 is Coming to Steam in May