1So many games, so little time

For about the cost of a single cinema ticket, Xbox Game Pass currently gives you access to over 200 Xbox One compatible games for a whole month. And any games that are Play Anywhere titles can be played on PC, too.

A handful of titles are added and removed on a monthly basis, ensuring that there’s always something new for you to play. And Microsoft published games such as Sea of Thieves and Forza Horizon 4 are now added to the service on day one. Suffice to say, if you’ve got an Xbox One, you’d be wise to consider subscribing.

But with so many games on offer, just which ones should you play first? Hopefully we can help you with that. Collectively we’ve played most of the games that are included in the Xbox Game Pass, and while there are hardly any duds on the service, here are the ones which we think the most highly of. These are the best games on Xbox Game Pass. 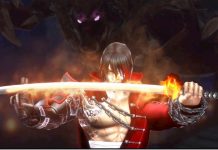