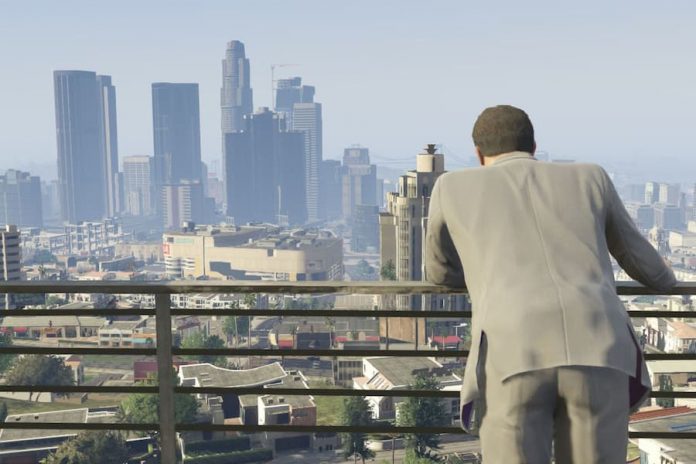 After days of teasing, the Epic Games Store’s mystery free game has been revealed as the mighty Grand Theft Auto V. And it’s the Premium Edition at that.

It’s hard to imagine that anyone who’s interested in Grand Theft Auto V doesn’t own it on some format or another by now. But if you don’t yet own it on PC, here’s your chance to grab it for free along with additional content and $1,000,000 of in-game currency. Just head on over to the Epic Games Store, make an account if you don’t already have one, and claim your free game.

There’s a caveat at the moment though. The offer is proving to be so popular that the store is up and down like a fiddler’s elbow. Perhaps it’s also something to do with the fact that its Mega Sale has started, reducing many games and once again offering a £10/$10 coupon when purchasing games priced at £13.99/$14.99 or over. It’s a great offer, especially if you’re after brilliant games such as Control, which is available with 50% off.

So, if you want the PC version of Grand Theft Auto V Premium Edition for free, keep an eye on the Epic Games Store. Once it’s become stable again, grab it. And while you’re there, check out the Epic Mega Sale offers. You might just pick up a bargain and nab yourself a £10/$10 coupon in the process. The sale ends on June 11th.

7 Things You Forgot About Grand Theft Auto: The Trilogy

8 Things We’re Excited For in Grand Theft Auto: The Trilogy – The Definitive Edition