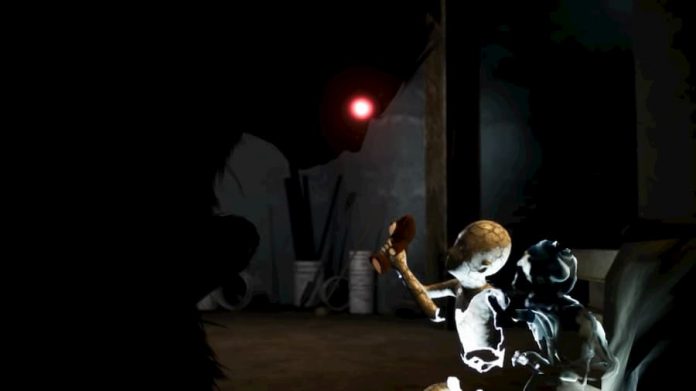 It can be hard to find friendship and connect with others when you feel alone.

Loneliness is one of the worst feelings in the world, but it is something that everyone goes through at some point in their lives. Sometimes, fighting against it can feel impossible until someone pulls you from the pit just when you need it. In The Inner Friend from developer PLAYMIND, players will experience loneliness, fear, and isolation – but they’ll also harness a new friendship and rediscover things about themselves they never knew.

It’s difficult to explain exactly what kind of game The Inner Friend is; it’s many things squished into one. First and foremost it is an exploration game. You play as the unidentified protagonist that looks like a young person with concrete type skin; some parts of you are visible and some are invisible. Throughout the game you’ll discover memories and items and, in turn, you’ll recover more parts of yourself with the main goal being to put yourself back together as much as possible.

“It’s difficult to explain exactly what kind of game The Inner Friend is; it’s many things squished into one”

The world in The Inner Friend seems to occur within the protagonist’s subconscious. While some of the maintains an abstract pattern that players will have to traverse, it also does a great job of leading the player around so that they won’t get stuck for very long. While the game encourages players to explore, it also contains some moments of horror as well as areas that contain challenging puzzles. The Inner Friend balances all of these aspects rather well, making an intriguing package – although it isn’t without its problems.

Right from the beginning, you’ll feel as though something isn’t exactly right with the world. It’s only once you run into the game’s first “enemy” that you’ll realise your protagonist is dealing with a lot of trauma. Each enemy you come across seems to represent a traumatic event that occurred in the main character’s life – but any and all interpretation is left up to the player. These foes are horrific human-like creatures that do not wear clothes and have some inhuman features. An enemy located inside a hair salon looks like an old woman, but has grape-like pustules coming off of her body. When inside of a hospital later in the game, you’ll come across naked humans with gas masks who leak green gas from their skin. At times, The Inner Friend is truly unsettling; its horror elements are some of the best parts of the game. 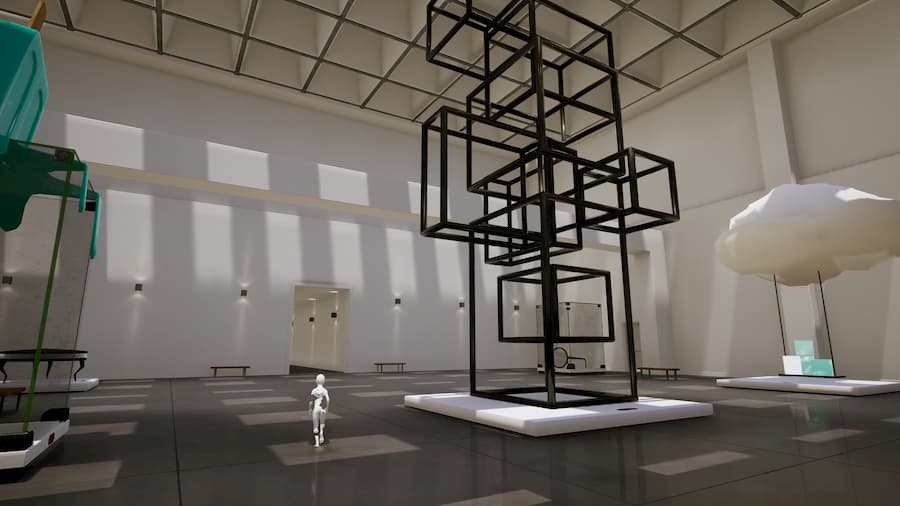 “At times, The Inner Friend is truly unsettling; its horror elements are some of the best parts of the game”

When you aren’t running from enemies or exploring the strange ever-changing terrains, you’ll be solving puzzles that vary from room-to-room. The first puzzle you come across involves knocking books between desks to block lasers that otherwise instantly kill you. You’ll also play a game of ‘Simon Says’ with some electric machines later on. Alongside solving these more practical puzzles, players will also have to complete stealth sections in order to avoid certain enemies.

This is where my biggest roadblock started. In an area that looks like a modernist museum with white marble walls and large impressive sculptures, you have to avoid statues that are shooting lasers. Unfortunately, throughout the entire museum section, I had intermittent framerate drops, which made avoiding the lasers much harder than it otherwise should have been. Throughout the game, I also found my character would get caught on invisible obstacles on the ground. In areas where free exploration was allowed, this wasn’t a problem – but in areas where I had to be quick on my feet, it resulted in numerous unnecessary deaths. 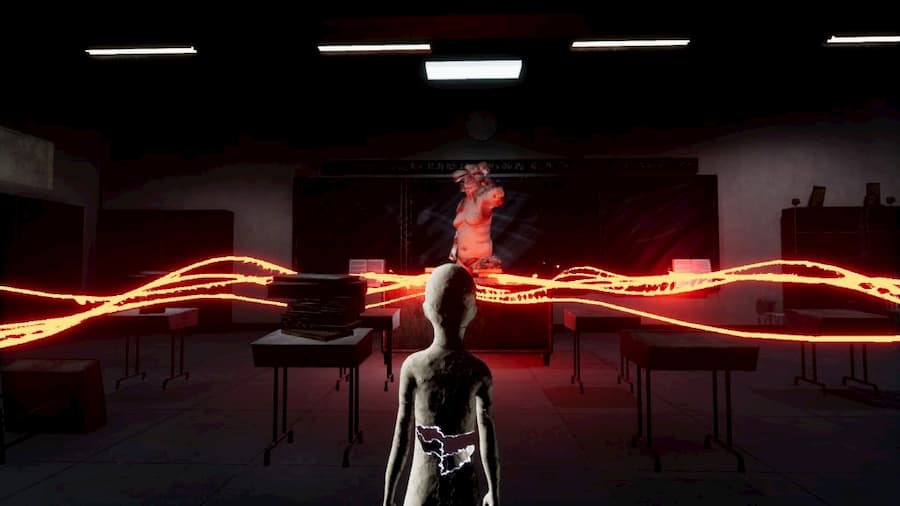 Annoying as those problems are, however, they weren’t enough to completely ruin my time with the game. The Inner Friend is a very intriguing experience, one that’s heightened by its lack of text or dialogue. You’re truly left to your own devices; uncovering the story is up to you and you can interpret it how you wish. And for the most part, the narrative is brilliantly delivered through the game’s environments, characters, music and atmosphere. Not usually mentioned when writing about a game, The Inner Friend even does a brilliant job utilising the controller’s vibration feature. When a door is opened by an unseen enemy, your controller will vibrate to be sure you’ve noticed. If the environment is being shifted, your controller will shake as if to simulate those moving parts. It’s a wonderful addition, albeit small and subtle.

Going into the game not really knowing what to expect, The Inner Friend proved to be a pleasant surprise. With an intriguing concept, open story, immersive environments and dynamic yet silent characters, you’ll be hard-pressed to find anything else as unique. If you can look past the few technical issues – which can hopefully be ironed out with a patch – you’ll find a worthwhile story about overcoming loneliness and self-doubt, cherishing your friendships and rediscovering who you are.

The Inner Friend is available on PC, PS4 and Xbox One. We reviewed the game on an Xbox One S with a code provided by the publisher.