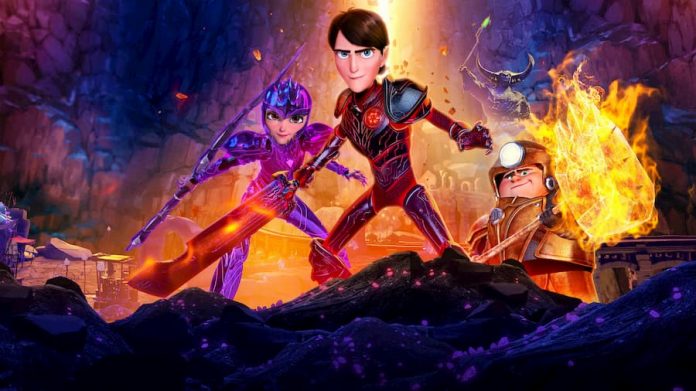 It’s not every day you get a video game based on a Netflix series.

The game, Trollhunters: Defenders of Arcadia, is set to release on 25th September 2020. It’s a platform action-adventure featuring original voice talent from the series, including Emile Hirsch, Charlie Saxton and David Bradley.

Despite featuring familiar faces, the game will have its own original story, taking place in between the worlds from the three series, and will actually act as a key narrative to bring all three worlds together.

Publisher Outright Games has made a name for itself in bringing family-friendly IPs to videogame form, with mixed results. But Trollhunters is being developed by WayForward, a company synonymous with quality platform experiences. It’s behind the excellent Shantae series, and brought The Mummy Demastered to life back in 2017. DreamWorks Trollhunters Defenders of Arcadia, then, might actually be a platform game worth looking out for.

It’s scheduled to launch on September 25th, 2020 for Xbox One, PlayStation 4, Nintendo Switch and PC. Check out the announcement trailer below.