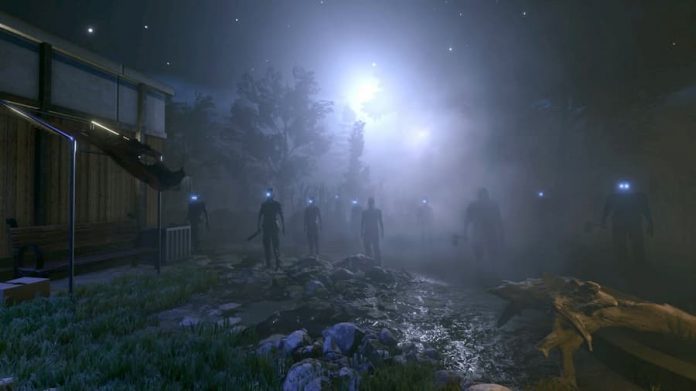 There’s nothing like a small town mystery to make a chill go down your spine.

Psychological thrillers are a popular genre. They give us strange and sometimes supernatural enemies, unreliable narrators, dark mysteries and a real feeling of dread. All of these elements, plus dozens of others, are hard to fit all into one package – but many titles in recent years have really learned how to master the genre. Those Who Remain from developer Camel 101 throws players right into the horror from the get-go and has them testing if they’ve got what it takes to survive until the very end.

These Who Remain gets off to a strong start, introducing the players to Edward, the conflicted protagonist who heads to a motel on the edge of the small town of Dormont to meet his secret lover Diane. Edward is determined to break it off with Diane and try to make things right with his wife and daughter. But when Edward arrives at the motel, Diane isn’t anywhere to be seen. Upon further investigation there doesn’t seem to be anyone around except for the person who steals Edward’s car, forcing him to be suddenly alone in the dark.

“While Those Who Remain has a wonderfully foreboding atmosphere right from the start, it soon fizzles out”

From the very beginning, players will notice enemies that lurk in every dark corner. Get too close to these figures and you’ll be sucked into the darkness and have to start again from a previous checkpoint. Thankfully, flipping a light switch, powering up a generator or using the headlights of a vehicle can illuminate the nearby area, causing these figures to disappear. This doesn’t make them any less unsettling as they appear, with their glowing eyes, in every location that you visit. But these enemies never move, so once you learn to avoid them, they quickly lose their creepy charm.

Apart from these dark-dwelling faceless enemies, players also encounter other creatures – such as a gruesome naked monster who instantly takes you down if it spots you. You’ll also speak with Annika, a young girl who died in Dormont. The last face that you’ll see throughout the game is a man wearing a mask who encourages Edward to make difficult choices such as condemning a young boy for bullying a girl, or forgiving the boy for his youthful indiscretions. These choices affect the story and will give the players different final outcomes depending on what they choose. 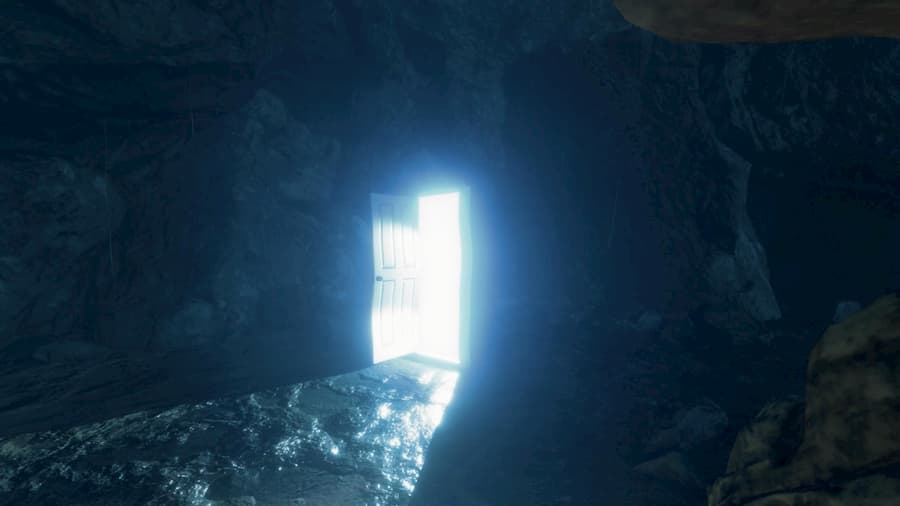 Those Who Remain takes place in two different dimensions. The first is the real world. While it looks like a normal place, the faceless figures hide in the ever-present darkness, waiting to scoop you up if you dare venture too close. The “other” world feels even darker, but corresponds directly to the real world. You’ll need to frequently jump between the two. For instance, if there is a door blocked in the real world, you may be able to unlock it in the ‘other’, making it accessible in both. Sadly, venturing into the other world often caused my game to crash or freeze so I began fearing it for another reason entirely.

That wasn’t the only glaring issue I came across when playing Those Who Remain. On a few occasions, enemies that should have disappeared when I flicked on a light didn’t move, blocking my path. I had to restart my console in order to continue. When the ‘other’ dimension opens up, it does so with a bright, blinding light. In a couple of places, this light shined so brightly that it seeped through the walls into other rooms, causing it to look like it was lit up. It wasn’t. The dark-dwelling creatures got me. These are small bugs that will hopefully be ironed out with a patch, but it certainly made my first playthrough a bit of a pain. 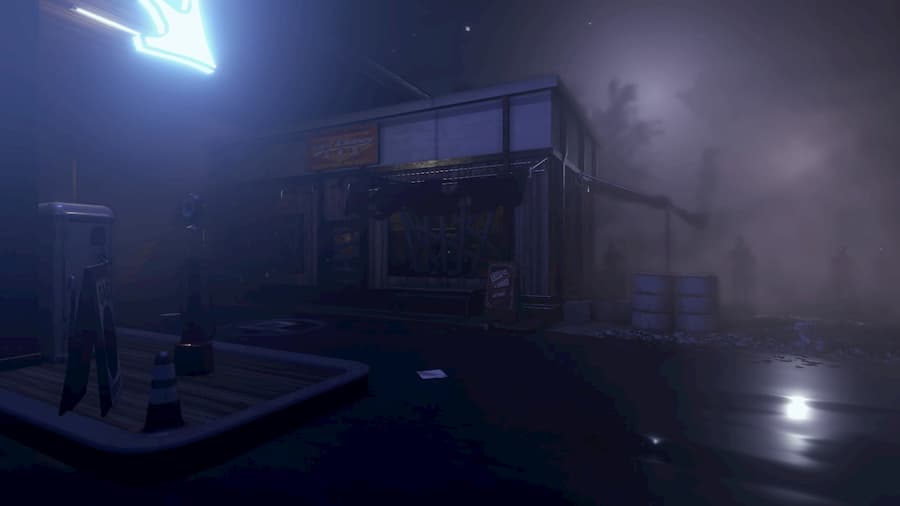 “There’s a small bit of horror and well-crafted atmosphere on offer, but it’s short lived“

Technical glitches aside, Those Who Remain is still far from perfect. The game relies on stealth in some sections, requiring you to sneak or run away from enemies. But it has no mechanics to support it. You can’t crouch or move quietly through a level, and you can’t hide in closets or under furniture to avoid enemies. It’s hard not to compare Those Who Remain to games like Amnesia or Outlast, as they feel quite similar in many ways. But those games fully embrace a stealthy approach. Here, it feels like pure pot luck whether you get seen by an enemy or not.

There’s one particular area where you’re in an enclosed space with only a few rooms to investigate. You’re being pursued by the afore-mentioned naked monster, who’s pacing back and forth in such a way that it’s extremely difficult to avoid. Presumably Edward must have bad knees because he’s not even able to crouch to hide behind a table. At times, if my only exit was behind the enemy, it felt like my only option was to surrender just so I could restart at a checkpoint and try again. That’s more of a pain considering that Those Who Remain‘s checkpoints can be unforgiving – you can easily lose 15-20 minutes of gameplay. 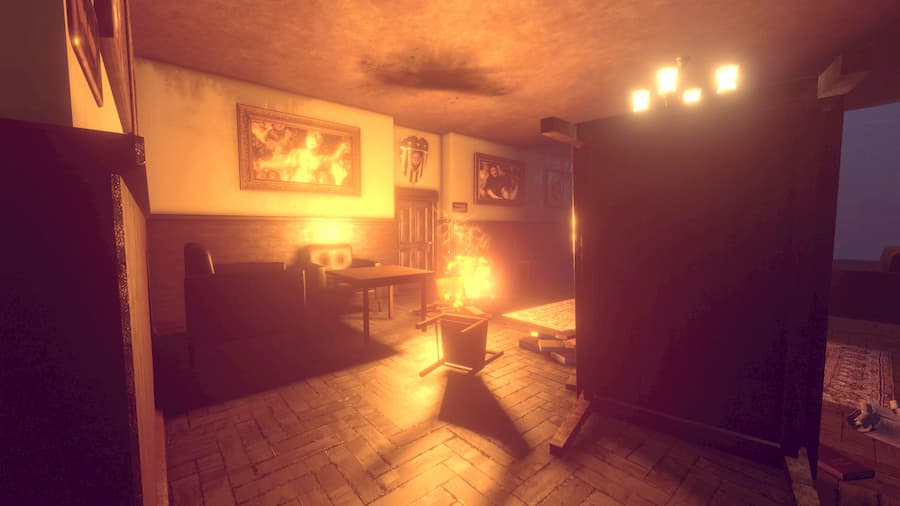 While Those Who Remain has a wonderfully foreboding atmosphere right from the start, it soon fizzles out after seeing the same creatures staring at you from the shadows for the entirety of the game. The story is intriguing to follow, but I found myself having a hard time relating to the main character who made himself unlikeable from the very beginning. It’s hard to have sympathy for a man revealed to be an adulterer in the first few minutes. At least interesting questions are posed early on; does he simply feel guilty for being a cheater, or has he done something to his family? You’ll get your answers, but they may not be what you’re expecting.

With two different endings, Those Who Remain is worth playing through all the way at least once to find out how the story ends. But with so many issues, it’s hard to find the motivation to jump back in to reveal that second ending. There’s a small bit of horror and well-crafted atmosphere on offer, but it’s short lived – and there’s definitely better games to play in the genre. Maybe give it a miss, at least until the technical issues have been (hopefully) fixed.

Those Who Remain is available on PC, PS4 and Xbox One. We reviewed the game on PS4 with a code provided by the publisher. 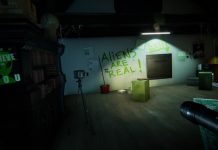 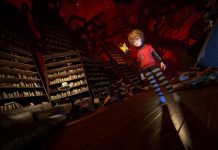