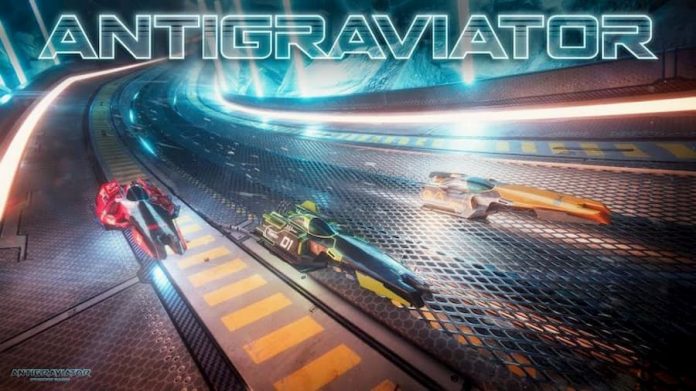 The year is 2210, and breakthroughs in science have allowed for a new form of racing: the Antigraviator Tournament. A competition that’s a crazy mix of F-Zero and pod racing.

The format may not be completely original, but developer Cybernetic Walrus has created a racing game with a similar style to F-Zero and WipEout. They’re big shoes to fill – and sadly Antigraviator doesn’t quite line up against other similar games.

There’s six worlds very different worlds within Antigraviator. From urban streets, to arctic-like conditions, and even dense forests, each environment looks truly futuristic. Each world includes three courses, and each of these can also be played in reverse. A great amount of detail has gone into bringing each world to life.

However: no matter what world you’re currently in, each circuit feels exactly the same. Every setting acts only as a backdrop, which is a real shame considering how well they’re designed. Plus, when you’re speeding along the course you rarely get a chance to appreciate the settings. Considering the locations don’t influence the track in any way, you could really be racing anywhere, and that’s a real disappointment.

As exhilarating as the speed in Antigraviator is, it feels like too much at times. Of course, high-speed vehicles have always been a key factor in anti-gravity racers, but here that speed can make a race too challenging to be enjoyable. There’s no mini map of the course, so sharp corners and obstacles very suddenly appear with no warning. You’ll find yourself bouncing off the sides of the track, or braking too hard until you know the courses inside out (and reversed). 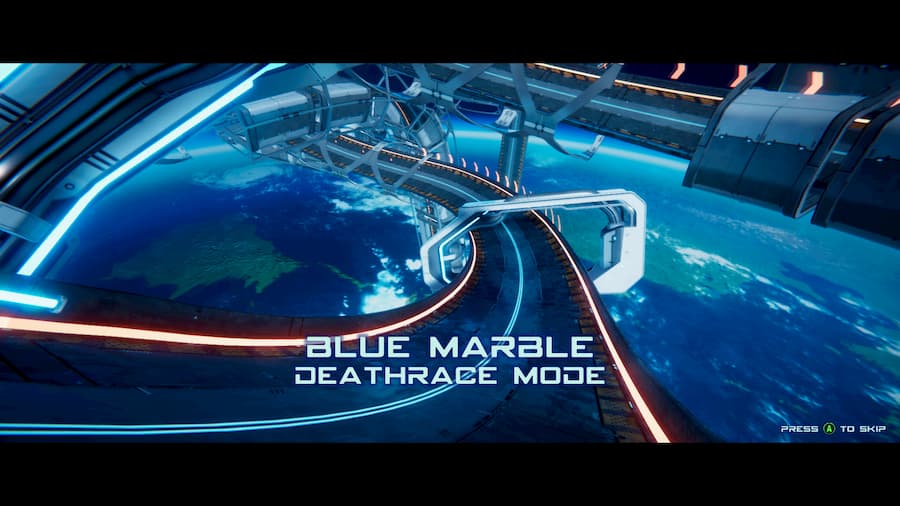 “Much of your success will come down to learning each circuit and memorising when to apply the brakes.”

In Antigraviator‘s Quick Race mode you can change the skill of your opponents, and Campaign offers different levels of difficulty. But even with these options, it’s far from an easy game; much of your success will come down to learning each circuit and memorising when to apply the brakes.

If you’re up for the challenge, though, there’s plenty of content in Antigraviator‘s campaign to keep you occupied. The tournament is made up of 10 different levels, which will unlock one at a time as you work your way through. With each tournament including four races, there’s a lot of racing to be done – but it all does feel rather repetitive because of the lack of differentiation in the courses.

To mix things up a little, there are three different race modes that you’ll come across: Single, Pure, and Death Race. Single is the typical racing format; Pure removes all pickups and focuses on the art of racing; and Death Race is an elimination style race. These offer a nice variety, but it’s still not enough to keep Antigraviator’s campaign fresh. 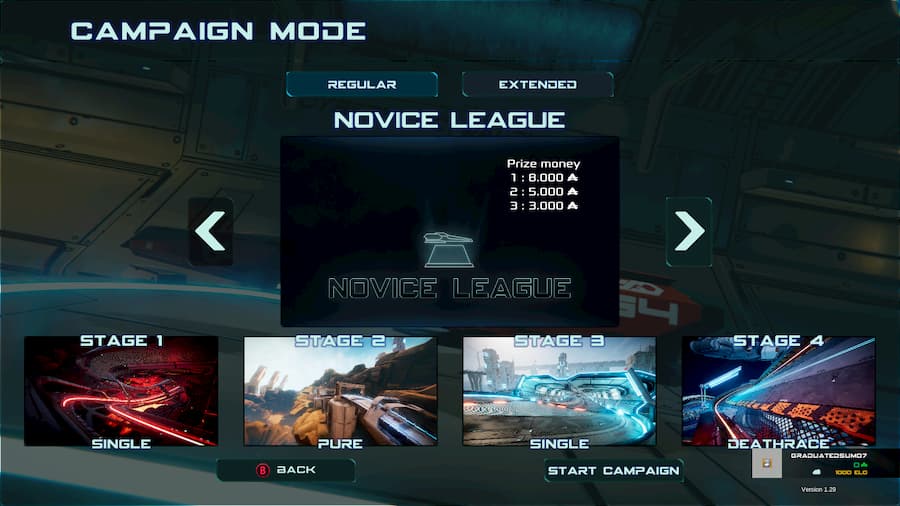 The pickups on each course allow for you to do two things: use your boost or set a trap. Boosting is surprisingly useful in a game where you’re already hurtling towards the finish line and, used correctly, can make a big difference to your finishing position As can traps: using these allows for you to set up an environmental hazard (like a rockslide, or using mines) to hamper your opponents.

The traps can be fun to use, especially when playing with friends in local multiplayer, but the weightlessness of the Gravs themselves means any impact is rather underwhelming. The same can be said when you collide into other vehicles, or with the side of the track; there’s no real feeling of impact. There is damage in Antigraviator, but it repairs itself quickly and it has no notable effect on the racing. As a result, each Grav feels more like an empty tin can than a formidable racing beast that can cause a lot of damage. 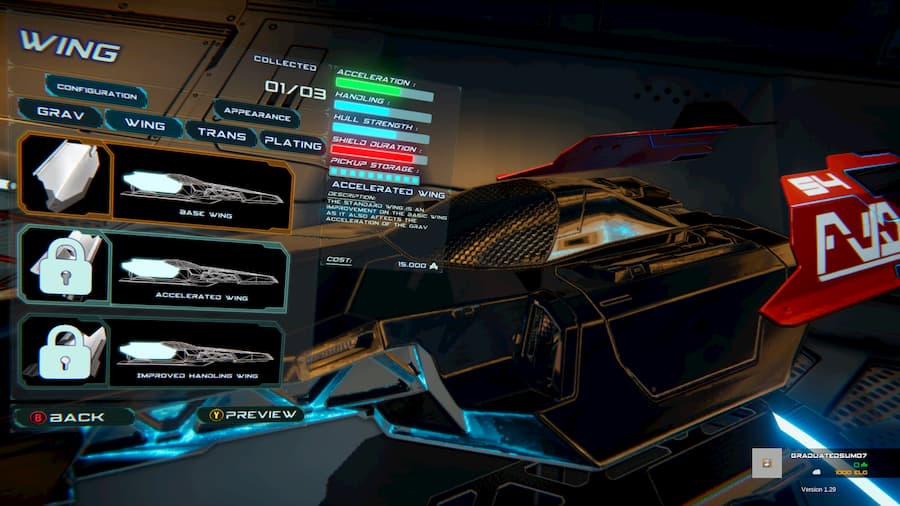 Coming first, second or third in any competition will give you money, and this can be used to upgrade your Grav. You can either upgrade the wings, the transmission, the plating, or even buy a new class of Grav. These allow for attributes like the acceleration, handling, hull strength, shield duration, and pickup storage to be improved.

Sadly, these options are quite limited, and it can take some time before the upgrades are available; the difficulty of the game makes it tough to earn money. A wider variety of options and upgrades could really help make you feel like you’re progressing. As it is, the limited upgrades struggle to make any real impact to your vehicle.

It’s not all bad though. If you enjoy anti-gravity racers, Antigraviator does do some things well. The lengthy campaign means there’s plenty of content, its environments are well-designed, and the pure speed generated from the Gravs is unreal. But that overwhelming speed with no real feeling of weight means courses aren’t always particularly fun to race around. With repetitive tracks and disappointing upgrade options, it’s hard to find reason to keep playing after a couple of hours. It might be fast, but Antigraviator never really leaves second gear.

Antigraviator is available on PC, PS4 and Xbox One. We reviewed the game on Xbox One with a code provided by the publisher.