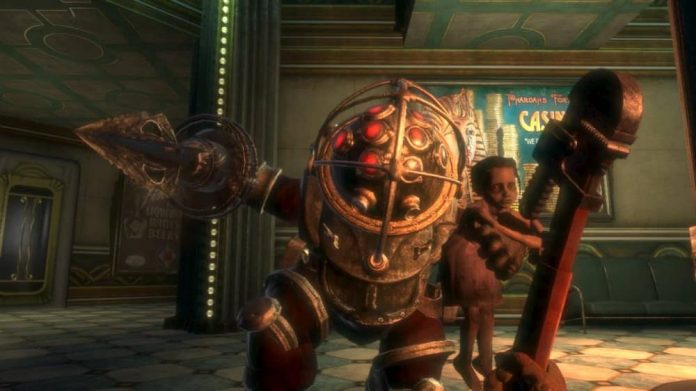 Bioshock: The Collection was released on Nintendo Switch last Friday, but PS4 and Xbox One gamers also have a reason to rejoice.

To coincide with the collection’s release on Switch, the PS4 and Xbox One versions have been updated to make use of the extra power available to PS4 Pro and Xbox One X.

While the menus of Bioshock and Bioshock 2 are still a little blurry, when in-game players will find that Rapture now looks better then ever at 4K. Performance has been enhanced too, making the games play better than ever on console. Or at least on PS4 Pro, anyway. On Xbox One X, an unfortunate bug that causes judder in both games has also been introduced with the update. Hopefully it’ll be fixed shortly, though they are still very playable.

When it comes to Bioshock: Infinite, it looks a lot sharper but isn’t native 4K like the original Bioshock and its sequel. Still, it looks a hell of a lot nicer than it did, and doesn’t suffer from any judder.