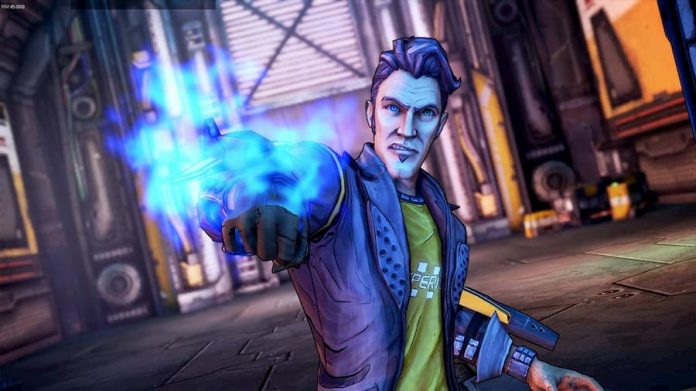 Way back in 2009 Gearbox Software released Borderlands, a first-person shooter with action RPG elements. And it went down a storm.

What was the root of Borderlands‘ success? That’s hard to pin down exactly. It could have been its humour, which genuinely had players guffawing; or its abundance of loot. It could have even simply been Claptrap, the lovable little robot that has become somewhat of a mascot for the series. In any case, we’re glad that it was successful as it pioneered the loot-shooter genre. And with Borderlands 3 it perhaps still rules it.

Forget Borderlands 3 though. There’s a current generation console that until recently didn’t have any Borderlands titles available on it: the Nintendo Switch. Borderlands Legendary Collection has fixed that error. Bundling up Borderlands Game of the Year Edition and Borderlands: The Handsome Jack Collection, it presents the first three games in the series with all (well, nearly all) of their DLC in one handy package. But most importantly, the ports are good.

While Borderlands, Borderlands 2 and Borderland The Pre-Sequel are all fairly old games now, their cel-shaded art style means they’re all nearly as visually impressive now as they were all those years ago. Whichever game you you load up, you’ll find character models that are big on personality and environments that are as enticing to explore as they are vast. They’re impressively crisp on Switch, too, whether you play handheld or docked, and performance is solid. Unlike some ports, the games found in Borderlands Legendary Collection don’t feel like they’ve been roughly shoehorned onto the hardware.

Borderlands 2 is undoubtedly the best of the bunch; a rollicking adventure that has you facing up against the enigmatic Handsome Jack. Compared to the original Borderlands there’s more emphasis on story, and the humour is cranked up to eleven. Perhaps more importantly, however, it introduces quality of life features that make some aspects of the game less of a chore, and has more interesting loot. Four sizeable expansions and two additional playable characters were released for Borderlands 2 and they’re all included. Tiny Tina’s Assault on Dragon Keep is particularity noteworthy if only for letting you slap Prince Jeffrey – a send up of Games of Thrones‘ King Joffrey. 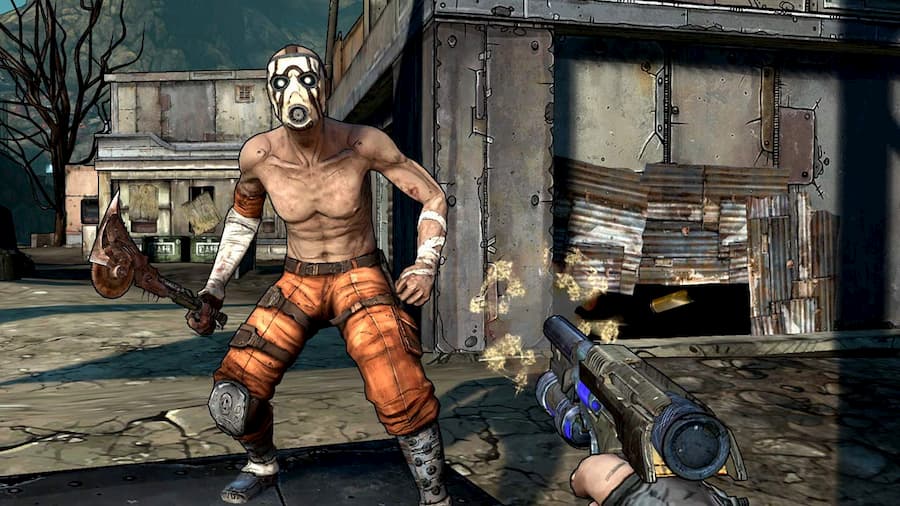 While Borderlands 2 is undoubtedly the highlight of the Borderlands series so far, however, it doesn’t mean that the original Borderlands and Borderlands The Pre-Sequel aren’t worthy of your time. Along with having their own stories to tell, they each have their own playable characters and unique quirks. In fact, you’re probably better off playing Borderlands 2 last.

Being the first game in the series, Borderlands Games of the Year Edition is the best place to start. Gameplay-wise it’s understandably the most basic of the three, but not so much so that it’s any real detriment. In fact, some might prefer its more airy feel – it lets you breath more. In any case, quality of life features found in subsequent releases are implemented, making it play better then ever. Its success led to four expansion packs being released for the game which are all included. Overall, there’s tens if not hundreds of hours of gameplay to be found. It’s now just overshadowed by the laughs provided by its sequels and their even more ridiculous weapons. 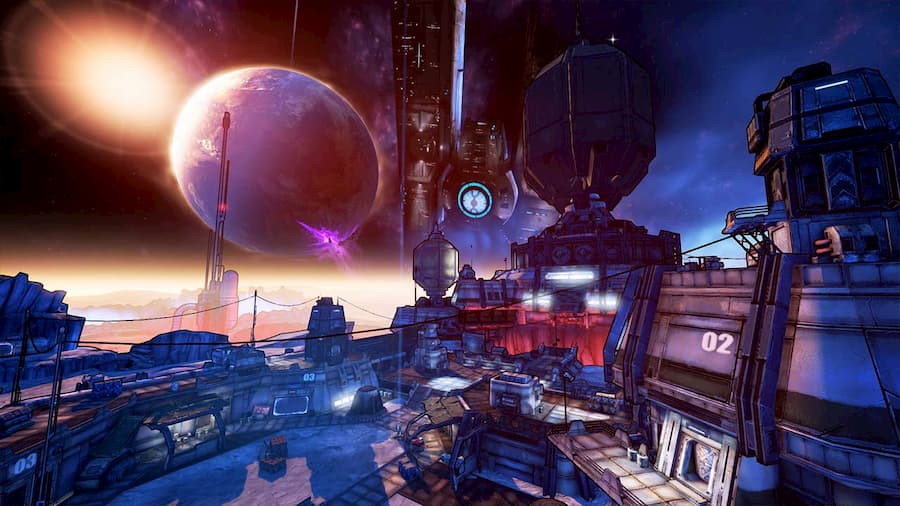 “Borderlands 2 is undoubtedly the highlight of the Borderlands series”

All three Borderlands games share the same gameplay loop; you follow the story, explore large open environments as you go, take on side missions, and power your characters up by gaining levels and equipping better loot. As you progress through each game the scenarios get more outlandish, however, and the weapons become more varied and ridiculous. There are pistols that you dispose of when reloading, for example, which subsequently explode and deal great amounts of damage to nearby enemies, and there are assault rifles that fire rockets. Even shields become contraptions to be feared by enemies,  releasing rings of fiery death or other effects when depleted.

Your interest is held by the desire to make your vault hunter the ultimate killing machine. Like any good loot-based game, you’ll be keen to try out any new bits of gear that might increase your power – especially if they’re rare. A colour-coded grading system allows you to instantly grasp if an item is going to be of interest to you or not, and your eyes will light up whenever you see a legendary orange item drop. They have unique effects that you might even consider building your character around in the end game. 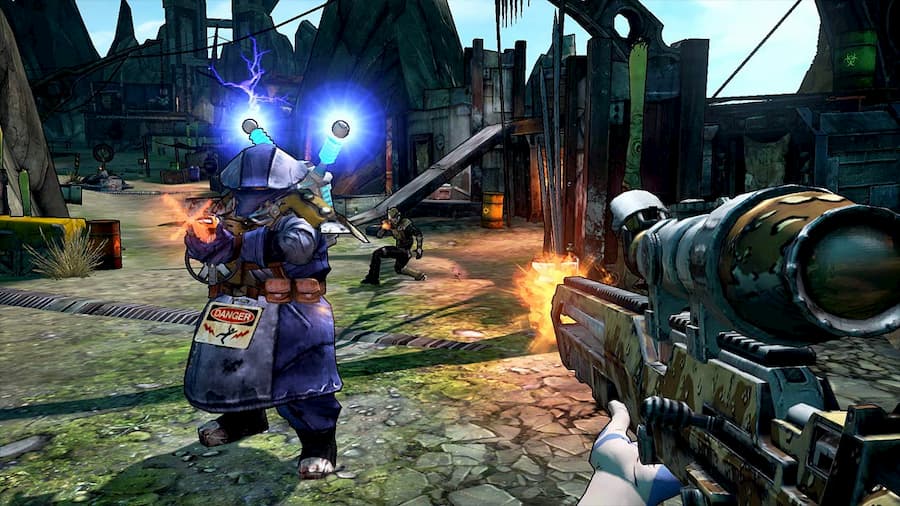 “Whether you’re a fan of the series or someone interested in jumping in, Borderlands Legendary Collection is outstanding”

What really makes each and every Borderlands game shine, however, is co-op play, and there are no compromises on Switch. Local two-player split-screen is supported whether you’re playing docked or undocked, though we don’t recommend split-screen undocked play as you’re hardly able to see anything on just half of the Switch’s small screen. Online co-op is the optimal way to play, allowing you to team up with up to three others while having the screen all to yourself. When playing in co-op, every game in Borderlands Legendary Collection is at its best, with players able to use their unique skills to support others. Just be aware that you’ll have to fight over any loot that you find.

All three games in Borderlands Legendary Collection are very nearly flawless. There’s perhaps just a little too much to-ing and fro-ing; and as you go from one game to the other you’ll find that the series hasn’t evolved all that much over the years. Still, if you’re into looting and shooting, you really can’t go wrong. Gyro aiming is built into the Switch versions of these games, too, adding a new gameplay dimension. Needless to say, whether you’re a fan of the series or someone interested in jumping in, Borderlands Legendary Collection is outstanding.

Borderlands Legendary Collection is available on PS4, Xbox One and Switch. We reviewed the Switch version with code provided by the game’s publisher.