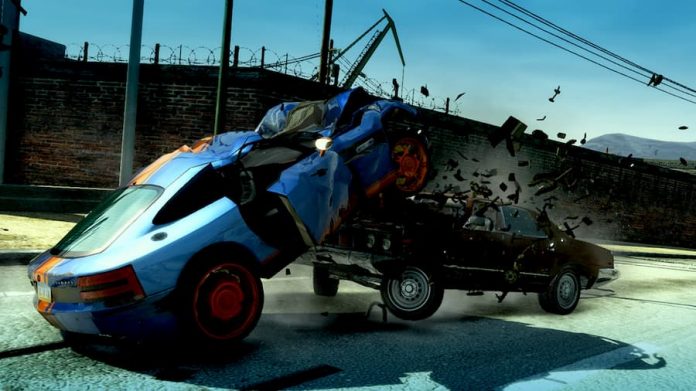 The last of the Burnout games, Burnout Paradise, took the series open world – and in doing so, it lost a little of its magic.

It’s all water under the bridge though now; the series has been dormant for so long that any Burnout title is to be treasured. And so Burnout Paradise Remastered landing on Switch is something to be celebrated. Especially when it’s turned out so well.

Just like when it launched on PS4, Xbox One and PC back in August 2018, Burnout Paradise Remastered on Switch includes all the DLC released for the title including Big Surf Island. That means there’s tens of hours of high-octane racing to be found, with a varied range of events and activities to keep you glued to the screen. Even better, once you’ve entered Paradise City for the first time, all the additional content is promptly unlocked. That means you can quickly jump behind the wheel of a number of ridiculously fast cars, take a bike for a spin, or even visit Big Surf Island. Burnout Paradise Remastered just wants you to have fun.

“Burnout Paradise Remastered landing on Switch is something to be celebrated”

Unfortunately, Burnout Paradise‘s long-standing issues have once again been left unaddressed though. You can’t place markers on the game’s map to keep track of points of interest such as long jumps you can’t quite make in your current vehicle, for example. And you also can’t fast-travel. Burnout Paradise Remastered wants you to commit its map to memory and drive absolutely everywhere, and while that generally does lead to fun, sometimes it does feel like a chore.

Repetition also creeps in once you’ve put considerable hours into the game. Your aim in Burnout Paradise Remastered is to complete events to upgrade your licence, though every time you do so the events you’ve completed are reset. That means it’s inevitable that you’re going to end up completing some events multiple times. It wouldn’t be too bad, as generally you’ll at least be using a newer, faster vehicle to do so, but with Paradise City and Big Surf Island both being on the small side compared to today’s open worlds, the scenery doesn’t change all that much.

It does take a while for that repetition to set in, however. And you can stave it off by varying the events and activities you do. Alongside standard point-to-point races there are road rage events, stunt runs and marked man events. When competing in an event doesn’t sound appealing, you can simply explore, seeking out smashable billboards, fences and impressive jumps. There are a whole load of challenges to complete, too, many of which require you to team up with others online. Competitive online racing is also on the cards if you’d rather compete than cooperate.

Even individual streets are gamified in Burnout Paradise Remastered. Players can compete for the fastest time on each and every one of them, or turn on Showtime to try and cause the most destruction. There’s just so much to do across Paradise City and Big Surf Island that you’ll willingly jump into Burnout Paradise Remastered time and time again. You might just feel a little burnt-out yourself at times and have to give it a rest for a week or so for it to become enjoyable again. 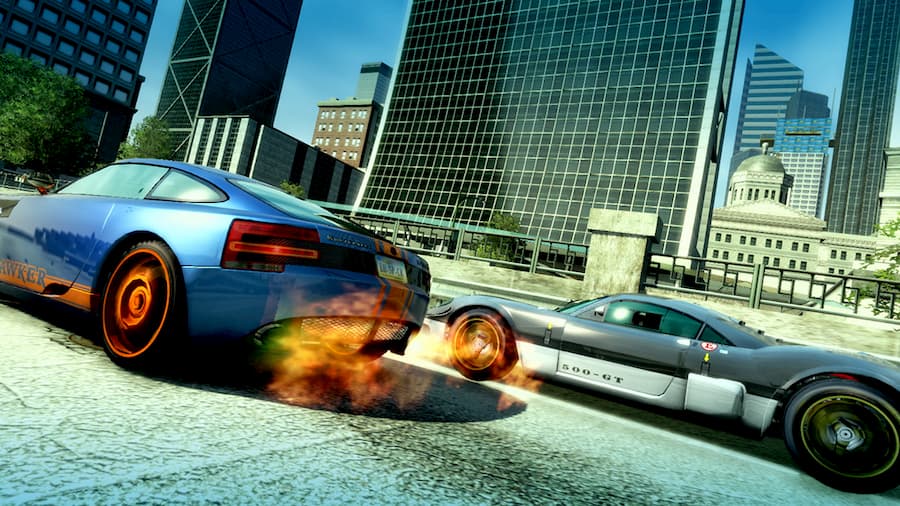 “Burnout Paradise Remastered feels like it was made for Switch”

With so few racing games being available on Switch, however, never mind open-world ones, Burnout Paradise Remastered is a breath of fresh air. It’s great being able to razz around while lazing in the garden or laid in bed. What’s more, Burnout Paradise Remastered looks and performs great on Switch too. It runs at a solid 60 fps, and the visuals are just as impressive as they are on other, more powerful formats. Even though it runs at a lower resolution, it is surprisingly sharp on Switch.

It’s the fact that Burnout Paradise Remastered works so well with the Switch’s digital triggers that really seals the deal though. There’s no need for nuanced acceleration and braking; you just keep hold of the accelerator, tap the gas when you want to drift around a corner, and that’s it. Unlike many racing games available on the format, Burnout Paradise Remastered feels like it was made for Switch, which instantly propels it ahead of the competition. Factor in the attractive visuals, flawless performance and an abundance of content, and you have a package that’s not to be missed.

Burnout Paradise Remastered is available on PS4, Xbox One, Switch and PC. We reviewed the Switch version with code provided by the game’s publisher..