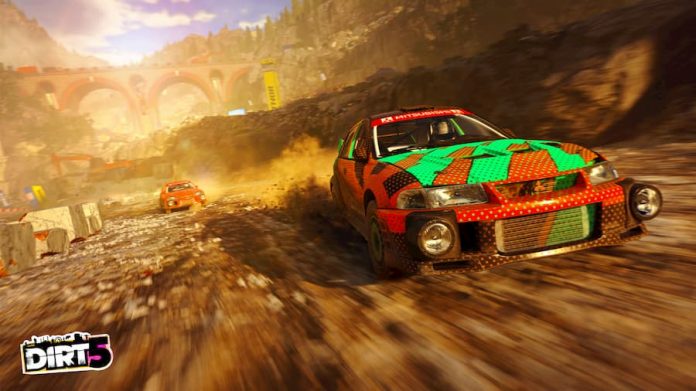 Launching later this year on current and next-gen consoles and PC, DIRT 5 aims to impress with an engaging career complete with a star-studded story.

Taking the spotlight is your aim in DIRT 5. After all, who wants to be second best? Taking part in an outrageous off-road racing series that has you travelling from continent to continent, you’ll eventually capture the attention of Alex Janièek, one of the sport’s most well-known competitors. He’s voiced by Troy Baker, by the way. Better known as AJ, he sees something in you and takes you under his wing, imparting upon you all the information you need to rise to the top of the sport he’s dominated for years.

It’s naive to think that you’re the only new racer that’s competent, however. Also fresh to the sport is Bruno Durand, voiced by Nolan North. A champion in other off-road disciplines, his competitiveness means he clashes with AJ, and the resulting drama paves the way for you to truly make a name for yourself. Don’t mess it up.

DIRT 5‘s career mode will be split into five chapters, each capturing a key moment of the narrative. And progress isn’t a straight line – each chapter will offer you multiple paths to take. As you complete races you’ll earn stamps; the better you place, the more stamps you earn. Once you’ve acquired a certain number of stamps, a chapter’s main event is unlocked, in which placing third or better allows you to progress to the next. Complete certain objectives, and you might unlock some special one-on-one Throwdowns, too. 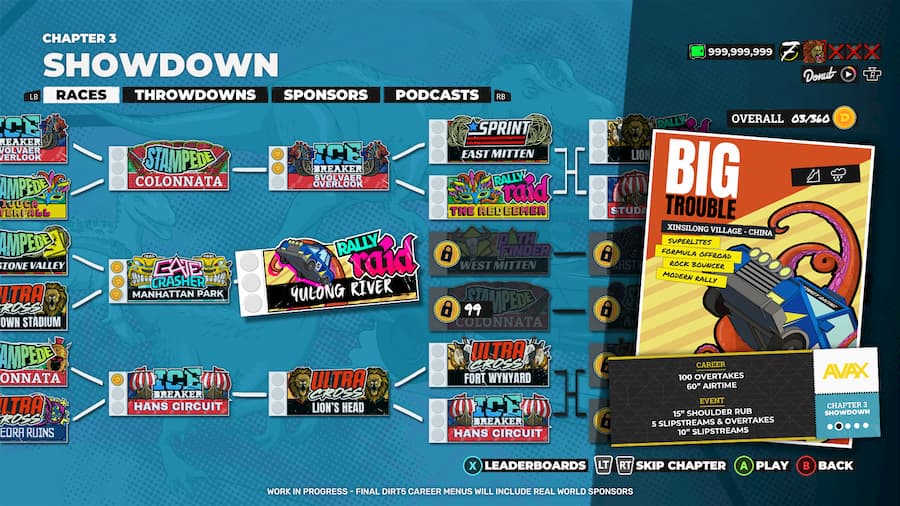 Overall, there are over 130 events spread across nine different race types. You don’t have to worry about missing events due to the career’s multiple path structure, either; you can go back and complete those you’ve missed. And here’s something really cool: four-player split-screen is also possible in career mode. Players can drop in at any time and take control of what would otherwise be an AI controlled car. The host gets the credit for whoever places the highest, perhaps making the game easier, but also a lot more fun. And while those dropping in for co-op won’t progress their own careers, they will at least keep any XP and cash earned.

We have a feeling that rally fans who like a bit of fun will really like DIRT 5 when it launches later this year.