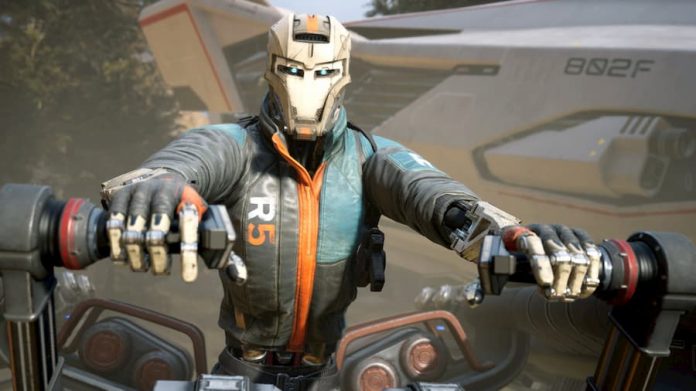 Imagine a world in which human brains can be integrated into robotic bodies. Would you undergo the procedure?

In the world of Disintegration it had to be done to avoid the extinction of humankind, with these “Integrated” beings now outnumbering actual humans. And while it was supposed to be a temporary solution, many consider themselves the next evolution of humanity and don’t want things to go back to how they were. They collectively call themselves the Rayonne. There are still some Integrated that cling on to the idea of humanity returning to what it once was, however, and they’re more than willing to fight for it.

Disintegration‘s story centres around Romer Shoal, a former Gravcycle pilot who’s somewhat of a celebrity. He, along with others, has found himself held captive by Black Shuck, a Rayonne commander tasked with hunting down and eliminating the resistance. When presented with the chance to escape he doesn’t hesitate, and ends up back on Earth with a group of fellow escapees. But they’re not done. Rallied into action, they decide to fight for a better future. Together.

“A unique mix of first-person shooter and real-time strategy”

Unfortunately, while the premise of Disintegration‘s story might capture your attention, it’s not executed very well in the game’s single player campaign. While each of the Integrated that make up Romer’s crew are big on personality, they’re never really given a chance to shine. Cutscenes are bland, and moments where you can walk around and talk to your crew between missions feel like lifeless filler. As a result, moments that should make an impact don’t, and it’s a shame. Disintegration‘s story is a missed opportunity.

Thankfully, Disintegration‘s gameplay isn’t anywhere near as disappointing. A unique mix of first-person shooter and real-time strategy, you can get into the thick of the action if you like, firing weapons equipped to your Gravcycle, or you can command your ground troops from afar. Ideally you’ll do both. With just a simple push of a button you can command your ground troops to focus fire on a certain enemy, open a container to see if there’s any loot inside, or interact with a mission critical device. And with the d-pad you can ready up one of their special skills, from creating a field that slows enemies down to unleashing a barrage of missiles. 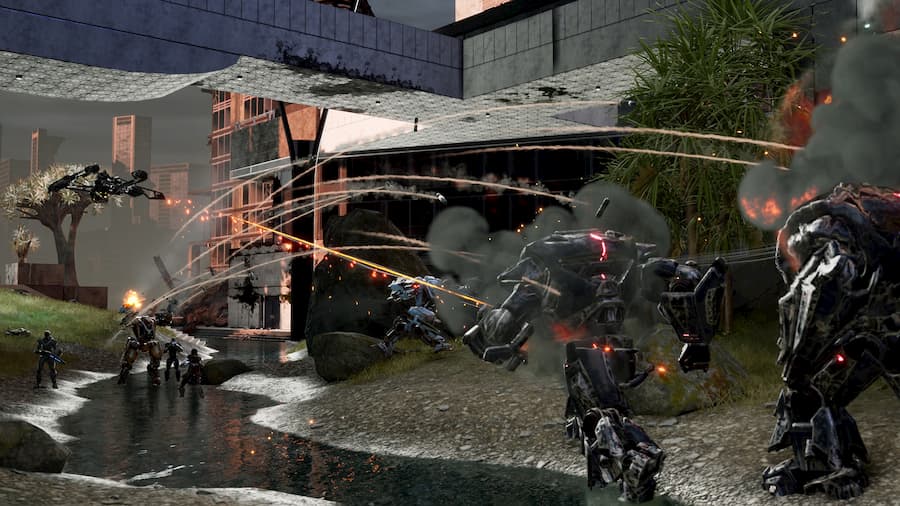 “While the premise of Disintegration‘s story might capture your attention, it’s not executed very well”

Depending on the difficulty you play on, utilising Disintegration‘s RTS elements becomes more or less vital to your success. Play on Story difficulty and you can tackle the majority of combat encounters without issuing a single command. Crank it up some, however, and you won’t get very far at all without making effective use of your team. It also pays to scour every mission for upgrade chips; without them, Romer and his friends may quickly find themselves outclassed by the forces they face. But you’ll need to level up in order to install them, and that means finding scrap.

Disintegration‘s single-player missions are a varied bunch, but they share common elements; take down power stations maintaining shields, defend locations from enemy forces, rescue fellow outlaws. They’re mostly enjoyable, but they often feel repetitive and drawn out. The difficulty level can be quite erratic at times, too. You’ll breeze though most encounters, but then maybe find yourself struggling when forced to fend for yourself. And when it comes to your crew who operate on the ground, it’s a shame you can’t decide which members you want to accompany you on any specific mission, or issue them individual commands.

As the credits roll after eight or so hours of play, you probably won’t feel like the story has been resolved. You’ll be glad that the campaign is over, however, as past the first handful of missions there’s nothing genuinely new; you just feel like you’re going through the motions in the second half of the game. If you do wish to return, each mission has three generic optional objectives for you to complete, and you’re unlikely to max out the stats of your crew just playing through each mission once. Neither of those prospects are likely to generate much enthusiasm though.

Along with its single-player campaign, Disintegration also has team-based competitive online multiplayer. There are three match types – Zone Control, Collector, and Retrieval – each offering a little something different. There are multiple Crews to select, too, each with their own quirks. Combined with Disintegration‘s unique gameplay, I imagine it all makes for an interesting setup. But the key word there is ‘imagine’. I haven’t been able to find a single match since launch so can’t really pass on any real judgement other than it already seems dead. A shame, really.

So, with its online multiplayer seemingly unable to get off the ground from the outset, Disintegration is only worth picking up at this point for its single-player campaign. With even that having its fair share of issues, however, it’s hard to recommended. There’s quite a bit to like, and the groundwork that has been laid would make for a great follow up with a better story and more strategic depth, but ultimately Disintegration feels like a hollow shell of what it could have been.

Disintegration is available on PS4, Xbox One and PC. We reviewed it on Xbox One X with a code provided by the game’s publisher. 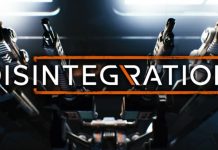