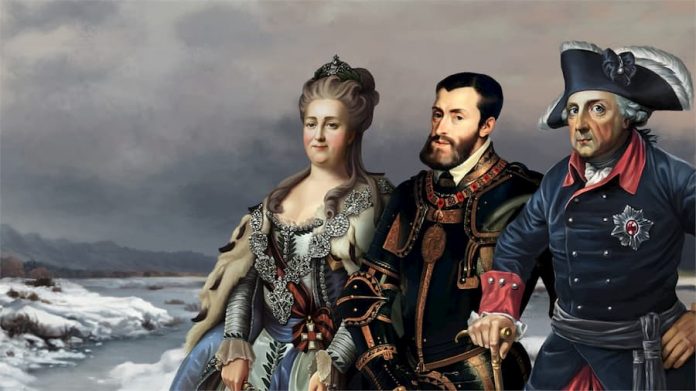 I’ll preface this by saying: Paradox Interactive’s Europa Universalis IV is one of my favourite games of all time.

This behemoth of a game is the only grand strategy game that allows you to take wildly different approaches but still succeed. Taking place between the renaissance era and the burgeoning of imperial empires, it focuses on the emergence of the modern nation state. It covers the rise of political philosophy in the west, rise of nationality and the first global empires.

The wide gamut of gameplay styles that Europa Universalis IV allows for is perhaps what makes it stand out so much. I prefer to take an RPG-inspired approach; I try to build a thriving trade empire or expand my military presence on the continent. With the plethora of events that pop up, and the push-and-pull of various forces, you truly feel the true weight of your nation on your shoulders. Every decision counts and needs radical thought. But for everything it does right, there’s one glaring issue that I can’t stop thinking about: its inclusion of slavery.

It’s not so much a surprise that a game set between the 15th and 19th century features slavery; it covers the beginning of colonisation and the start of the bloody and egregious Atlantic slave trade. As an aspiring nation state, you can choose to engage in it if you wish. In fact, the use of colonisation is very much useful for European nations as they become rich off the back of this practice. As it did in our history. So at least – to some degree – Europa Universalis IV represents the historical facts.

But there has been a glaring omission of ethical consideration: Europa Universalis IV seemingly has no qualms about gamifying the horrendous acts that happened during these times and the social consequences that we are still feeling today. And, especially in the woke of the worldwide Black Lives Matter movement, I feel it’s something that Paradox should address.

Now, it’s not right to remove slavery from the game – it’s something that happened, and as a game that bases itself on real places and events, to omit it altogether would also be a controversial choice. Foreign nations and their people were exploited for gain – and in terms of Europa Universalis IV‘s game mechanics, you can plainly see the reason why these nations did so. However: the ethical implications of such actions are met with little resistance within the game, despite there being sufficient hurdles to overcome – and there was backlash even back in the 16th century.

Prominent leaders such as Nzindga of Ndongo and Matamba fiercely fought against the Europeans to keep her people free from slavery; and there is no mention of the abolitionists movements that forced nation like the UK to abandoning the practice. These historical events could be used as a catalyst within Europa Universalis IV to show the ethical implications of slavery and to drive home the fact that it wasn’t just seen as a given.

There is also a problem with how the game shows the process of slavery. It is odd and uncomfortable to see slaves displayed as a resource, in the same way you see gems and cattle. While I know the idea is to paint the world as it was and not beautify it, you can not do this without some ethical explanation alongside it. Even some kind of gameplay mechanic that help you understand the plight and consequences of slavery would go a long way here.

Europa Universalis IV also doesn’t truly show how slaves were captured; most come from raids on neighbouring states, as war hostages or criminals. Nations that were the most active in supplying slaves became vilified by their neighbours. Dahomey and Benin, for example, became rich nations – but at the expense of the ire of their neighbours. Slaves themselves were mainly seen as economically beneficial in the development of the Americas and the plantations there. As such, displaying slaves as a resource number seems an odd choice when they were more sought after for their manpower.

I feel that Paradox has an opportunity to better show the villainy of slavery Europa Universalis IV by making African nations choose between small term gain for development and population costs as well as showing you as an aggressive African nation. This would go some way towards solving the inconsistencies and problems of slavery in Africa. If many African nations stood tall and united then it would force a heavier cost for Europeans. That would somewhat solve the problem for African nations, but not for Europe.

As it stands, there’s a complete lack of any moral objections or issues for European nations that engaged in the practice. The nearest Europa Universalis IV ever gets to this is by making you choose your stance on native repression when colonising. By being more authoritarian, you end up with more uprising in your colonies. Being more approachable leads to less growth but also less rebellion. This could be expanded upon to include more historical events to show the true brutal cost of colonisation.

Britain had many moral and legal battles throughout the 17th and 18th century that led to the abolition of slavery in the early 19th century. The argument of slavery, that it was justified due to being a more civilised race, no longer stood up to reason; as more people had contact with other races, they saw first-hand that this was plainly false. This debate, while fought in the courts, was often argued on moral grounds and forced Britain to give up the practice. If the powers that be decided to carry on the practice, then slavery would have cost more than its benefits, due to protests and significant rebellions.

If these issues were replicated in game, it would show players how the practice of slavery hurts their nation. It would drive home the message that slavery is wrong through gaming mechanics as well as teaching the history of slavery and its abolition. In fact, abolition could (and should) add prestige; Britain used it (with no sense of self-observation) as a reason to fight against the supposed tyranny of Napoleon, assuming the moral high ground against a slaving dictator.

So, as much as I love Europa Universalis IV, it needs to address the Atlantic slave trade in a way that shows how morally repugnant it was – and it has the perfect platform to do. Yes, you may get rich off it, but you should despise yourself for doing so – and your country will (slowly) get wise to human rights. It isn’t okay for these issues to be represented only as numbers to exploit; it dehumanises the struggles people went through. If someone spends countless hours seeing slaves as numbers in a game, it can undermine their own understanding of the issue. I trust Paradox uses its platform to educate its players on such an important issue.