Dysis – or Vanille, as she pretends to be called – finds herself on a strange, deserted island. She’s been tasked to find the mysterious Evan, but where to begin?

Evan’s Remains, an enchanting indie title available now on PC and consoles, plays its cards very close to its chest; at least to begin with. Dysis seems to work for a futuristic corporation called Up-Link and Evan, the target of her mission, is related to that corporation. We don’t learn a great deal more than that in the first hour of the game, but Evan’s Remains drip-feeds information at just the right pace to keep us hooked.

As Dysis makes her way across the island, she’ll come across ancient puzzles. She’ll need to solve these if she wants to progress. They’re well-designed; in charge of Dysis, you’ll have to jump between platforms and operate switches. The switches make platforms appear and disappear, so you’ll need to figure out the correct order to jump on them. The goal is always the same; to reach the top-right of the screen, high enough to jump over the tall pillar. 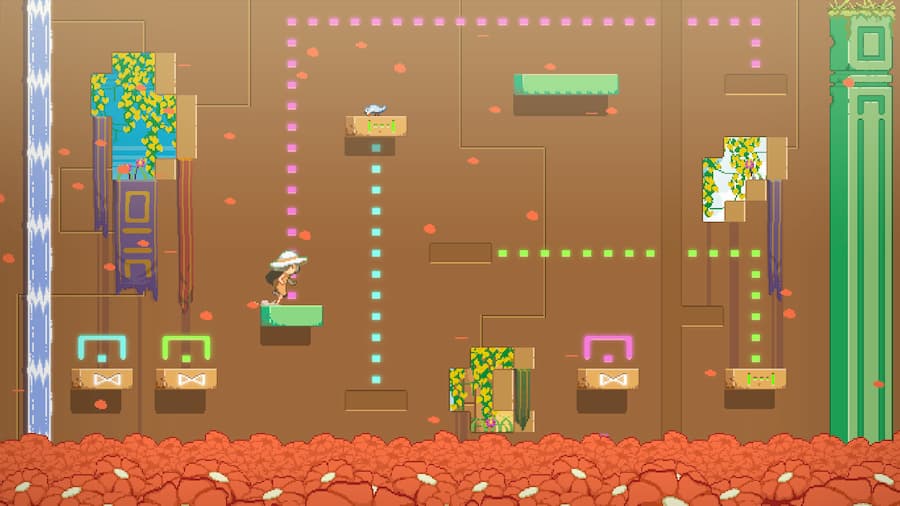 While puzzle solving is the crux of Evan’s Remains’ gameplay, the heart is within the narrative. Between solving the puzzles, you’ll experience beautiful cutscenes. Dysis converses with a stranger she meets on the island, and with Nikola, a colleague she’s in touch with via a communication device. Although everything starts out very cryptic, the narrative soon begins to unravel in such a way that draws you in.

Expect teleportation, legends of immortality and technology beyond our wildest dreams – all presented in a beautiful 2D pixel art package. For a taste of what to expect from Evan’s Remains, give the video atop this post a watch, where you can see the first 40 minutes of gameplay. Though if you’re a fan of puzzles and intriguing stories, you probably should just play it for yourself.

Evan’s Remains is available now on PC, PS4, Xbox One and Switch.