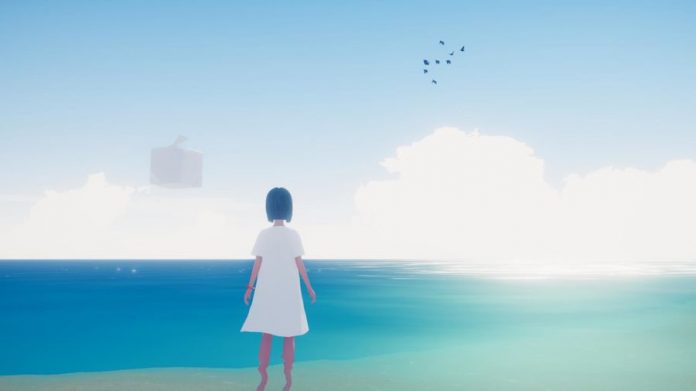 Ever Forward will have you scratching your head.

Not because the puzzles are offensively obtuse – though they’re challenging enough to keep you on your toes. Instead, it’s figuring out what’s really going on that’ll make your brain hurt.

Coming across as a mash-up of Portal and Neil Gaiman’s Coraline, Ever Forward (from the team behind My Time At Portia) will have you asking questions from the get-go. Roaming the demo’s gorgeous, otherworldly landscape, my mind was working overtime as I mulled over various theories.

Is Maya, the white-clad girl you play as, actually real? Ever Forward‘s cutscenes paint a picture of a child who, as adorable and well-behaved as she is, is regularly abandoned by her scientist mother. But if Ever Forward represents her retreat into an imaginary world, why is her mindscape made up of vast, floating stone platforms? Did her neglectful parents accidentally put Hellraiser 2 in the Peppa Pig DVD case? And what about the Roundy-Bots; the floating gun turrets that regularly impede your progress?

Is this warped world actually real? Bored to tears, could the youngster have stumbled across some dimension-breaching device her mother was working on? 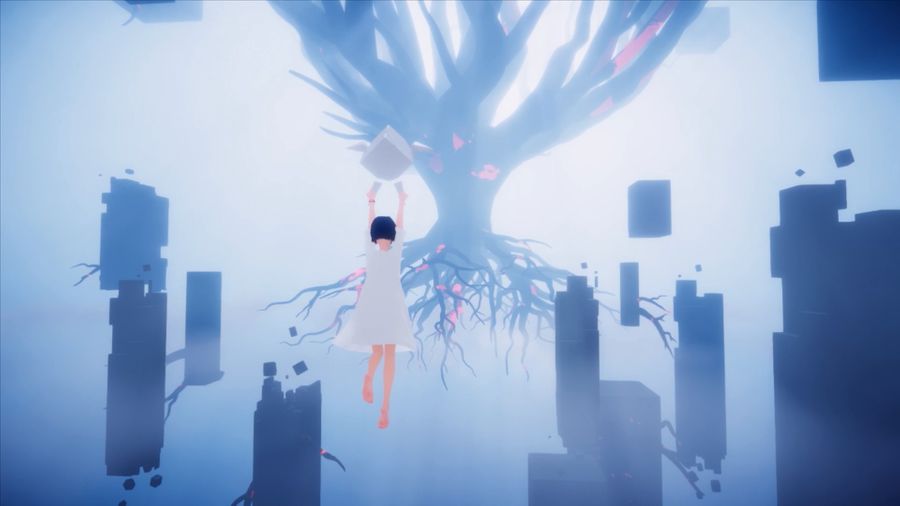 Whatever the truth is, it’s a mercy that Maya is so calm about this whole situation. You can even count on her to tip-toeing around the aforementioned turrets, though those aren’t the only hazards you’ll face. You progress through Ever Forward‘s weird world by picking up cubes and plonking them down on various activation points. Sounds easy, right?

The snag is that throwing these cubes are the key to distracting the turrets. One early puzzle had me wishing I could just boot the turrets into the abyss until I figured out what Ever Forward wanted me to do. I used the cube to trigger a platform, snatched it up and hurled to distract the turret, then made a dash for it before the platform retracted back into the wall. Each new puzzle gave me more food for thought, though frustration never kicked in. 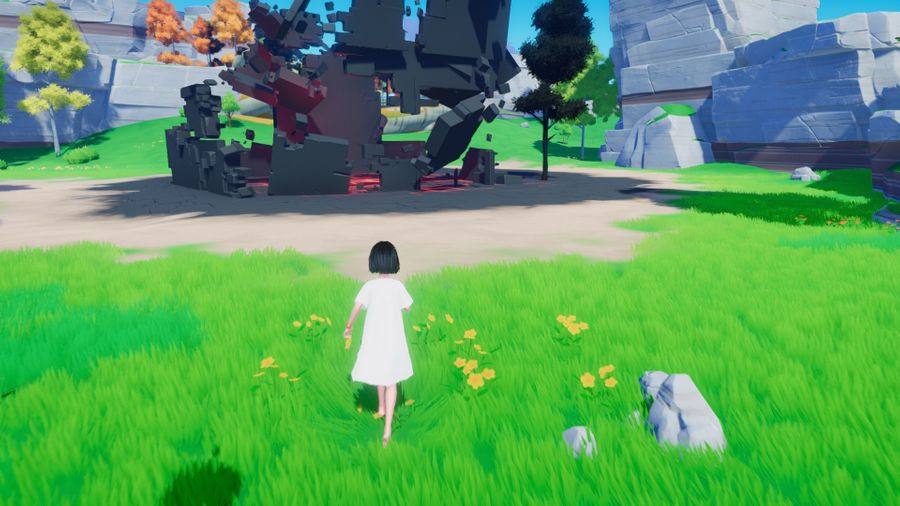 The dreamlike aesthetic may be at odds with the machines that can murder you at any time, but it’s a gorgeous world to explore. Add in the chilled, ambient soundtrack, this action puzzler is an even more appealing prospect. The occasional glimpses of a greener, less murderous world also leave you wanting more.

As a taste of things to come, Ever Forward’s demo definitely has me intrigued. And not just because I want to find out if Maya was Dead The Whole Time.

You can try the demo out for yourself now. The full game is releasing in July. 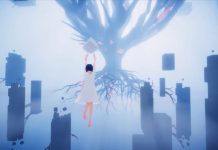