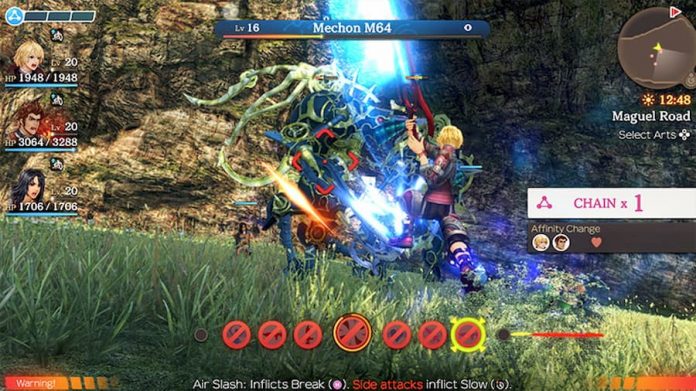 Being an RPG, you’re going to get into a lot of fights in Xenoblade Chronicles: Definitive Edition.

Like most RPGs, engaging in combat in Xenoblade Chronicles: Definitive Edition is beneficial as it allows you to level up your characters, develop your skills, and obtain loot. Its combat system is fairly unique, however, so we’ve put together a combat guide to help you fight more effectively.

As you play though Xenoblade Chronicles: Definitive Edition‘s story, many fights are unavoidable. As you move from place to place, however, most of the creatures you encounter are fairly docile, happy to just let you stroll by. So, if you want to start a fight with an enemy, simply press the left and right shoulder buttons to cycle between the enemies on screen, then press the A button to commence your attack. When in combat, you can change your target with the left and right shoulder buttons.

Upon choosing a target, your character will attack automatically providing they are in range. Some characters need to be up close to attack, while others can stand a bit further away. While free to use, basic attacks don’t do a great of damage, so you’re going to want to make use of more powerful Arts where possible.

Arts are special skills available to each character. Access them by pressing left and right on the d-pad, and then press the A button to use them. Be aware that some Arts have bonus effects for using them effectively. Shulk’s Back Slash, for example, does double damage if it does indeed hit an enemy’s back. Many other Arts also cause status effects if used in certain ways. Check their descriptions to get the most out of them.

To prevent you from using powerful Arts repeatedly, they have cooldown timers. To reduce the timer, keep hitting enemies with basic attacks. The cooldown timer for each Art can also be reduced by levelling it up.

When up against Mechon and other powerful foes, make use of topple. To topple enemies, use a Break Art on them to inflict break (Arts with pink icons), and then quickly use a Topple Art on them to knock them down (Arts with green icons). Once and enemy has been toppled, it will be incapacitated for a short while, allowing you to inflict a great amount of damage risk-free. It’s also the only way that characters other than Shulk can damage Mechon without being buffed. Use topple effectively, and you’ll find Xenoblade Chronicles: Definitive Edition that bit easier.

When a party member has the attention of an enemy, a red circle will appear at their feet. Where possible, use your most powerful characters with high HP and defence to draw aggro away from weaker characters. There are skills you can use to do that, and simply causing large amounts of damage to an enemy also draws their attention. Use aggro to your advantage. For example, as mentioned previously, Shulk’s Back Slash Art does double damage to an enemy if it hits their back; getting Reyn to attract an enemy’s attention presents the perfect opportunity to get behind them and command Shulk to use it.

Perform well in combat, and the Party Gauge in the upper land-hand corner of the screen will fill up. When one bar is filled, you can use it to revive a teammate who has fallen in battle. Simply walk up to them and press B. You can also use one bar to warn a teammate of impending danger if needs be. When all three bars of the Party Gauge are filled, you can perform a powerful Chain Attack.

Chain attacks are great for toppling the most powerful enemies in Xenoblade Chronicles: Definitive Edition. When all three bars of the Party Gauge are filled, you’re able to make use of a Chain Attack by moving your cursor to your character’s Talent Art icon in the centre of their Art palette, and then pressing up or down until the Chain Attack icon is highlighted. When you then press A, time will freeze and you’ll be able to select an Art for each team member in your party to use. Use the same colour skills with each character, and the Chain Attack’s effectiveness will increase.

Once each character has used their Art during a Chain Attack, a button prompt may appear onscreen. Press B in time and the Chain Attack will be extended. How many times a Chain Attack can be extended depends on the Affinity of your party members. So, develop Affinity if you want to cause maximum damage via Chain Attacks.

The final aspect of Xenoblade Chronicles: Definitive Edition‘s combat system you should be aware of is Shulk’s mysterious weapon, the Monado.

The only weapon that can damage the Mechon, the Monado has its own range of Arts that prove to be very useful. They primarily buff your allies, allowing them to momentarily damage Mechon and more, so make sure you use them to your advantage. Additional Monado Arts become available as you make your way through the game.

The Monado also allows Shulk to see into the future at times. For example, in the middle of combat, he might get a vision of an enemy unleashing a powerful attack on one of this allies. With that knowledge, you can change the future, using one bar of the Party Gauge to warn the ally in danger, or trying to defend them using a Monado Art. Just be quick.

If after following all this advice you’re still struggling with Xenoblade Chronicles: Definitive Edition‘s combat, be aware that there’s a Casual Mode. Enabling Causal Mode in the game’s menu makes combat much easier, allowing players to pretty much breeze through the game. Don’t be afraid or ashamed to use it if you want to enjoy the game’s story without the combat being a challenge every step of the way. 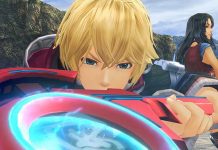 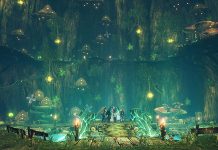 How to Save Your Game in Xenoblade Chronicles: Definitive Edition 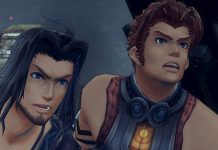 How Many Chapters Are There in Xenoblade Chronicles: Definitive Edition?

How Long Does it Take to Beat Xenoblade Chronicles: Definitive Edition?