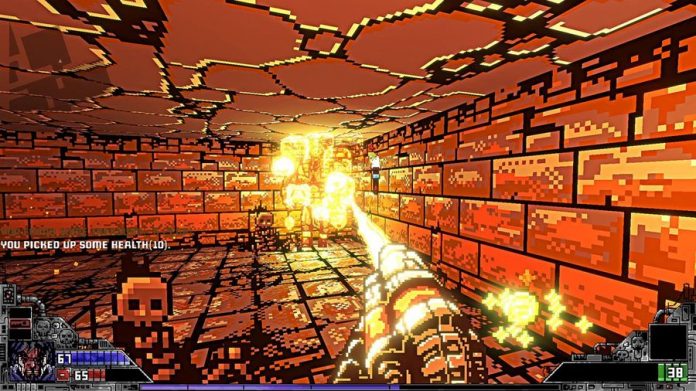 Wondering how to save your game in Project Warlock? You’re not the only one. Here’s what you need to know.

Played at casual difficulty level, Project Warlock is a fun but sometimes unforgiving retro shoot ’em up. However, higher difficulty levels limit you to three lives, meaning that saving your game could could be a real, er, lifesaver. So how do you go about doing that?

You don’t. Unfortunately, there’s no quick save or custom save option in Project Warlock. Instead, once you’ve completed a group of levels – the two sewer levels for example – your progress is automatically saved. If you die, you’ll return to the beginning of the level you’re on. However, if you exit to the workshop, or turn off the game, you’ll have to repeat that group of levels again.

If you do run out of lives entirely, it’s game over and you have to start from the beginning of Project Warlock. If you’re after a tougher experience, standard mode is the one to go for. But if you’re about to open a door and suspect there’s a horde of monsters behind it, you can’t quick save your game in case the fight goes badly.

If you’re playing Project Warlock in casual mode and you want to ensure your progress is saved, you’ll have to wade through enough corpses until you’ve beaten the current set of levels.