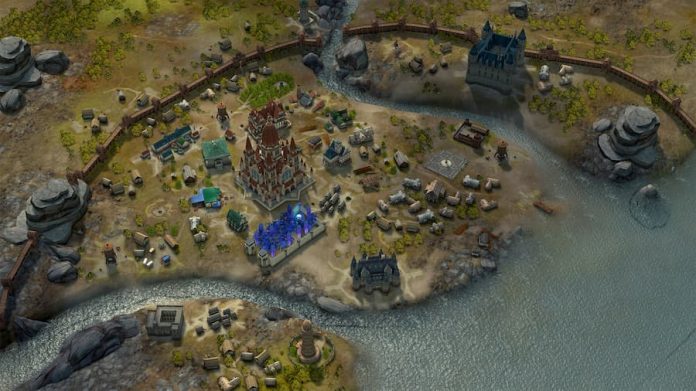 Pathfinder: Kingmaker, a PC RPG that originally landed on PC and Mac, is making its way to Xbox One and PS4.

Sporting a new turn-based mode, this isometric RPG will be released as Pathfinder: Kingmaker Definitive Edition. It’ll feature the original base game, Varnhold’s Lot and Beneath the Stolen Lands DLCs, and a handful of other content. The PC will also be getting this definitive edition, though it’s the first time it has graced consoles.

The game follows the exploits of an adventurer who, along with his fellow fortune-seekers, sets out to dispatch The Stag Lord, a bandit king. Things don’t work out quite as you had planned, though; you soon find yourself embroiled in a larger plot.

It sports choices that are more nuanced than just choosing whether to save someone from drowning or put your foot on their head and steal their kitten. How much effort you put into uncovering the realm’s lore will also have a bearing upon how the game unfolds.

Pathfinder: Kingmaker is based on the Pathfinder role-playing game system; there was previously a Pathfinder online game but development halted. A sequel, Pathfinder: Wrath of the Righteous is currently in development, having smashed its Kickstarter goal.