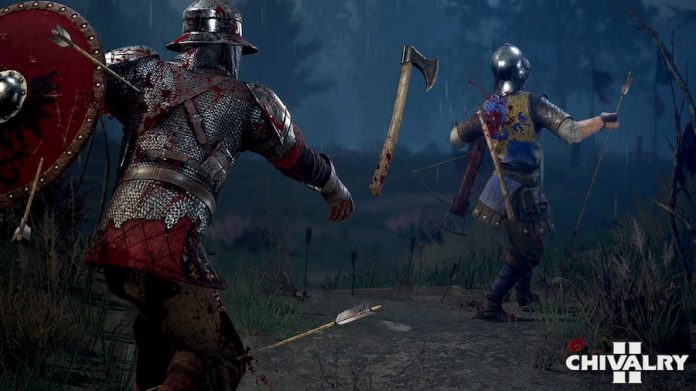 Chivalry 2, a multiplayer medieval first-person hack-em-up is coming to the current and next-gen crop of consoles (not you, Nintendo Switch).

If there’s one thing we’ve learned from Game of Thrones it’s that Daenerys Targaryen was basically Admiral Hux from Star Wars. If there’s another thing we’ve learned it’s that chivalry is for the winner. So when we get our hands on Chivalry 2, sequel to 2012’s Chivalry: Medieval Warfare, we’ll be winning by any means necessary; doing our level best not end up like Ned Stark.

Like its predecessor, Chivalry 2 will be an online-only game, with no single-player mode. The game promises small to massive-scale medieval battles; the designers claim Game of Thrones‘ The Battle of the Bastards as an inspiration, minus Jon Snow’s terrible, terrible decision making, we hope. Siege weaponry will also feature into the game, as will slaughtering “filthy peasants”, apparently. So that’s nice.

You’ll also be able to fight on after receiving a grievous injury, thanks to the use of bandages and revives. There’s no mention of leeches; a shame because we love the idea of someone rushing onto the field like a football first aider, slapping some blood-suckers on anyone who looks a bit poorly.

Tripwire Interactive will be publishing the game, which is developed by Torn Banner, though there’s no definite release date as yet. It’s currently in closed alpha, with a round of beta testing planned for later this year.

Chivalry 2 is set for a PC, Xbox One and PS4 release, supporting cross-play across all those platforms, with an a PlayStation 5 and Xbox Series X release to follow. Give the trailer a watch below. More information about the game can be found on its official website. 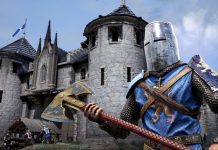